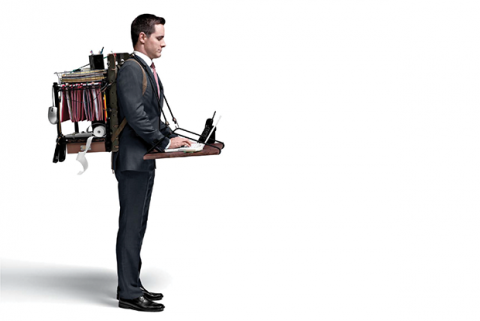 Major General Nick Justice has been singled out for his accomplishments working in various facets of technology during his nearly 43-year Army career. His many accolades include the Federal Computer Weekly’s Federal 100 Award in 2004 and 2008 and the 2008 Armed Forces Communications and Electronics Association Award of Excellence in Information Technology.

These days Major General Justice is consulting with commercial businesses, sharing his extensive IT knowledge. In this interview, we ask him to share his insights on the challenges facing CIOs in government and commercial industries.

The Enterprisers Project (TEP): What are some key differences between the challenges facing government CIOs and commercial CIOs?

Major General Justice: The most important difference is the budget process. In commercial business, expenses are tied to revenue generation. That link is the measure that justifies the commitment of fiscal resources. I have a financial goal tied to the investment. In fact, You have a disciplined process to evaluate the value of the investment. You see this play out when corporations report their numbers during their quarterly earnings calls. All these corporations have predicted their returns. It is a clear measure of suggest.

In the federal government, the CIO has a very difficult time in finding and validating his return on investment. It isn't tied to a common denominator across the enterprise called the dollar. His goals are not so clearly defined. Success is not defined in clear terms.

The government CIO also does not necessarily have that kind of cost accounting system in place in services and other products being produced. They don't necessarily have the total costs of ownership found in a commercial business where management systems helps allocate the cost of time and resources.

TEP: What might be some measurements government CIOs use to define return on investment?

Major General Justice: In the federal government, your ROI could be political goals and services. It may be an international relationship developed across international boundaries, or maybe a social benefit not traded in a market place. The return on investment may be measured in the number of people enfranchised to vote, school children vaccinated against disease, or an international crisis defused. Those systems are very difficult to measure. So the calculation of your return on investment is not nearly as precise as the kind of market analysis that you do on Wall Street. The business of government is fundamentally different from that of the corporate world.

TEP: You talked about some of the challenges government CIOs face, what are some challenges that commercial CIOs are facing?

Major General Justice: I think the biggest and most fundamental challenge for the CIO in the commercial world is investing in infrastructure. They’ve got to be able to map out over a long term what proves out to be a very expensive investment that often times has a pretty perishable life cycle. And that’s not just for high-end infrastructure. Even basic infrastructure can become fairly expensive. And once the CIO has invested in an infrastructure, it’s hard to move to a more modern evolving capability because the cost of change is expensive. Finding investment dollars – though different in process – is the challenge all CIOs face.

Read more from Major General Justice: Another way to look at recruiting government IT talent

Major General Nick Justice retired from the United States Army after more than 42-years of service as an American Soldier. His recent assignments include Commanding General, Research and Development Command and Aberdeen Proving Ground where he led the transformation of the installation during Base Realignment. In 2010, the Association of Defense Communities named MG Justice Military Leader of the Year. General Justice has received numerous awards and recognitions including being named the 2002 Army Acquisition Award for Excellence as PM of the Year Award. In 2004 and 2008 he was awarded Federal Computer Weekly's Federal 100 Award, as well as its Monticello Award in 2004.  In 2008 he received the Armed Forces Communications and Electronics Association Award of Excellence in Information Technology. In 2009, MG Justice was inducted into the Officer Candidate School Hall of Fame at Fort Benning, Georgia.