The CIO role in the age of digital transformation, and more news for IT pros 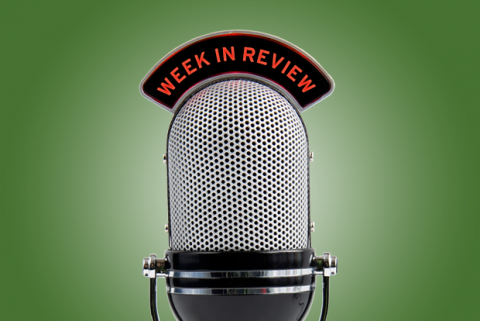 In this week's edition of news for CIOs and IT pros, we bring you the latest on the evolving CIO role – and where you can gain a competitive edge in the digital era. We've compiled some of the most compelling news references on the topic in the media this week.

CIOs need to welcome age of the algorithm, Gartner says (InformationWeek.com): “Digitalization is ushering in new demands on CIOs. Digitalization, Gartner claims, is already providing $1 trillion to the global economy and growing. Behind all of this new economy isn't data, but algorithms. And if you're still thinking about data, you're behind the curve. Gartner Research Peter Sondergaard said, 'Data is certainly necessary, but it is transient. By itself it is not transformative. The organization can view you as the data keeper, but anyone can store data. Anyone can hire someone to store data and even analyze it. Data is inherently dumb. It doesn't do anything unless you know how to use it and act with it. Algorithm is where the real value lies. Algorithms define action.'”

The CIO as champion of change (CIO.com): “The CIO job is more of a Chief Integration Officer than a Chief Information Officer. My job is to integrate multiple functions and be a champion of a change. As such, my goals are tied to the operating performance of the company, to our customer net promoter score, and to crewmember engagement. And I share these goals with other executives. When you share a net promoter score with your Chief Commercial Officer and your Chief Customer Experience Officer, you are collaborating with executives about how you can make the company better.” - JetBlue CIO Eash Sundaram

CIOs must befriend the new digital champion – CEO (cxotoday.com): “CEOs running companies conducting digital transformations are now spending more on technology that drives innovation, according to new research from PwC. In its recent study, which surveyed 2,000 executives throughout 51 countries, found, most businesses and IT execs – 73 percent – noted that their CEO is a “champion for digital.” This is an increase from the 2013 report where only 57 percent said the same. Collaborate or get marginalized.”

4 digital strategies that will give CIOs a competitive edge (CIO.com): “Three quarters of CIOs say that it is a challenge to balance current operations with innovation. Worse yet, even with sufficient time and resources, it’s not easy to turn a high-level strategy such as pursuing “mobile” or a “digital enterprise” into concrete initiatives. And, with virtually every business at least attempting to become agile, go mobile, move to the cloud, focus on actionable intelligence, create a data-driven culture, and so on and so forth, it’s getting harder for firms to differentiate themselves, much less attain and maintain competitive advantage.”

4 lessons in driving digital transformation (diginomica.com): “Organizations identified by the report’s co-authors as ‘digitally mature’ are more comfortable taking risks than less digitally mature ones - no surprises there. But the hallmark of successful digital leaders, they continue, is their understanding of the fact “that employees may be just as risk averse as their managers and will need support to become bolder.”