10 IT leaders share the technologists they'd invite to Thanksgiving dinner 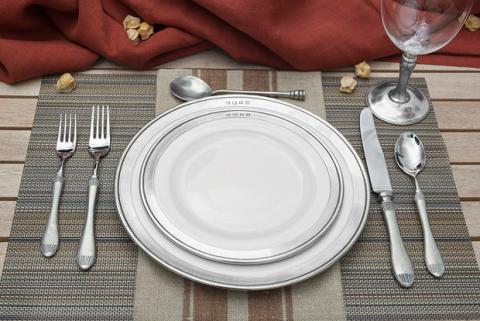 For CIOs and IT executives, Thanksgiving is a time to unplug and take a short break from big data, the Internet of Things, cybersecurity, digital innovation, and all the other daily stresses of their job. However, if given the chance to host one of the legendary minds of the technology community - past or present - who wouldn't pass up the opportunity to collaborate over the cranberry sauce.

For this article, we asked IT executives which techies they would share their Thanksgiving dinner with. Here's what they said.

The Chief Technology Officer of Amazon

"I would share Thanksgiving dinner with Werner Vogels. As CTO of Amazon since 2005, he's helped scale Amazon to unbelievable heights, going from online bookstore to changing the way developers approach computing infrastructure. It would be amazing to hear his thoughts on having been CTO of Amazon all these years and where he sees cloud computing going. He's also a great speaker and It would be interesting to hear about his transition from being a 'big thinker' CTO to an 'external facing technologist' (his own delineation for different CTO archetypes) and figuring out exactly what kind of CTO a company needs. This information would help me grow as a CTO by learning from one of the best." — Victor Cheng, CTO of PaperG

The originator of the actor model of concurrent computing

"I would invite Carl Hewitt. He designed the actor model of concurrent computing. The actor model has been made famous by the computer language Erlang, and today the Akka framework provides a toolkit for actor-based programming for large distributed, concurrent, and reliable systems - also known as reactive systems. I think that the actor model is extremely interesting and relevant today, and I am still learning more about how to efficiently use it to continue to scale the implementation of Sumo Logic's large-scale machine data analytics service. It would be great to hear more about his mental models to understand how the originator of the actor model would attack my design challenges today. I would also like to ask him how it feels having made such a significant contribution to the art of computing the year after which I was born (1973!) and really only seeing more mainstream adoption 20+ years later. And finally, I am wondering, what is he thinking about today that I will finally realize the value of in 20 years from now." — Christian Beedgen, Co-Founder & CTO, Sumo Logic

"Alan Turing. I would love to understand more about how he thinks, and his perspective on 'the Turing test' as it relates to our current view of computer learning, voice recognition, predictive analytics and things like that. I would also love to hear stories of his work during World War II. I have another top choice: Nikola Tesla — I have always wanted to spend time with Tesla, since he had so many ideas that are innovative and pushed the envelope, even by today’s standards. His mix of engineering and speculative scientific theories are very intriguing. I would also like to talk with him about how he would handle a 'do over' if he had another shot at trying to get his electrical system to be the standard for the world." — Dwayne Melancon, CTO of Tripwire

"I would pick Christopher Alexander, an architect whose work is so deep that it influenced computer science, architecture and the human condition all in one brushstroke. His work defined a pattern language for architectural spaces that are 'alive.' In the 90s, a gang of four computer scientists used his same approach to create design patterns that fundamentally changed the approach software engineers use to solve technical problems and create products. That success started many 'design pattern' approaches in different fields, but I think his work can go deeper. At the dinner table, our discussion would revolve around how to bring deep aliveness into today's user interfaces, mobile products and web solutions. Too many products nowadays resort to a marketing 101 playbook, all while glossing over the product itself and how the customer interacts with it. Finding the spaces that live within a product, and creating a pattern language for a product with a deep connection to the customer should provide a watershed moment for all sorts of innovation and technical progress in many different fields.” — Frits Habermann, CTO, PicMonkey

"One, Elon Musk: He's trying to tackle some of the biggest problems we face as humans. He has a unique ability to ignore all the naysayers and turn solutions into businesses with incredible tenacity. He keeps it interesting and captures the imagination of the mainstream population, way beyond Silicon Valley or even just the United States. Two, Vivek Ranadive: Cool dude and true visionary. Always ahead of his time and great at predicting the next big thing (analytics, realtime, messaging etc.). He revolutionized integration in the '90s and built an awesome company that left its mark on our industry. He bought a sports team and not just for bragging rights. He's super involved and attends most games cheering alongside his players, coaches and fans. And, three, Ratan Tata: He was able to continue the Tata legacy and expand the group into many different markets and remain humble throughout. A great philanthropist, Tata Group contributes to cancer research, schools and many other worthy causes. To me, he is the Bill Gates of India." — Nishant Patel, CTO and founder of Built.io

Creator of the heart of GPS, WiFi and Bluetooth

"Hedy Lamarr. In addition to being an amazing woman and actress, along with composer George Antheil, she devised a random frequency changing scheme that would enable Allied radar systems to avoid jamming equipment deployed by the Germans (her native country). This same technology is now called spread-spectrum technology, and is at the heart of GPS, WiFi and Bluetooth." — John McDonald, CEO of CloudOne

"Grace Hopper (1906-92), one of the world’s first programmers and computer developers, primarily while working for the Navy. Invented the first compiler and made popular the term debugging. Rose to the rank of Rear Admiral. I’d love to hear the stories of those early days of computing and her life in the Navy." — Todd Croteau, President, All Covered, IT services division of Konica Minolta Business Solutions USA, Inc.

"Ada Lovelace. Hands down. She was the first programmer, she was Lord Byron's (my favorite Romantic and one of my favorite poets period) daughter, she worked with Charles Babbage and was a student of Mary Somerville. From a techie perspective, it really doesn't get a lot sweeter than that!" — Joan Pepin, VP of Security and CISO at Sumo Logic

Father of the Internet

"I have been in the security industry for the past 25 years. I have always been fascinated with the Internet and always wondered what it was like to be part of the Internet development team. For Thanksgiving dinner, I would invite Vinton (Vint) Cerf. He is recognized as one of the fathers of the Internet. During dinner, our conversation would revolve around his thinking about the Internet - Did he ever anticipate the Internet would grow in the manner it is today? How does he feel about being responsible for shaping the way people learn and business is conducted - all because of the Internet? As a pioneer, did he anticipate all of the security breaches, the hacking and cyber-espionage - did he think through all of the National Security implications by unleashing the Internet?" — Kip E. Meintzer, Global Head of Investor Relations, Check Point Software Technologies

"I'm intrigued by the inventors/designers of the Roland TR-808 (otherwise known as simply the '808') drum synth. The men credited with its design are mysteriously known to the world as simply 'Mr. Nakamura' and 'Mr. Matsuoka.' Little else can be found on these men and their personal histories but their mark on history is indelible. They created the unmistakable sound that ultimately marshalled in modern hip-hop with its deep bass and unrealistic hi-hats. I'd surrender BOTH my turkey legs to both of these men to thank them for their contribution to my subwoofer." — J. Colin Petersen, President/CEO, J - I.T. Outsource