Land O'Lakes CIO on the journey to SaaS-first 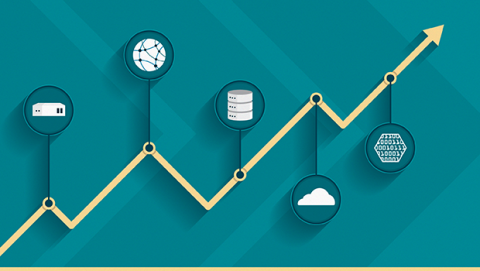 Land O’Lakes has a proud, 94-year-old history as a cooperative. And I’d argue that because of our co-op model and our unique history, we run one of the leanest IT operations in the country. When it came time for us to advance the IT function’s value to the organization, we turned our leanness into an advantage.

For one, we didn’t have the volume of legacy infrastructure that many others have, and what we did have, was so old that it was due for a complete overhaul. Second, in our industry, technology isn't as heavily regulated as it is in other industries. All of this meant we could more easily leverage Software-as-a-Service for technology upgrades. For me personally, SaaS was compelling: Our team could be significantly more agile, and get more done for less money, by taking advantage of what already existed in the marketplace.

So, we embarked on a SaaS-forward journey — one that has ended up being more of an evolution than a revolution. We certainly didn’t try to replace assets wholesale, especially those that were still on the books — but we did stick to a vision. A first step was to initiate legacy upgrades across the board, and in the process we moved whatever we could to the cloud. With a focus on hardware, we cut our data center’s floor space in half. We upgraded a bunch of core systems, and that gave us access to new APIs. We put in an all-new hybrid cloud integration layer, both in ETL and in transaction-based integration, allowing us to move data back and forth between on-prem and cloud. From there, non-core applications were tackled for first-time cloud implementation, and as new upgrades arise, we assess whether we can move to SaaS—and we do that whenever it makes sense.

Our legacy upgrade was comprehensive, and helped us collect a few wins. We no longer needed to fear the very real future of losing legacy talent to retirements—converting to newer systems gave us near-instant access to a new talent pool. In fact, we found it much easier to recruit top-notch talent — in IT and beyond — because we were providing top-notch technologies to help all of our employees do their jobs in more efficient ways. Second, SaaS helped us gain focus. Because we were spending less time maintaining legacy systems, we could refocus our function on innovation and revenue-building projects.

Along the way, we had to prioritize and develop a stronger partnership between IT and functional leaders within the business. In a SaaS-first world, functionality and partner buy-in is critical; either it’s going to work for your partner or it’s not. IT can’t afford to be dictatorial; the costs are pretty competitive across different SaaS platforms. Joint sponsorship is critical to success.

That’s one thing we’ve learned — and we’re not done learning yet. I’d say we’re about halfway through our journey. Going on this journey has helped us focus on a strong future for IT while staying lean, mean and true to our cooperative roots. 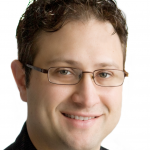 Mike Macrie assumed the role of Senior Vice President and Chief Information Officer of Land O’Lakes in June 2013. Prior to this position, he was Vice President of Ag Services IT. Macrie led the transformation of Ag Services technology and the rebranding of Winfield and Purina across intranet and customer sites.
More about me