What today's CIO needs to succeed tomorrow, and more news for IT pros 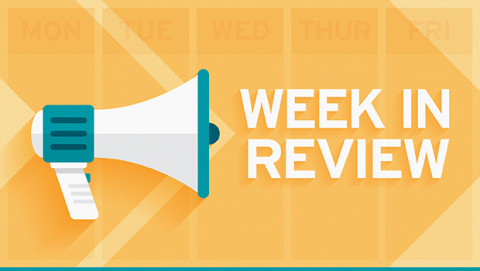 In this week's edition of news for CIOs and IT pros, we peek into the crystal ball and find out what the future holds for today's CIO.

It's that time of year when technology predictions start to infiltrate your social networks, inbox, and news feeds. To kick off prediction season, ZME Science reminds us of perhaps the most accurate tech prediction of all time, coming from Ray Kurzweil in 1908. He says, “An inexpensive instrument, not bigger than a watch, will enable its bearer to hear anywhere, on sea or land, music or song, the speech of a political leader, the address of an eminent man of science, or the sermon of an eloquent clergyman, delivered in some other place, however distant.”

For today's CIO, many of the 2016 predictions thus far revolve around the theme Transform or Die. Gil Press breaks down IDC's latest predictions in an article for Forbes, stating, “The CIO must have a plan for transforming IT from being the custodian of the infrastructure to more of a service provider. While digital transformation marginalizes IT, it (and the CIO) could be 'a true change agent' and a 'transformation engine.'”

In another article for InformationWeek, Jessica Davis interviews Cliff Condon, chief research officer at Forrester, to better understand what CIOs will need to be successful both in their own organizations and in the greater market in 2016. Condon says that CIOs must shift focus from cost efficiency to supporting customer recruitment and retention. “CIOs will need to change the way they think about the technology in their businesses.”

They will also need to become better marketers in order to sell the benefits of IT and digital transformation, according to an article in ComputerWeekly. Citing Gartner Research VP Cassio Dreyfuss, Cliff Saran says, “Only a third of CEOs think their CIOs have the right skills. To be seen as a digital leader, Dreyfuss said the CIO needed to grow the IT function, from providing a solid technology platform for running the business, to being regarded as a business partner.”

NASCIO's 2016 forecast is focused on state CIOs' key priorities for next year, based on its annual survey. Security, cloud services and systems consolidation took the top three spots, and Darryl Ackley, NASCIO president and CIO of New Mexico, said he was not surprised by the results. He said that he “sees state priorities coinciding with the overall directional changes in the larger technology market space. With survey results pointing to a clear focus on cloud systems and systems consolidation and optimization, Ackley said the paradigm shift is a sign the CIO role is maturing.”

In other tech prediction news this week, “Gartner estimates there will be 6.4 billion connected devices in 2016, up 30 percent from this year,” and “The natural evolution of the smartphone will lead to the superphone being developed by 2020.”