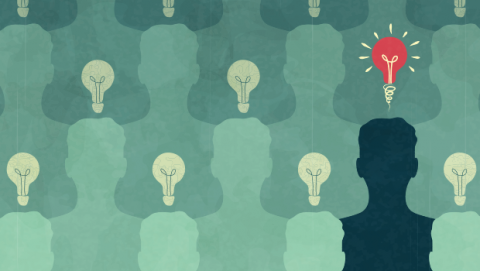 In this interview, New York Times CIO Marc Frons explains how his teams evaluate whether to use open source or proprietary software and the simple question that helps guide the conversation.

The Enterprisers Project (TEP): Your Technology group has been using open source for some time now. Are you implementing more?

Marc Frons: We are looking closely at OpenStack. We haven’t incorporated it yet, and we may not, depending on how that platform evolves. But it’s definitely come a long way. We will continue to evaluate it and other tools in our lab.

TEP: Do you talk about software in open source versus proprietary terms?

Frons: No, we don’t spend a lot of time debating the issue of open versus proprietary. For us, the question is, “Is it software that we believe meets our needs, that we’ve evaluated and that works?” Whether it is proprietary or open source isn’t a huge factor either way. Cost is a factor at times, but not always. It depends on what we're trying to accomplish. The same holds true for cloud, which has been a big part of our digital technology strategy for the last eight years. Sometimes we make a bigger investment in the cloud and sometimes it’s in our own data centers. Sometimes we take a hybrid approach where we are using cloud as a backup or vice versa.

If an open source solution is available, I’d prefer to use it, since I believe open source software often advances faster than many proprietary solutions. And there have been a number of occasions where our developers have played a leading role in creating software that we have later open sourced, like the text editor we use in our content management system. And in other instances we’ve been able to contribute code back to the community.

TEP: Was there a real cultural shift that you drove to use more open source or was it something that came about in stages?

Frons: In 2012, when I became CIO of the entire technology group – digital and enterprise – there were certainly a lot of changes. Part of that was cloud and part of that more SaaS in our environment for enterprise applications such as email and human resources. Not so much open source, though its use has been increasing in various parts of the company. But we don't look at cloud or open source as determining factors in and of themselves. It either makes sense holistically or it doesn’t.

TEP: Can you give us an example?

Frons: We just did something counterintuitive where we built our own Hadoop cluster in-house rather than putting it on the cloud. When we analyzed the total cost of ownership, our own data centers were ultimately cheaper than the cloud. So go figure. Maybe that’s because our cloud provider wasn’t aggressive enough in meeting our price requirements or because we’ve done a really good job optimizing or own data centers. It’s probably a little bit of both.

So there's no orthodoxy around either approach. It’s a very pragmatic decision in terms of how we use open source and how we use cloud. I think the best way to describe it is I consider cloud just one more data center option, albeit one with some special powers in terms of rapid access and scalability, just as I consider open source an option about what kind of software we use. That’s because we assume that we're going to thoroughly test any software we deploy and make sure that it meets our standards for security and reliability and scalability.

TEP: So just because it’s open it doesn’t get a free pass?

Frons: Exactly. I’d say in the beginning we had to be a little bit more evangelical around open source because there was more resistance to it in some quarters, but times have changed. Today there are so many open source components in our software that I couldn’t probably even count them. We don’t really have long discussions here about what we're going to use based on whether it's open source. The question is, “Is it the right thing or not?"