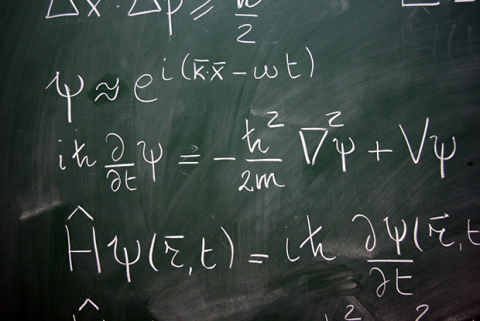 When should you adopt a hot new technology, and when should you hang back? And how much of a say should your business counterparts have in making that call? That's a conundrum that all CIOs face, especially in today's market, when new products are introduced on what seems like an hourly basis. To help you figure it out, John Matthews, the recently appointed Chief Information Officer of the data analytics firm ExtraHop Networks, suggests some straightforward calculations.

The Enterprisers Project (TEP): When evaluating a new technology, how should CIOs think about the risk vs. reward equation?

Matthews: The risk-reward equation in IT is actually pretty simple. Cost to buy plus cost to deploy plus cost to maintain, balanced against net benefit to your specific business, or the specific groups within your business that will be using it.

The problem is that things are rarely that cut-and-dry. A former defense secretary once called these things "unknown unknowns," and they are often part and parcel to technology adoption. You can't know how a particular application is going to affect your environment until it's deployed. You can't know how much it's actually benefiting the business until it's up and running. No matter how carefully you calculate the risk and reward of adoption, it's hard to factor in unknown unknowns.

TEP: So what's a tech leader to do?

Matthews: Acknowledging that no risk-reward calculation is going to be perfect, there are still things you can do to mitigate overall risk without stifling advancement and innovation. For one, decide where in the stack you want to take on risk. That old IT adage, "no one ever got fired for buying Cisco." There's a reason for that. Taking big risks at the network, server, and database levels are a big no-no in my book. These elements are so fundamental to the infrastructure you don't necessarily want to go out and onboard early-generation offerings. You want to pick something that you know is going to work.

If you have those infrastructure building blocks in place and you know they're pretty solid, it gives you room to take more risks at the application and storage levels, where innovation is happening much more rapidly. Applications are where business stakeholders are going to demand (and deserve to have) the most influence. By reducing complexity at the network, server, and database tiers, you make yourself more risk-tolerant in other areas.

TEP: Ultimately, taking on a new technology is a business decision. Do you need assistance of someone on the business side to make those calls?

Matthews: Technology used to live exclusively within the IT department. Those days are long gone. I've written before about the "IT-ization" of business, how every single facet of an organization now relies on technology to varying degrees. Knowing that, it's absurd not to involve business stakeholders in technology buying decisions.

The one caveat to that is around IT infrastructure. In my book, infrastructure decisions generally need to live exclusively in IT's domain. For lack of a better word, that's our business.

But applications? Those should really be business decisions. The folks in finance, marketing, sales, supply chain, customer service — those people are on the front lines and are the best equipped to understand which technologies can most efficiently solve the problems they are having. At the end of the day, it's the job of IT to make it work, as well as to help business groups understand the risks and rewards of the tools they are selecting.

John Matthews is the Chief Information Officer at ExtraHop Networks where he oversees the continuous expansion of the ExtraHop IT environment and counsels the company’s enterprise customers as they evolve their IT operations. Before joining ExtraHop, Matthews led IT strategy at F5 Networks, where he was CIO for nearly a decade. While at F5, Matthews provided strategic technology and management assessments, as well as a common-sense approach to IT operations that provided the best capabilities to the business with the least risk. Matthews guided F5 to the early adoption of new technologies, such as SaaS and cloud computing, to drive costs down while raising overall quality. Previously, Matthews served as an IT leader for MSN Operations at Microsoft, as CIO at Towne Exploration Company, and as Director of IT Operations at Adobe.