In today's C-Suite, who owns digital? 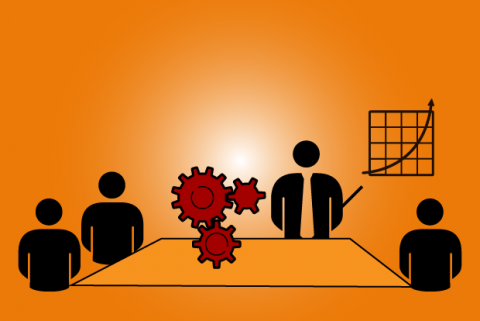 The C-Suite is becoming a crowded place, with CIOs competing for budget and authority in the midst of chief marketing officers, chief technology officers, chief digital officers and chief data officers, among others. With many IT operations falling short of business expectations, it’s not inconceivable that many CIOs will be pushed out of that elite environment as the current digital transformation progresses. 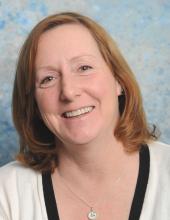 That’s the view of Joan Wrabetz, formerly chief technology officer for EMC Corp.’s Emerging Products Division, who in March 2015 was named CTO for cloud automation and solutions provider for QualiSystems.

In a recent article for SandHill.com, Wrabetz wrote, “If all business today is digital business, then who really owns digital? This simple question frustrates many C-level executives because they often can’t agree on who is responsible for what.”

In a recent interview, Wrabetz issued a warning call for CIOs to take risks or risk being out of a job as more and more business functions bypass IT out of frustration. “They can always go to Amazon Web Services,” she says.

Alluding to earlier digital transformations such as the inauguration of the ATM, Wrabetz says that business is midway through a 10-year period where “we’re feeling everything is transformational and at the same time frustrated it’s not really happening.” At the end of this period, she adds, “we’ll be laughing about things that simply no longer exist.”

Many CIOs are in danger of joining the extinct category, she believes. “What I think we’re seeing right now is a widening gap; its bimodal,” she says. “CIOs on the lagging end of the gap will be gone and I don’t know if they’ll be replaced by somebody new. On the leading end you have really smart CIOs who have completely re-engineered their business and they will definitely be playing key roles in the executive suite.”

She notes the CIO at one customer had an opportunity to “throw everything out” when a product win resulted of his business by implementing all IT functions with a self-services cloud model; “two-year multi-million dollar project and completely changed the trajectory of his business.” On the other end of the spectrum, a customer CIO planned a two-year project to develop a big data analytics warehouse; “I told them to throw that project in the garbage, because if you can’t implement it within six months, don’t bother because it will be outmoded.”

In her over 20 years of senior management experience at public and privately held technology companies, Wrabetz says, “I’m almost always a change agent; I’m there because something has to fundamentally change and has to happen fast.”

As general manager for SAN operations at StorageTek, a $650M revenue business, she recalls having to manage a complete transformation in the way products were designed in order to win a big OEM agreement with Dell that resulted in a doubling of business in less than 18 months.

The current drive to DevOps, she says, reflects a drive to transform business through automation and self-service access. Still, she notes, “everybody we have talked to that is doing something like DevOps hasn’t quite got to their own data center yet. I don’t know what happens when that actually jumps the wall into production mode; none of the traditional data centers have actually been able to demonstrate something end-to-end, and by the time they are able to do so, it probably won’t be led by IT.”

And it’s not a certainty that newly empowered developers will lead the charge and take over operations, she adds. At one large customer, she says, the DevOps effort was led by the testing and quality assurance group. “Because they were effective at leading automation and self-service, they’re the ones taking over.”

Who achieves prominence in the C-Suite is often yet to be decided at many companies. Marketing executives are often ascendant in determining digital strategies “because CIOs failed to respond,” Wrabetz believes.

“Chief marketing officers and chief digital officers are building solutions themselves, and they’re not going to IT and saying they need a better analytics engine,” she adds. “Power is shifting based on who has been successful in building next-generation technology. Where a company is forward-thinking, then the CIO is in power; companies that haven’t been are turning to the CMO or the CTO.”

Joan Wrabetz is the Chief Technology Officer for QualiSystems. Prior to her current role, she was the Vice President and Chief Technology Officer for the Emerging Product Division of EMC.
She has over 20 years of executive management experience at public and privately held technology companies. She has been an executive at a number of startup technology companies, has been a Venture Partner with BlueStream Ventures, and has been on the board of directors or advisory board of many early stage technology companies.  She was the founder and CEO of Aumni Data, a developer of big data analytics technology.  She was the CEO of Tricord Systems (acquired by Adaptec), one of the first companies to introduce a commercial product based on distributed file system technology. 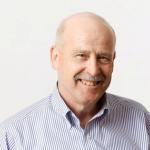