Open source, digital strategy, and more news for IT pros 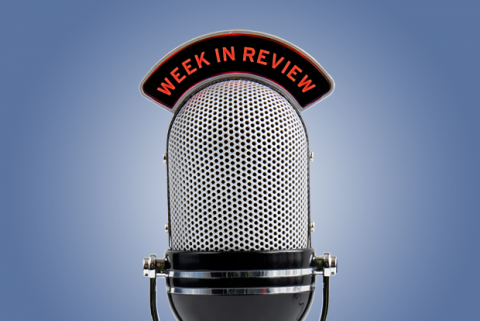 In this week's edition of news for CIOs and IT pros, we bring you stories on open source, and the importance of strategy and leadership in digital transformation.

Opening up to open source

American Cancer Society CIO Jay Ferro recently discussed the growing appeal of open source on The Enterprisers Project, and, indeed, it's a trend that we continue to see gain momentum with companies large and small. This week, three major tech companies announced plans to embrace open source in new ways.

TechCrunch's Frederic Lardinois reports that Google has launched Android Experiments, a gallery of open source, experimental, and cutting-edge apps. In doing so, it hopes to create an environment where Android developers can share and learn more about what's possible with mobile technology, the open source way.

Canonical, well known for its open source operating system Ubuntu, announced on Monday that it has open sourced its Ubuntu One file syncing service, as Ars Technica reports. And Pixar announced that it will soon open source some of its computer animation software – which Engadget calls a “boon to animation app designers.”

As it turns out, this trend of open sourcing may be timed perfectly with the rise of Internet of Things. As Max Bondarenko points out in the IoT Journal, the soon to be 20+ billion Internet-connected devices will create a massive middleware challenge. He goes on to outline six reasons why open source software will be the solution.

Is your digital transformation focused entirely on bringing new technology in house? If so, you might want to take a step back. A recent survey from MIT Sloan Management Review and Deloitte Digital suggests that success in the digital realm will depend on a cohesive enterprise-wide strategy and leaders who understand both digital technology and its impact on the business.

And if your digital strategy includes cloud computing, TechRepublic provides 10 things you need to know to formulate a winning strategy.

Of course, devising a digital strategy is one piece of the puzzle. Getting others on board is another. As we've mentioned, digital transformation takes trust and a CIO who supports business-led IT initiatives. You also need to gain the respect of others and continually nurture relationships across the organization. Here are three articles on leadership to help you do just that.

Leadership in One Word = Faith

A Company That Demonstrates The Power Of Altruistic Leadership

How You Manage Conflict Can Make Or Break Your Leadership Career