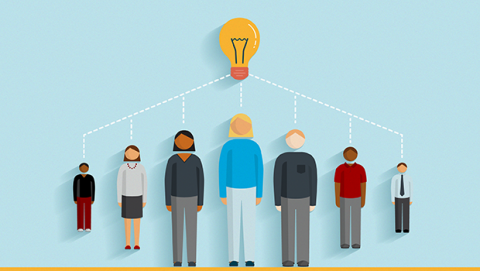 When speaking with Dr. David Bray, senior executive and CIO of the U.S. Federal Communication Commission, he is always quick to assign all the credit for achievements within his organization to his team of interdisciplinary change agents – from a successful move to the cloud, to saving millions on a legacy technology upgrade.

Bray is firm in his belief that if digital C-Suite leaders aren’t first and foremost inspiring people to be creative problem solvers, their organizations simply won't be able to move with the speed or the resiliency necessary to survive in the fast-paced digital world. Further, he says that leading a team of diverse change agents who are intrinsically motivated takes a unique approach. We touched base with Bray to learn more.

The Enterprisers Project (TEP): There are many different ways to inspire people. How do you tackle this? 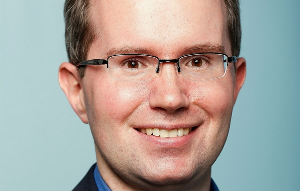 Bray: When I first parachuted into the FCC three years ago, I put up large posters around the office asking the team to identify strengths, weaknesses, opportunities and threats. I said that anybody could come by and write on the poster whenever they wanted to. However, instead I received a lot of private emails saying, “Here are my private thoughts, could you put this on the poster for me anonymously?” It seemed like there was a fear of being seen identifying problems amongst the existing team, which I thought was a very interesting challenge. To succeed going forward, the interdisciplinary team would need to be able to share different perspectives, approaches, and goals.

My hypothesis that the team had a fear of identifying problems amongst the team was confirmed two weeks into my new role when, in a meeting, I asked the team to share their opinions. It was crickets – complete silence for about ten seconds. I then called on a few people directly and, listening to them, I came to learn that in the past, some of my C-suite predecessors would shout at people in public, challenge their ideas, and ultimately tell them they were wrong.

if you stifle the flow of the ideas, you will inevitably miss important things that will be opportunities to move the organization forward faster.

Clearly, this was a definitive case of a shell-shocked, "shunned into silence" team. Having learned this, I quickly made it clear that I aimed to work on a shared journey with everyone on the team so that, eventually, we all could feel okay putting forward ideas verbally or in writing. Rather than judgments placed on different ideas, I promised that we were going to talk about how different ideas could help move the team and our initiatives forward. At the end of the day, we will still need to move forward in one direction together, however, that direction would be informed by a diversity of perspectives.

As a C-Suite executive, I want creative problem solvers. I want people making pitches. For me, leading diverse teams with joy and compassion represents a much more effective strategy than using fear, strictness, or authority. As a leader, if you stifle the flow of the ideas, you will inevitably miss important things that will actually be opportunities to move the organization forward faster. No one person ever has all the answers.

Bray: They do! We have 10-foot-by-10-foot posters around the office that are consistently covered with ideas from the team. Right now, we have a “G.E.T. Stuff Done” campaign, in which G.E.T. stands for “Greater Efficiencies Taskforce.” This campaign helps identify opportunities where we can be more efficient, either in terms of speed or in terms of cost. We also have several posters showing the status of different projects over the next 90 days – and people are writing their ideas on the board.

A good example is someone wrote that we were using two different products that sort of did the same thing for different parts of the organization. They suggested if we can consolidate, we could save taxpayer dollars – which we did. So this exercise in encouraging all team members to share insights and ideas has real beneficial outcomes.

TEP: Do you still have to coax people to participate?

Bray: No longer needed – in fact, they even initiate their own questions to the group. It's such a different environment from when I first joined. It used to be that the only way people got what they wanted was by shouting loudly enough for someone to appease them. That may work in the short-term, but it’s not an effective long-term strategy. It’s much better to "inspire vs. require."

Now we have discussions in which team members share approaches, perspectives, and the different merits of approaches themselves. I know when diverse team members arrive at a shared solution, that’s a healthy sign that we have evaluated the challenges and opportunities from multiple angles.

TEP: How does this compassionate leadership approach help you address other tensions?

Bray: Every workplace has tensions, yet increased transparency has reduced some of the friction and has actually made it, so you don’t have to shout. Instead, the team is empowered to work through problems, come up with their own solutions, and prioritize them to help move the enterprise forward.

Another example: We recently had an all-hands meeting in D.C. in August, and it was 90-degrees and humid outside. You could tell everyone’s energy was low due to the heat. So on a whim, I got up and initiated two mini-exercises. The first was an improvisational routine, where I ask everyone to form into groups of four and practice the “Yes/And” approach to conversation (vs. “Yes/But” or “No/But” approaches). The second was for everyone to participate in a massive, winner-takes-all rock-paper-scissors competition that started with groups of two, then four, then eight, then sixteen, and so on.

I’m sure initially the team wondered where I was going with these two exercises in the middle of our all-hands meeting. Yet in total, both exercises took only six minutes – and afterward, people were smiling with the energy level way up.

I thanked the team for indulging me in these two spontaneous exercises in the middle of our meeting – and noted that improvisation and the ability to be agile represented two of our greatest team strengths. Given the rate of accelerating change, both technologically and globally, we’re going to have plans, yet these plans won't always go the way we think they will.

As a team, we need to be ready improvise when something pops up, and ready to cheer on the champions that emerge within our team.

TEP: What other advice do you have for CIOs who want to inspire their team?

Bray: Leadership takes a willingness to love a team or organization, or in my case, a sector of public service. To see through any flaws and say, “I’m going to try and help you improve your condition, improve how you’re operating as a team, and get you one step closer to the promised land.”

My biggest joy as a leader is being able to look across the diverse team of change agents that we now have and to see people intrinsically motivated. That joy includes knowing that we do now have forward momentum that doesn’t require just me to be putting energy in – and that now the energy is being created by everybody present.

We each have different strengths and abilities, and a great leader knows how to bring everyone together for outcomes that surpass everyone’s individual abilities.

Another thing CIOs and digital C-suite leaders can do is intentionally de-emphasize the idea that everyone on their team needs to be an all-star contributor all the time. Leaders need to emphasize the importance of cognitive diversity. If everyone on the team is really good at one specific task, what happens when what your organization is confronting is no longer that task but something else that these individuals don’t have the skill set for?

By building your team around and encouraging those that are intrinsically creative problem solvers, you'll have a team that can tackle anything that’s thrown at you.

Think about it this way: Frank Lloyd Wright was an amazing architect. However, he was an awful engineer, and his buildings now are falling apart. In this case, a much better outcome could have come from an interdisciplinary team pairing an amazing architect paired with an amazing engineer, rather than a team of only A+ architects. We each have different strengths and abilities, and a great leader knows how to bring everyone together for outcomes that surpass everyone’s individual abilities. 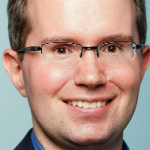 leaders with heart. when i first heard that dr. bray likes to ask his team members 'what brings you joy' i realized he was a different, much better kind of leader. he really cares about the interdisciplinary teams he lives and this interview offers all leaders great tips to do the same.