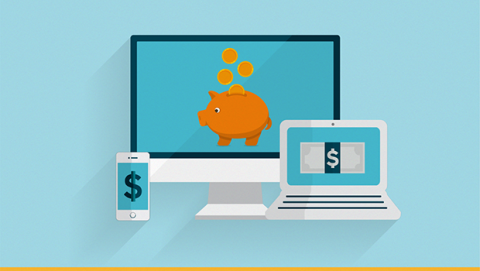 Should a CEO focus his or her CIO on using IT to build products that generate revenue, or on helping the organization to cut the cost of doing business using technology?

The answer is yes.

My personal belief is CIOs have to be thinking about both, just as a marketing executive has to think about generating sales as well as the return on their advertising spend.

Keeping the best of legacy

If you look at companies that have been around a long time, one of the biggest issue they face is legacy technology. Legacy technology can often be the boat anchor of a business, the long pole in the tent when it comes to delivering value quickly. The solution to this is not necessarily simply about process. Forcing an agile process on a fragile legacy system will not make things quicker and often will cause quality issues. A rip-and-replace strategy is also generally very risky and is also time and resource intense.

A clear sign that IT is running more as a business is that CIOs are spending more time outside of the IT department. As a new CIO, I think your goal is always to be able to get IT functioning to the point where you can spend less and less time focused on IT, and more and more time focused on the business and the outside world.

What I have found to be a better-balanced solution is to determine what business functions in a legacy system are most critical from a time-to-market standpoint. Extracting these business functions out of the legacy system, modernizing them, then wrapping agile processes around these new architectural components can free up the bottleneck of legacy and get your time to market more aligned with your business partners’ needs.

At some level, you have to think about your delivery model not just as a methodology, but as an architecture aligned with a customer operating model and to a delivery cycle. Like a new fad in fashion, a hot new delivery model may not look good on everybody.

Keeping a focus on revenue

Of course, you have to generate customer value as well. Call centers are a good example here, too, because you can make a significant impact not only on the bottom line but also on customer satisfaction when you automate processes for a large population of call center agents. At DirecTV, we once implemented an application using big data and a decisioning engine to drive the new next-best action for our agents. This application understood patterns in customer data and recommended specific treatments to retain customers. Before implementing the application the care agents gave credits out, but many customers preferred upgraded equipment or were not happy with their programming. Without this system, the agents had a hammer and everything looked like a nail. But by using data and machine learning, we were able to give customers what mattered most to them.

Rather than trying to move too quickly, we brought our business customers into the process. Once they saw the next-best action system, they felt that they could manipulate the formula to make it work better. We let them do that while we collected the data, and did the decisioning through the rules engine in parallel. Ultimately, we aligned on letting the system work its magic, because it was delivering better results and our partners became more and more comfortable.

In another case, IT was working with an advertising team that had an algorithm for sales they liked a lot. We built an algorithm that was more modern and capable of learning its way through the data, which generated more revenue. Instead of displacing theirs, we suggested a middle path: using our algorithm to run through the data and help the team target where they wanted to use their algorithm. Our intention was that eventually they would let the machine do the work once they saw how good it was, but first, they had to be comfortable with it.

Where do you spend your days?

A clear sign that IT is running more as a business is that CIOs are spending more time outside of the IT department. As a new CIO, I think your goal is always to be able to get IT functioning to the point where you can spend less and less time focused on IT, and more and more time focused on the business and the outside world. By the end of my tenure at DirecTV, I probably spent more than 70 percent of my time with business partners, focused on helping them figure out where they needed to go, and how we could align IT to get them there.

Even within IT, my 30-minute stand-up every morning with the project teams started as a way to de-risk projects more and became much more about connecting the dots of what the business needed and what we were delivering, versus actually sitting there focused on trying to crank the machine out.

If you’re spending 80 percent of your time trying to get work done in IT, you’ve got to rethink the problem in a way where you can get the right people in to get IT operating as a factory. That will free you to spend the time with the business. In the most modern companies, where IT is a strategic asset, the CIO has to align with the business to run IT as one. 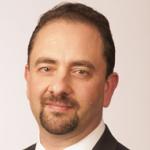 Sven Gerjets is EVP and Chief Technology Officer at Mattel. Previously, Gerjets served as the President and Chief Product Officer at Colorado-based software company n.io, where he supported the company’s business development efforts as well as product strategy for n.io’s award-winning digital transformation platform (DxP).
More about me