2017 predictions from IT leaders on the future of technology 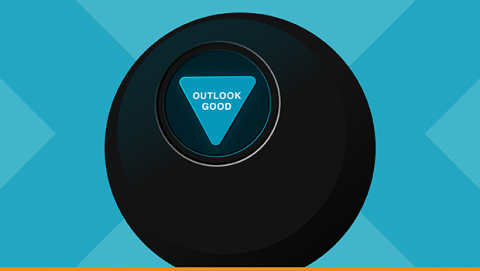 As we approach 2017, we asked IT leaders what they see on the horizon for the future of technology. We intentionally left the question open-ended, and as a result, the answers represent a broad range of what IT professionals may expect to face in the new year.

“Internet of Things is going to move into the mainstream 2017. While it’s not going to be as hyped as we were led to believe, it’s going to start to have a real impact on our lives. Over the next 10 years, everything will be connected. On the other hand, I think artificial intelligence is going to be overhyped next year. While it has enormous long-term potential, we’re still quite a few years away from seeing it provide societal and business benefits.” – Mike Macrie, CIO, Land O'Lakes

AI and the future of work

“In 2016, the pace at which enterprises more widely adopt artificial intelligence to replace manual, repetitive tasks will rapidly increase. We’re already seeing enormous investments from companies like Toyota to use AI for more precise decision-making, and we’ll only see more companies taking this approach to foster higher productivity and business profits, and also streamline responsibility for high-skill jobs. We’ll start to see the effects of AI in the way we work, as well, seeing a shift from problem solving being one of the most coveted skills in organizations, to problem finding becoming the way to rise within an organization and drive innovation.” – Abdul Razack, SVP of platforms, big data and analytics, Infosys

“I think we’ll see even more inspiring, larger-scale adoption of DevOps and more DevOps stories coming from industry verticals that we typically don’t associate with the practice, such as airlines, government agencies and military programs. I love this because it shows how DevOps principles and patterns are universal, independent of that technology we’re reliant upon, or who are customers are.” – Gene Kim, author, “The DevOps Handbook”

“The app ecosystem is the focus of the next few years. We are working with what public cloud providers have provided, but there are still gaps. The gaps in these ecosystems is that they answer part of the question and don't address the existing platforms we use today. The biggest challenge is that these apps were created with the notion of persistent storage and containers live in a world of ephemeral everything so the containers themselves are disposable and replaceable in a heartbeat. How do we move to containers and microservices? This is the question that will guide emerging technologies over the next five years. The new app economy needs to also make room for its ancestors the legacy app ecosystem.” – Shahin Pirooz, CTO, DataEndure

“Mobile is maturing, and use cases are evolving rapidly. My biggest prediction for 2017 is more device-to-device connections for mobile. Awareness of your surroundings will become reality. IoT has been talked about and hyped for a while, but I think that starts to become reality in 2017.” – Chris Huff, VP, mobile and consumer app development, The Weather Channel

Mobile as a key point of entry

“At least one if not more major enterprise breaches will be attributed to mobile devices. A Ponemon Institute report found that for an enterprise, the economic risk of mobile data breaches can be as high as $26.4 million, and 67 percent of the organizations surveyed reported having had a data breach as a result of employees using their mobile devices to access the company’s sensitive and confidential information. Mobile payments will bring our ‘what ifs’ to reality – biometric and ‘let me take a selfie’ sensations will only become more common as people realize that passwords can quickly become a liability – MasterCard’s ‘selfie pay’ and Intel’s True Key are just the tip of the iceberg.” – Scott Millis, CISO, Cyber adAPT

“Business intelligence is nothing new, but 2017 will be the year we see data become even more intelligent. A shift from algorithms to artificial intelligence will be the driving force behind the increased intelligence of predictive analytics. It's not just one industry that will benefit. Clients across a spectrum of industries including e-commerce, travel, media, and financial services, have increasingly been seeking a predictive engine that can help them to predict consumer behavior – whether it’s delivering content, predicting purchases or sales processes.” – Slava Koltovich, CEO, EastBanc Technologies

"Next year, organizations will stop putting IoT data on a pedestal, or, if you like, in a silo. IoT data needs to be correlated with other data streams, tied to historical or master data or run through artificial intelligence algorithms in order to provide business-driving value. Despite the heralded arrival of shiny new tools that can handle IoT’s massive, moving workloads, organizations will realize they need to integrate these new data streams into their existing data management and governance disciplines to gain operational leverage and ensure application trust." – Girish Pancha, CEO, StreamSets

“In 2017, we will also see the increased use of container technology. Containers can be used to integrate cloud, DevOps and new services quickly and easily. As building blocks, they can be used by IT and DevOps teams to build applications, each in its own container on a single OS, thereby optimizing server resources and without requiring downtime. Although in the early adoption phase, interest is growing, and in the next year we can anticipate that containers will prove useful for solving software delivery issues.” – Grant Kirkwood, CTO, Unitas Global

“In 2017, unmanned vehicles will take a bigger role in industries such as construction and infrastructure. In particular, we'll see increasing utilization of drones throughout the various aspects of construction and maintenance projects, from planning and surveying through the actual construction and inspection of these projects.  In addition to airborne craft, we'll continue to see adoption of remote-controlled vehicles for tasks which are dangerous or inconvenient for humans such as trenching and excavation.” – Liam Stannard, CTO, BigRentz

The Future of the workplace

“Workplaces being defined by four walls is a thing of the past. Moving forward, employees will gravitate to a “hub workplace” design. We will see a proliferation of technologies designed for the new workplace that exponentially increase collaboration capacity amongst workers to optimize productivity, accelerate innovation and foster a community.    I predict further into the the future functional workspace environments will also be about using virtual reality and being part of an artificial environment that has been developed to amplify workers’ drive, inspiration and productivity, bringing it to a whole new level.” – Kira Makagon, EVP of innovation, RingCentral

“As every business eyes its own digital transformation, 2017 will be the year that modern, relevant businesses finally kill the desk phone for good. As enterprises move to the cloud to make their employees more productive from anywhere, cloud-based solutions that enable seamless communication and collaboration across devices and locations are a necessity. The companies who fail to support the anywhere worker will have a hard time hiring new talent, being able to react quickly to the way modern business works, and will ultimately go away.” – Craig Walker, CEO, Dialpad

DevOps gets a security boost

“DevOps will continue to see rapid expansion in 2017, particularly in the enterprise where it’s been slower to take hold. Every year, more and more new technologies enter the market, allowing developers to bring innovations faster to market. Recently the pace of technology innovation has outpaced the security of those technologies. I expect we'll see a correction in 2017 with a heavier security focus from DevOps teams, particularly in more conservative enterprise organizations.” – Mike Kelly, CTO, Blue Medora

The year of the cloud

“In 2017, cloud will continue to drive radical change across enterprise IT. Businesses will make even greater investments outside of their own data centers, particularly in ‘as-a-service’ computing. 2017 will be the last year we spend money in our own datacenter as we move applications to the public cloud. The cloud will also bring about significant change in the role of IT professionals – IT leaders with more general experience will create teams of people with specialized knowledge of key elements of IT infrastructure, such as storage and security.” – Ruben Spruijt, CTO, Atlantis Computing

“It’s no secret that IT teams spend a good chunk of time coordinating with each other and working on block and tackle projects rather than working on the innovative initiatives that could be more impactful. In the coming years, as many basic technology tasks are automated, like the spin up of new solutions, friction points that exist within the IT department will feel relief and allow IT staff to spend their time on the work they’re passionate about. For example, cloud teams are generally more nimble and able to move quickly, while networking and security teams can be seen as a bottleneck. With the onset of automation and orchestration technologies within the data center, the tasks that typically lead IT teams to step on each other’s toes can be easily handled.” – Bob Worrall, SVP and CIO, Juniper Network

It would be great to see more #womenintech predictions. Here's mine: https://upside.tdwi.org/Home.aspx

It appears that quite a few/majority of this list are from people predicting that the products they represent will be used more.