Productivity Hacks: Multitask smarter ... or not at all 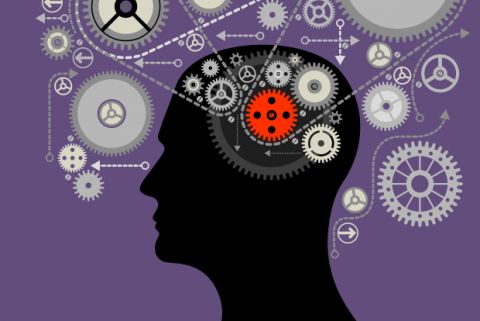 Take a quick scan of any CIO’s list of priorities for the year, and it’s easy to see that they are among the busiest executives in the C-Suite. But driving digital transformation, thwarting cybersecurity attacks, and leveraging the Internet of Things to better understand customers – just a few tasks on CIOs’ to-do lists – don’t come easily if IT leaders are inundated with back-to-back meetings and an out-of-control inbox.

We asked IT leaders to share the tools, rules, and hacks they live by in order to stay focused and productive throughout the day. We'll be bringing you their responses in a special mini-series called Productivity Hacks, which will run on Sundays – just as you are planning your to-do list for the week ahead.

This week, IT leaders share their thoughts on multitasking.

"Part of staying productive for me is trying to find a solid chunk of time to be able to think about things like strategy that go beyond the day-to-day of what’s happening. That often involves planning ahead a certain number of moves within each area of focus. The biggest deal for me is trying to avoid that “flow” from being disrupted. You really can’t multitask without total flow disruption; it is the embodiment of disruption. But you can take control.

I used to fancy myself as a 'killer multitasker,' always doing a zillion and one things at the same time. As I read about the brain’s inability to actually do more than one thing at the same time, I realized the toll that it takes to try to pull this off. Right now I’m trying to head in the opposite direction and ask myself, 'How can I just focus on one specific task for a certain block of time so I can close the book on it and move to the next thing?'

Multitasking can work for some people, but from my perspective it just prolongs all of your tasks. The time it takes to get to results when you’re working on five things at once can stretch out almost endlessly. As that happens, all the lower-priority stuff is also creeping up on you and you’re trying to push it all through. Just think of that old computer you had years ago that had way too many things running on it. Chances are, it eventually became totally unusable. That is your brain on multitasking. It's time to stop the madness!"

"My personal style is to work with a commitment to an 'open door' policy. This means that it’s usually not possible to only have scheduled meetings breaking up my day; there are many random interruptions sprinkled throughout as well. It’s often difficult to get back to the original task when interrupted by an issue on a totally unrelated topic. It’s also easy to fall into the trap of letting my mind wander while sorting through my inbox or browsing the web instead of being able to get back to the original unfinished task.

Over time I have developed a productivity hack which helps me get back on-task after dealing with random interrupts – I call the technique the 'continuity hook.' What do most people do when interrupted? They’ll often ask the other person something to the effect of, 'Give me a minute, let me finish this … '  When I am busy working on a focused task then get interrupted, I usually pause it in the middle of an idea rather than finishing it. As an example, I stop typing an email in the middle of the sentence or leave a line of code in an uncompilable state. That incomplete task, the continuity hook, is like a mental bookmark that helps me recover my train of thought and continue what I was doing. When you encounter as many mental pauses as I do, you’d be amazed at how much productivity you gain back when you’re able to gather your thoughts more quickly."

Join us next Sunday for Part Two of our mini-series on Productivity Hacks. 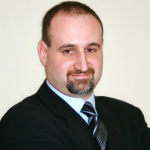