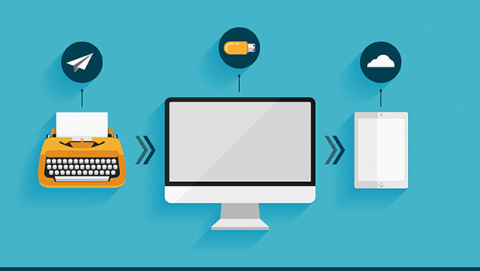 The Enterprisers Project recently spoke about technology, business process, and usability with Jen Skrabak. Skrabak is a senior project management executive with more than 18 years of experience in healthcare portfolio and program management at companies such as Baxter, Amgen, Anthem and UnitedHealth Group/Optum. Skrabak spends a lot of time thinking about how consistent data standards and practices not only make for better user experiences but more efficient systems.

The Enterprisers Project (TEP): Much of your career has been in healthcare, and there are opinions out there that the first generation of electronic health records (EHRs) just automated what was already manual. In your opinion, did the creators or the consumers of these EHRs overlook an opportunity to make care delivery more efficient? 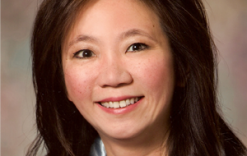 Skrabak: I think what has happened — and this happens a lot in IT, unfortunately – is that the industry didn’t look closely enough at the transformative potential of these products. In other words, we used technology to replace some things we were doing but didn’t entirely break away from existing business processes. Take entering notes into an EHR as an example. I may still document notes on a chart, but I’ll leave it to someone else to enter those notes into the electronic record or enter pieces of my notes into the system as needed. So rather than being integrated into my workflow and replacing anything, now those notes are an additional amount of work that someone has to do. I can think of many instances where people implement an IT system somewhere, but don’t look at what that system should be sun-setting.

TEP: And presumably you mean replacing not just manual steps but whole processes as well.

Skrabak: Yes. And it’s often the old business processes that we should be replacing. Part of the problem is the nature of how we roll out the technology. When we say, “Let’s go ahead and pilot this technology as an initial phase,” it’s often run in parallel to existing business processes. And if that pilot is successful, we sometimes forget to say, “Well, let’s stop those existing business processes.” So we keep doing those double data entries in Excel sheets or manual chart entries that someone hand writes. At a certain point you have to stop the existing processes and then really transition over, but sometimes it’s hard for people to let go. The irony is that people complain about technology adding more work, when if they’d truly transition the work over to the technology their lives would be simpler.

TEP: How much do duplicate, or unclear business processes contribute to poor user experiences?

Skrabak: A great deal. If you’re going to implement technology you have to make a critical choice: Am I going to change my business process and use whatever processes are inherent in that piece of technology, or am I going to insist that I have a very proprietary business process, and I need the technology I choose to adapt to it? I think the issue is that people do not make this decision in advance and, at least in the case of EHRs, they end up concluding that the technology is either confusing or inflexible and therefore make only limited use of it.