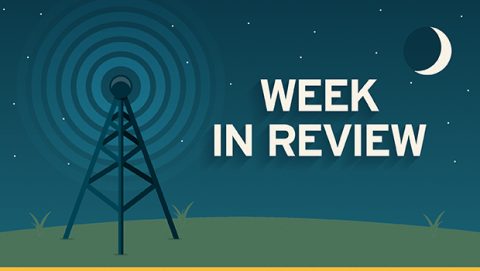 This week we had the opportunity to attend the MIT Sloan CIO Symposium, an annual event that delivers academic thought on the technology and workforce challenges facing CIOs. Below are some highlights from the day’s sessions. (Editor’s note: By no means is this meant to be a complete summary of the sessions. If you attended and have insights you’d like to share, we invite you to share them in the comments section).

When you think about the on-demand/sharing/gig economy, MIT Professor Dr. Erik Brynjolfsson says you can divide it into two categories: labor platforms (doing tasks – think Uber, Thumbtack) and capital platforms (renting or buying goods – think AirBnB, eBay). The on-demand economy in the United States has seen tenfold growth in both labor and capital programs, according to JPMorgan Chase stats cited by Brynjolfsson, who is the director of the MIT Initiative on the Digital Economy. Still, those same stats show only four-tenths of 1 percent of people have participated in the labor platform, while 1 percent have participated in the capital platform, “so it’s not like everyone is becoming an Uber driver,” Brynjolfsson said.

(By the way, if we had a dollar for every time a panelist at the conference cited Uber as an example, we’d definitely have enough to cover our Uber bills from our trip to Boston.) 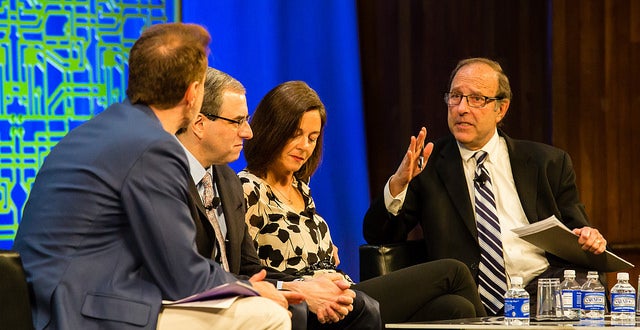 Panelist Fiona Murray, MIT Sloan’s William Porter Distinguished Professor of Entrepreneurship, cited the need for getting the measurement right in the statistics surrounding these new labor trends. Having a better picture will lead to new considerations around the training and education needed to accommodate the changing labor market.

Panelist David Autor, an MIT economics professor, cited some of the benefits of supplying contractors on demand. For differentiated goods, it lets sole providers magnify their talent. For commodified services, when the price is set by a platform (such as Uber, Instacart) you gain flexibility, but you lose security. In both cases, this can lead to an amplification of risk without the amplification of reward, he said.

Panelist Paul Osterman, MIT Sloan’s NTU professor of Human Resources and Management, brought up the dark side of these labor trends, which can lead to worker inequality. When it comes to public policy, it’s important that it encourages workers to be treated as assets, not as liabilities. Rewriting employment laws for such a small segment of this labor market may not be a good idea, Osterman said, because it may invite more employers to act as “bottom feeders,” those that fire employees and tell them to reincorporate as contractors.

Who Will Lead Digital Transformations in Your Business?

In a lunch breakout session, Shawn Banerji, managing director of Russell Reynold Associates, led a panel focused on how digital transformation of business is creating new leadership mandates and redefining the traditional roles and responsibilities of existing leaders. Banerji pointed out that while “CIO always equals technology; CIO does not always equal digital,” and, therefore, new roles like Chief Digital Officer are emerging – particularly when CIOs and CMOs are not aligned.

Stephen Gold, CIO of CVS Pharmacy, emphasized that CIOs must be able to explain what they are working on in business terms if they want to be effective in driving change. Creating an environment to “fail fast” was his recommendation to CIOs who are seeking more collaboration between IT and the business. Gold said that the ability to test innovative ideas first and then scale them out to the larger business has been critical, particularly in the highly-regulated pharmaceutical industry.

Joining Gold were Eash Sundaram, CIO of JetBlue, and Marty St. George, JetBlue's EVP of commercial and planning. Their dual presence on the panel represented a strong partnership and alignment between IT and marketing at JetBlue. They discussed their shared goal of providing a superior customer experience above all else, driven by technology innovation. Both emphasized that the lines between their roles are becoming increasingly blurred. Sundaram also made the point that this integrated approach could even help ease CIOs' talent headaches. “If you want to attract the best talent, get rid of titles. Make it all about the customer,” he said.

There is a lot more that goes into designing a digital-first, highly-collaborative work environment than open floor plans, but according to Kristine Dery, research scientist for MIT Sloan Center for Information Systems Research, that's where many businesses stop. Setting the stage for this panel conversation, Dery said creating environments in which innovation becomes part of the DNA of every employee is the lynchpin of success in the digital age.

Jim O'Neill, chief people officer for HubSpot, added that open workplaces are table stakes now, yet businesses have to adjust to the velocity of communication that happens when the walls come down. It's important there is still a place for privacy and confidentiality when needed. It takes culture and education, and largely, businesses are still far from figuring it out, he said. HubSpot relies on a variety of fast, actionable feedback loops between employees and managers, O'Neill said. He's also tapping into sensor data to learn where and when employees are most productive and using that insight to inform new opportunities for employee education and collaboration.

@mitcio #MITCIO How will "digital" change the nature of work? How will it redefine the workplace? pic.twitter.com/hiU2TCIhZF

Providing access to the right technology tools and allowing employees to self-select what they're passionate about solving can also be highly motivating, said Allison Mnookin, CEO of QuickBase. She emphasized that those who are closest to the work are the ones who have the best ideas, so CIOs should arm them with the tools, technology, and information they need to iterate and learn.

Michael Morris, general manager for Topcoder, seconded that point, adding that businesses can tap into all the data they have to determine the “right” person for the job, but letting people self-select will always win. Those that do will find ways to work faster and smarter than their peers, he said.

David Neitz, CIO of CDM Smith, then addressed what IT leaders should strive to do once those more efficient processes are uncovered by motivated employees. Neitz explained the concept of “frictionless IT.” He tells his team members, “If you figure something out, let's figure out how to scale it so that everyone in the enterprise can benefit in the same way.”

What qualities make up the perfect CIO? Panelists cited abilities such as:

On the flip side, what are CIO candidates looking for when they interview for a job opening? They want to know the organization they're interviewing with is serious about technology, said Craig Stephenson, managing director of Korn Ferry. One way to tell is to ask whether anyone on their board has a CIO/CTO background. Stephenson said he has seen CIO prospects turn down a role when they learn the organization lacks a board member with a CIO/CTO background, seeing it as a sign that organizations aren’t viewing technology as strategically as they should, he said.

Other things CIOs look for in a job interview include executive alignment, Stephenson said. CIOs and CTOs have become adept at interviewing the executive committee, and they’re looking for alignment. If they observe variation of one-third or more, Stephenson says they will likely pass up the role. Strategic CIOs recognize that they won’t always find organizations where executives are perfectly aligned, but they best want some level of alignment before they step into the role. The average tenure of a CIO has grown from three to four-and-a-half years, Stephenson said, and CIOs don’t want to be moving every three years anymore.

Data, security, and IoT at the MIT Sloan CIO Symposium 2016