A candid CIO on the complexities of life and work: Lessons in empathy for leaders 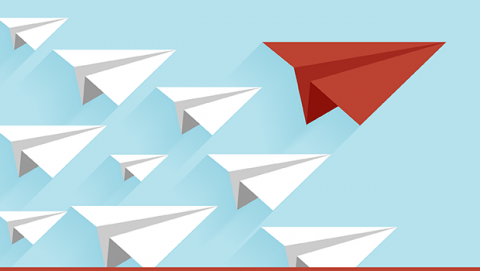 The turning point in my career arrived at the unlikeliest of times. In a single conversation that took place over two decades ago, my career trajectory and perspective on leadership were forever altered.

It was the autumn of 1992, and my marriage had just ended not with a whimper, but a bang. Suddenly and unexpectedly, I found myself to be both a software development manager at a $2 billion global shipping company and a single father with joint custody of a blonde-haired, blue-eyed, four and one-half-year-old girl, Julia.

Aside from dealing with the pain and sadness of divorce, I also found myself in a daily struggle to manage the natural work-life conflicts created by these life changes. Could I be a good and present single father while still fulfilling my career ambitions? At the time, my default thinking was, “No.” My career goals could and should wait as I built a solid foundation in this newly shaped life. Besides, I worked in a rather traditional and male-dominated culture, where long hours, late night phone calls and heavy travel schedules were badges of honor. That’s just how it was.

I was working late one evening on what we divorced parents would label as a “non-Julia” night when the phone rang. For some reason, Roger, the vice president of applications, wanted to speak with me in his office. My first reaction was, “Uh-oh.” I was immediately nervous, nagged by the sense that in juggling my life roles, I was doing poorly at all of them. He sat me down and after some small talk, we engaged in a conversation that went something like this…

ROGER: “Peter, I’m promoting you to director.”
PETER: “Excuse me?”
ROGER: (chuckling) “I’m promoting you. What did you think I wanted to talk about?”
PETER: “Well Roger, I don’t believe that you fully understand my situation…”
PETER: “I’ve recently become a single father…”
PETER: “I can’t come in early or work late whenever I want…”
PETER: “I have to plan my travel on non-Julia weeks…”
PETER: “I’ll have to rush out the door before childcare closes at 6 pm…”
ROGER: (with an "are you done yet?" grin on his face) “I know all that Peter. I’m promoting you, and you’ll do great…."

In retrospect, I did everything I could to talk him out of granting me the promotion, and his strong show of faith and understanding of my life circumstances meant the world to me. I would have walked through a brick wall for him. In the years that followed, I often pondered this question: to whom was Roger’s decision more meaningful, him or me? The answer is not as obvious as it seems. More on that in a moment.

This was the promotion I never saw coming. I simply didn’t see what Roger saw in me and in the short-term I struggled and juggled. The key to my ultimate success in this role was that he was aware of my “life story” and yet was still willing to place a bet on me. Doing this eliminated much of my worry about failure and inadequacy and allowed me to focus on being the best version of myself. Roger’s trust freed me to grow into an effective leader while remaining a committed and present father. Fewer than four years after this promotion I became a CIO, and my leadership vision had taken shape.

Everyone has a life story. We all deal with life’s demands that relentlessly pull us in opposing directions. It's true for you, and it's true for your staff. As you demand more from your team members, they are simultaneously attempting to deal with aging and ailing parents, family demands, daycare, maintaining good health, managing finances, seeking quality time with friends and trying to serve their communities. With this knowledge, it’s disingenuous and bad business to lead your teams without understanding their increasingly complex lives by just telling them to “Go innovate!”

However, this doesn’t mean that you don’t seek top-grade talent or demand excellence from the organization you lead. Quite the opposite. It only means that you’re more likely to achieve sustainable excellence in your organization by having a greater awareness of the very real life stories that reside there. Everyone's lives are complicated, a company's ability to achieve sustainable innovation will become increasingly dependent on understanding these life stories.

I left you dangling on the question of to who did that moment 23 years ago mean more, Roger or me? Well, the honest answer is I don’t know. While it certainly meant a great deal to me, I’ll bet that as Roger observed my career progress, he did so with great deep personal satisfaction.

I say this because of my experience with skip-level mentoring (that is, mentoring the direct reports of your direct reports) and driving to sustain innovation over an extended career. I can say with certainty that developing leadership talent has been one of the most meaningful roles in my life, increasingly so as my career has progressed. I wonder if maybe Roger felt the same way.

For many years, my "story" was my commitment to being both an effective CIO and Julia's dad. All of us as leaders can unlock potential by getting at these stories in our organizations. When we do this, we free our team members from many of their private worries about how they’ll achieve career success while still prospering as people. We free them to be great, which in turn sustains excellence and innovation. It feels right to lead organizations this way, and it’s great business to do so.

When in doubt, lean toward meaning.

And one more thing. Thanks, Roger. 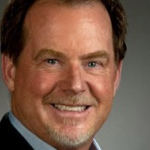 Peter Weis has over 15 years of global CIO experience, and is currently VP and CIO of Matson Navigation, a $2B, publicly traded, global transportation and logistics company (NYSE: MATX). At Matson, Peter leads a global IT organization that is responsible for strategy, software development, infrastructure, high-availability operations and all levels of IT governance.
More about me