IT leaders: If you aren't experiencing AR/VR for yourself, you risk falling behind 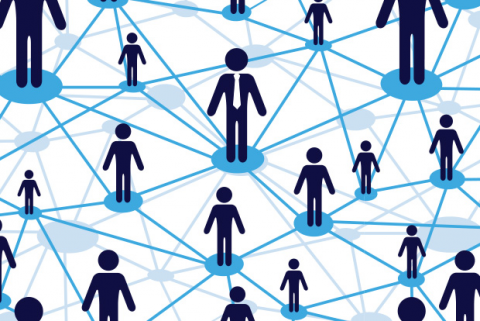 I’m sure you’ve noticed the increasing number of headlines with the words “virtual reality” (VR), “augmented reality” (AR), or “mixed reality” (MR) in them. Have you thought, “I need to pay attention to this?” Has FOMO set in? Have you done anything about it?

Even though we’re in the middle of an over-the-top hype cycle, if you look past the pandemonium we have many reasons to believe in the inevitable future of VR, AR, and MR. I'll walk you through how we got to where we are today – and some things you can do now to get ahead of this wave before it's too late.

The current state of our augmented world

Recent hype is, of course, fueled by the instantaneously ubiquitous Pokémon GO, and rightly so. For players who grew up with the brand (like me) and new players alike, Pokémon GO perfectly intersects brand and technology by fulfilling a wish we could previously only imagine, catching Pokémon in the real world.

By using AR, which puts a digital layer on top of a physical layer through your smartphone’s screen, Niantic, and The Pokémon Company have made it possible for trainers of all ages to see and catch Pokémon in their homes, at work, or wherever they happen to be.

To call Pokémon GO a smash hit is a bit of an understatement. Since its U.S. release on July 6, Pokémon GO is generating tens of millions of downloads a day, has crossed $250 million in revenue, and with an estimated 11 million paying users in the U.S. and U.K. alone, figures suggest it’s on its way to crossing the $1 billion mark.

Aside from catching Pokémon, there’s also VR, which transports you to real or imagined worlds, and MR, which lets you interact with digital holograms in your physical world. I know it sounds like science fiction, but it’s not. It’s here today, already amazing, and it’s only going to get better. [Click to Tweet]

Anyone who has stepped inside a higher-end HMD (head-mounted display), like HTC’s Vive, Oculus’ Rift or Microsoft’s HoloLens, will tell you what they experienced was remarkable. I’ve been working in this space for years now and have given countless demos to clients, co-workers, and friends, and the smiles produced on the faces of first-time users never cease to amaze me. I’ve had CEOs jump around like little kids and CMOs giggle uncontrollably. If smiles were a measurable metric, they would be off the charts.

And it’s all happening so fast. You can’t afford to wait any longer.

How did we get here?

It was only two short years ago that Google announced the Google Cardboard at the annual I/O developer conference. Since then, more than five million Cardboards have shipped, more than 50 million Cardboard-enabled apps have been installed from Google’s Play store, and nearly half a million hours of 360 VR videos have been watched on YouTube.

Google increased its commitment to VR at this year's I/O conference by announcing Daydream, the next-gen mobile VR platform that will be built into the upcoming Android N. Google estimates that in a couple of years there will be “hundreds of millions of users on Daydream-ready devices.”

It was a little over two short years ago that Facebook acquired Oculus for $2 billion. Oculus is a VR technology company, founded in 2012, that announced its original head-mounted display in the summer of 2012 and created a Kickstarter to fund development. More recently, the third generation of Oculus’ HMD, the Oculus Rift, was released to fanatical consumers in the first quarter of 2016.

In addition to Oculus, in late 2014 Facebook partnered with Samsung to launch the Samsung Gear VR, a next-level HMD powered by your phone. While the $99 Gear works exclusively with Samsung phones, it’s completely mobile, quite comfortable, and much more immersive than Google Cardboard.

During its Q2 earnings call, Facebook announced the Gear VR has amassed more than 1 million users, and more than 300 Gear VR apps are currently available via the Oculus Store. If you already own a compatible Samsung phone, stop reading this right now, get yourself a Gear VR (the fourth generation is shipping this month), and thank me later.

Another step Facebook took towards VR brought native 360 photos and videos directly to our Facebook feeds. Support for 360 video began rolling out in September 2015, and Facebook recently reported more than 200K 360 videos have been uploaded with hundreds more added daily. As more 360 consumer cameras, like the Samsung Gear 360 and Ricoh Theta S enter the market, expect these numbers to dramatically inflate.

The wave of the future

OK. Let’s take a breath. Google is all in. Facebook is all in. What about Microsoft?

Microsoft is all in too, with the advantage of having the only true MR device on the market today. The Microsoft HoloLens is a fully untethered holographic computer, in other words, a very sophisticated device. The developer edition of the HoloLens launched late in the first quarter of 2016 and is available now.

It’s important to point out that MR is a very different experience compared to VR. When wearing the HoloLens, you see your physical space along with your digital holograms. If you and I were in the same room, both wearing a HoloLens, we could see each other, talk to each another, and at the same time interact with shared holograms between us. HoloLens doesn’t replace the real world with a virtual one; it enhances the world we have.

Speaking as a certified agency partner for Microsoft HoloLens, I can assure you designing and developing holographic experiences for HoloLens opens up a whole new world of endless possibilities. We collaborated with Major League Soccer to redefine the replay in a professional sports training environment and evolved our thinking for the new challenges presented by MR.

So yes, things are moving fast.

In the first two months of 2016, VR/AR/MR investments hit $1.1 billion, with a significant portion going to Magic Leap, a company on the cutting edge of MR, and quite possibly the world’s hottest startup. Already, 2016’s early investments have eclipsed 2015’s total and by 2020, VR, AR, and MR is expected to be a $120 billion business.

But back to the “have you done anything about it” question. What should you do?

First and foremost, get your hands on a device or two (or three) to familiarize yourself with the available experiences in the marketplace.

Google Cardboards can be purchased directly from Google, and I recommend the $25 two-pack because you’re going to want to share. Cardboards can be found for as little as $5 on Amazon, but be forewarned, there are a lot of subpar, low-quality versions out there, it’s best to stick with a reliable supplier.

If you or a friend has a newer Samsung phone, spring for the $99 Gear VR, and if you’re considering buying a new Samsung phone, adding on a Gear VR is a no-brainer. It’s a must-have for Samsung users.

For a bigger commitment, both the HTC Vive and the Oculus Rift are sound investments for wrapping your head around (or vice-versa) the current state of VR. If you have space in your office for a “room-scale” setup, an empty area roughly 6.5ft by 5ft, I highly recommend the HTC Vive for two reasons; its room-scale feature lets you walk around your virtual worlds (mind-blowing), and the Vive ships with two hand controllers that allow you to interact with objects in your virtual world (also mind-blowing).

If you don’t have that kind of space, the Oculus Rift is great for seated experiences. Right now Oculus only ships with an Xbox controller, but their Touch Controllers (which I’ve used, they’re solid) will ship in the fall, and rumors are swirling Oculus will add room-scale ability in the future to compete with the Vive.

You’ll also need a VR-ready computer to power the HTC Vive or Oculus Rift, and fortunately for the strength of the market, prices on necessary components, like VR-compatible graphics cards, are coming down, putting them within the reach of more consumers.

If you want to experience something unique, Microsoft’s HoloLens is the way to go, and because it’s a self-contained device, it doesn’t require an additional computer to power it. Holographic apps are available through the Microsoft’s App Store on the HoloLens, and its portability makes it extremely easy to share with your fellow executives, co-workers, and business partners, inside and outside of the office. My HoloLens has been all over the country already, and I’ve not once run into any airport issues (knock on wood).

After securing a few devices, there are two tracks to go down. First, begin familiarizing yourself with available content across platforms and second, get those devices in the hands of your technical, creative and marketing teams. Imagining, designing and building experiences for any of these devices is going to be entirely new for anyone hasn’t approached it yet, and education starts with the experience itself. [Click to Tweet]

By taking these steps you’ll develop a basic understanding of what this rapidly evolving technology has to offer you and your company, and you’ll be prepared to look for areas where you can experiment with and apply VR, AR or MR. Experimentation is a smart and valid approach when starting out. Bite off small chunks and get people excited. Prove the value in measured amounts. And when you’ve gotten your feet wet enough, dive in.

Understanding our new reality is the best way to prepare yourself for VR, AR, and MR’s inevitable future, and I urge you to start today. 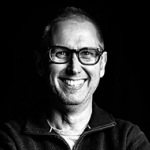 Dave Curry is VP Emerging Trends & Technology at POP. He leads POP’s efforts to identify the trends and technologies that will make a future impact on clients’ businesses. Dave leverages his vast experience as a creative technologist to curate vertical-specific collections of technology that are expected to shape – and occasionally disrupt – the industries in which POP’s clients compete.
More about me