NO PURCHASE NECESSARY TO ENTER OR TO WIN. A PURCHASE WILL NOT INCREASE YOUR ODDS OF WINNING. VOID WHERE PROHIBITED.

ENTRY IN THIS PROMOTION CONSTITUTES YOUR ACCEPTANCE OF THESE OFFICIAL RULES

1. Eligibility. The EnterprisersProject.com Annual Reader Survey 2016 (“Promotion”) is open to legal residents of Australia (excluding the states of New South Wales and the Australian Capital Territory), Belgium, Canada (excluding Quebec), Germany, India, Japan, the Netherlands, New Zealand, Singapore, South Korea, Spain, Sweden, United Kingdom, and the United States who are of the age of majority in their jurisdiction of residence at the time of entry (“Participant”). Employees of Red Hat, Inc. and each of its respective affiliated companies, subsidiaries, advertising or promotional agencies, and other agents, and the immediate family members of, and any persons domiciled with, such employees are not eligible to enter. Government employees and contractors are not eligible to enter.

2. Entry. NO PURCHASE NECESSARY TO ENTER OR WIN. VOID WHERE PROHIBITED. The Promotion begins on September 13, 2016 at 9:00 am Eastern Daylight Time (EDT) and all Entries must be received by September 23, 2016 at 11:59 pm EDT (the “Promotional Period”). Entry in the Promotion is completed by completing the survey located at https://redhat.co1.qualtrics.com/jfe/form/SV_8oVplnVMlZx82Jn "Entry". You must complete all required information on the survey form to be eligible to enter. You may be asked to answer optional questions and/or register for future notices of online promotions, but you are not required to answer any optional questions or agree to receive future e-mails from Sponsor to be eligible for entry in the Promotion.

LIMIT – One (1) Entry per Participant. Subsequent Entries will be disqualified. All Entries become the property of Sponsor and will not be acknowledged or returned. Only eligible Entries actually received by Sponsor within the Promotional Period will be included in the Prize Drawings. Use of automated entries or programs or entries submitted by third parties is prohibited and such entries will be disqualified. Sponsor will not be responsible for Entries that are in whole or part illegible, incomplete, damaged, altered, counterfeit, manipulated or obtained through fraud or lost, late, misdirected, mutilated, incomplete, or illegible entries or email, or for any computer related, online, telephonic, or technical malfunctions that may occur whether or not within Sponsor’s control and such Entries are void. In the event of a dispute, an Entry will be deemed to have been submitted by the owner of the email account entered on the registration form at the time of entry. For these purposes, an email account holder shall mean the natural person assigned to such email account by the Internet access provider, online service provider or other organization responsible for assigning email addresses for the domain associated with such email account. Any questions regarding the number of Entries submitted or the owner of an email account shall be determined by Sponsor, in its sole discretion, and Sponsor reserves the right to disqualify any Entries by persons determined to be tampering with or abusing any aspect of the Promotion. Normal Internet, phone and usage charges imposed by your online or phone service may apply. Sponsor reserves the right, in its sole discretion, to disqualify any Entry not in compliance with these Official Rules.

3. Selection of Winner. On or about September 23, 2016, Sponsor will conduct one (1) random drawing to select three (3) potential winners from the pool of eligible Entries received by Sponsor during the Promotional Period. Each potential winner will be notified by email on or about September 23, 2016 using the contact information provided by the Participant in his or her Entry (“Prize Notification”). If a potential winner does not respond within seven (7) days after the first attempt to contact him/her, or if the Prize Notification is returned as undeliverable, that potential winner will be deemed to have forfeited the Prize, and Sponsor will select an alternate potential winner in his/her place at random from all remaining eligible Entries until all Prizes have been awarded. Winning a Prize is contingent upon fulfilling all requirements set forth in these Official Rules. Noncompliance with the foregoing, or failure to abide by these Official Rules, may result in disqualification and naming of an alternate potential winner.

4. Prizes and Odds. The Participants whose Entries are drawn at random will each receive the entire collection of ten (10) books from the enterprisersproject.com Take the 2016 Enterprisers Project Reader Survey and enter to win 10 books (located at https://enterprisersproject.com/article/2016/7/2016-cio-must-reads-win-…) ("Prize"). The prize has an Approximate Retail Value ("ARV") of $250 USD. The total ARV of all Prizes awarded is $750 USD.

Prizes are subject to availability and Sponsor reserves the right to substitute a prize of equal or greater value. Odds of winning depend on the number of eligible Entries received. Prize may not be redeemed for cash value and may not be transferred or assigned, except by Sponsor. Prizes consist of only those item(s) specifically listed in Paragraph 4 above (“Prizes and Odds”). Prizes will be delivered to Winners via standard postal mail approximately one (1) to two (2) weeks after the drawing takes place. Sponsor will not replace any lost or stolen Prize. Each Prize is awarded without warranty of any kind from Sponsor, express or implied, without limitation, except where this would be contrary to federal, state, provincial, or local laws or regulations. Expenses not specifically stated above, together with the reporting and payment of all applicable taxes, fees, duties, and/or surcharges, if any, arising out of, or resulting from, acceptance or use of the prize, are the sole responsibility of the Winner. Restrictions, conditions, and limitations apply.

Any trademarks associated with the Prizes awarded under this Promotion are registered or unregistered trademarks of their owners, who are not affiliated with nor have endorsed this Promotion. Prizes awarded under this Promotion may be subject to restrictions and licenses from their manufacturers and may require additional hardware, software, service, or maintenance to use. Winner shall bear all responsibility for use of such prize in compliance with the conditions imposed by the manufacturer, and any additional costs associated with its use, service, or maintenance.

5. Condition of Participation. By entering the Promotion, Participant agrees to be bound by these Official Rules and the decisions of the Sponsor, which shall be final and binding in all respects. Any attempt to deliberately damage the content or operation of the Promotion is unlawful and subject to legal action by Sponsor or its agents. Sponsor reserves the right to disqualify persons found tampering with or otherwise abusing any aspect of this Promotion as solely determined by Sponsor.

Winners may be asked to participate in publicity. Except where prohibited by law, a Winner’s acceptance of the Prize constitutes permission for Sponsor to use such Winner’s name, address (city and state only), statements, photograph, voice and/or likeness for any advertising and promotional purposes relating to the Promotion, in any media now known or hereafter devised, without further notice, compensation, consideration, review or consent and without regard to moral rights.

6. Compromise of Promotion. In the event the Promotion is not capable of running as planned as the result of bugs, virus, non-authorized human intervention, tampering, technical failures, fraud, or other causes beyond the reasonable control of Sponsor that corrupts or impairs the administration, security, fairness, integrity or proper operation of the Promotion, Sponsor reserves the right in its sole discretion to cancel, suspend, modify or terminate the Promotion. Should the Promotion be terminated prior to the stated expiration date, Sponsor reserves the right to award the Prizes based on the Entries received before the termination date.

7. Limitations of Liability. By entering the Promotion, Participant agrees that (1) any and all disputes, claims, and causes of action arising out of or in connection with the Promotion, or any prize awarded, shall be resolved individually without resort to any form of class action, and Participant waives his or her right to a jury trial for such disputes, claims, and causes of action; (2) any claims, judgments and awards shall be limited to actual out-of-pocket costs incurred, including costs associated with entering the Promotion, but in no event attorneys’ fees; and (3) under no circumstances will any Participant be permitted to obtain any award for, and Participant hereby waives all rights to claim punitive, incidental or consequential damages and any and all rights to have damages multiplied or otherwise increased and any other damages, other than damages for actual out-of-pocket expenses. Sponsor assumes no responsibility for any error, omission, interruption, deletion, defect, or delay in operation or transmission; communications line failure; or theft, destruction of, alteration or unauthorized access to Promotion Entries. Sponsor is not responsible for any typographical or other error in the printing of the offer, administration of the Promotion, or announcement of the Winners.

8. General Release. By entering the Promotion, Participant releases and holds harmless Sponsor, any other promotional sponsors, and each of their respective affiliated companies, directors, officers, employees, representatives, partners and agents from any liability whatsoever for any claims, costs, injuries, losses or damages of any kind arising out of or in connection with the Promotion or with the acceptance, possession or use of any prize (including, without limitation, claims, costs, injuries, losses or damages related to personal injuries, death, damage to, loss or destruction of property, rights of publicity or privacy, defamation or portrayal in a false light).

9. Privacy. Participants will be asked to provide personal information to enter the Promotion, which will be transferred to servers located in the United States. By entering the Promotion, you consent to transfer of your personal information and to the terms of the Sponsor’s privacy policy located at http://www.redhat.com/en/about/privacy-policy. If you wish to opt-out of receiving further communications from Sponsor or have other questions regarding Sponsor’s privacy policy, please contact Sponsor at Red Hat, Inc., 100 East Davie Street, Raleigh, NC 27601, Attn: Newsletters.

10. Governing Law. The Promotion is subject to all federal, state, and local laws. The Promotion and Official Terms are governed and interpreted by the laws of the State of North Carolina (U.S.), without regard to its conflict of law provisions.

11. Official Rules / List of Winners. To obtain a copy of these Official Rules or the Winner List (available after September 23, 2016), please email your request to tep-content@redhat.com no later than March 23, 2017. 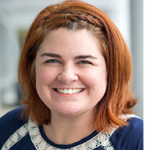