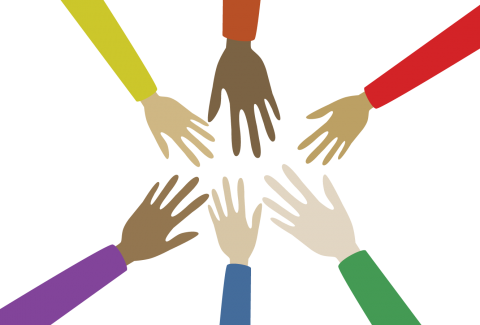 (This interview is part of a series highlighting the winners of the Georgia CIO Leadership Association CIO of the Year Awards. Read the intro to this series here.)

In his first year as CIO of HD Supply, Brad Cowles completed a major reorganization within IT to create and emphasize a more innovative culture. It’s one of the accomplishments that led to Cowles winning the Enterprise CIO of the Year award from the Georgia CIO Leadership Association.

We asked Cowles to give us more insight into why culture matters in IT, how he keeps the importance of culture top of mind with everyone in his organization, and the one character trait he looks for in IT hires above all else.

The Enterprisers Project (TEP): Can you talk about the importance of culture to the overall success of an IT organization? 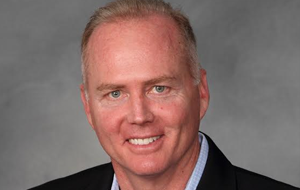 Cowles: Innovation is actually more an outcome of having a good culture than anything else. It starts with attracting and then retaining the right talent. Our organizational overhaul was essentially a process of identifying and coaching, moving or replacing those people in the leadership ranks who weren’t leading with the cultural traits that HD Supply values. These are respect for and development of our people – a team-oriented culture where everyone’s got each other’s back; where everybody feels that we’re in it to win it, together. We call this an environment of universal trust.

What that type of culture promotes is an environment in which people are not afraid to ask questions and challenge things that they hear, and one that promotes transparency about why the work they’re doing matters. The only way you get employee engagement up in the high ranges – 70, 80, 90 percent – is by having a culture like that from the get-go. You can’t do it with money. You can’t do it with titles. You’ve got to have that culture.

TEP: How do you hire for the right cultural fit – are there specific attributes you look for in addition to technology skills?

Cowles: Absolutely. We’ve got a set of running rules when we hire. Our IT department has hired over 100 people this year alone, so having a good recruiting cadence with my hiring managers, our recruiting team, and external recruiters has been necessary. We look at skills, values, and general character for a cultural fit. But the No. 1 thing we look for is summed up in one word, and that’s humility. This is because humility is 70 percent of what a cultural fit really looks like around here. It’s easy to pick out in how an individual talks about what they’ve accomplished. They have to be specific and talk about what they did personally, in terms of adding value, but the way they deliver it, their use of “I” versus “we” and how they give away or hold on to credit, is very illustrative of their degree of humility. That’s the simple litmus test, and the more experienced you get as a leader, the easier that is to spot.

More in this series

TEP: How does humility translate into success for the IT organization?

Cowles: IT is not a 9-to-5 job. Often some of the heaviest lifting in an IT organization is done late at night and on the weekends, because that’s when we make new things come to life. Or, that’s when we fix issues that are dirty and nasty. One recent weekend, for example, we did a major HR platform upgrade, and it didn’t go as smoothly as expected, with multiple team members working very long hours over a three day period. The following Monday morning, I received the names of these associates and realized the manager of the team had not put herself on the list. This shows the team members that their manager recognized the work they put in after hours, likely missing time with their families, and did not take credit for it. Instead, the manager gave credit where credit was due. On the other hand, if your manager comes in and takes all of the credit for the work done, what’s the likelihood that you’re going to give 120 percent on your weekend ever again? It’s just one example, but you multiply behavior like that a thousand times a year and it translates into a much higher performance team than a team with people who are less engaged and unwilling to jump on that grenade for each other.

TEP: Can you describe some of the things you do as CIO to reinforce your culture and keep its importance top of mind with everyone in IT?

Cowles: I’m very engaged, personally and socially, around our big office locations. I sit in Atlanta where we have about 140 IT associates, and I often travel to Orlando where I have another 140 or so on my team. Here, in Atlanta, everyone knows I do my morning coffee runs between meetings. When I do that, I walk the whole perimeter of our giant floor, and I make a point to always stop in and ask questions of people on the team. Often I’ve talked to their leader in advance, and I can point to specific accomplishments they’ve had, or ask a few relevant questions about what they’re working on. People really lean into these conversations because it’s obvious that I am listening and up to speed on the work they do. Not only that, I’m also broadcasting their great work to the next two rows of cubicles. It almost always leads to another question about another subject, and I keep rolling it down the hallway. Week after week after week I do this and I get a huge amount of positive feedback from these impromptu discussions.

CIOs should broaden their opportunities to listen, to meet, and to understand. For me, this means trips to the field, trips to the team, and trips to meet with the customers.

As another example, in each major city that our IT team sits, I set up a CIO roundtable every few months. Basically, it’s a celebration for anybody who has had a birthday since our previous meeting, and I bring in lunch. There are typically 20 to 30 people in the room, and we do some kind of goofy icebreaker that gets people talking. Then, we set aside 30 to 45 minutes where they can ask me anything that they want. It can be about the company, about the stock, about IT, about my family – it doesn’t matter. In those roundtables, I always try to bring home the family values of our team and why we love working together. It’s a feel-good reminder that happens on a regular basis.

TEP: What advice would you give to other CIOs who are looking to change or improve the culture within their own organizations?

Cowles: We have a catchphrase: “Listen, Learn, Help, and Lead.” In that order. If you’re the kind of leader who is not inclusive, if you don’t expand the circle of people from whom you solicit advice, people are going to be more wary, less trusting and less inspired by your leadership. CIOs should broaden their opportunities to listen, to meet, and to understand. For me, this means trips to the field, trips to the team, and trips to meet with the customers. Bottom line, don’t be a behind-closed-doors, insular kind of leader who only trusts a small inner circle of people. Be a broadly available, highly social leader. That’s a lot more engaging for the people who work for you.

TEP: What do you like best about being a part of the Georgia CIO Leadership Association?

Cowles: I think the CIO role is, in many ways, a lonely role. It generally means you’ve reached a level where your peers are each leaders in different areas and they don’t deeply understand what you do – a major difference from being one among a staff of IT leaders. The Georgia CIO Leadership Association is a great source of peer collaboration and, sometimes, commiseration. The networking is incredibly valuable. In fact, I have a list of three or four things right now that I plan to call GeorgiaCIO members to discuss.