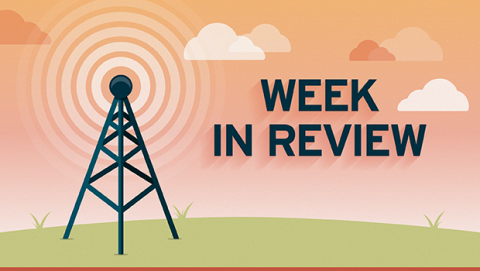 Last week we covered a few of the people issues that may be facing CIOs, such as automation, engagement, and generational divides. In this news roundup for IT leaders, we highlight one more that’s been in the headlines this week: Diversity. See what the latest articles have to say on this issue below.

Citing Uber’s release of its first diversity report, Davey Alba commented in Wired that the company’s “dismal” numbers were not too far off from the tech industry average and challenged the notion that transparency is doing anything to improve the problem. She writes, “After a few years of similarly lousy reports and similarly uninspired rhetoric from across the industry, diversity reports seem to have done little to spur actual improvements in tech industry diversity. Seems like the best way to demonstrate commitment to change is to change.”

If transparency isn’t the solution, what about culture? A Harvard Business Review article this week by professor John Traphagan points out the problems with culture – in particular, that it “isn’t just about unity; it’s also about division. Rather than a deterministic ‘thing’ that shapes behavior and unifies people, culture is something people use, often strategically, to achieve goals.” And when it comes to diversity, the article points out that “rather than making everyone feel included, praising diversity can make some people feel singled out or threatened.”

Getting the metrics right

Also in Wired, Aubrey Blanche, global head of diversity and inclusion at Atlassian, argues that accurate measurement is the first step in creating positive change. For instance, she points out that company-wide measurement of gender or ethnicity doesn’t measure “diversity” as much as it measures “representation.” Instead, she writes, “Companies should focus on a unit of analysis that measures where diversity has the greatest impact: at the team level. Teams are key to improving diversity, because it’s the interactions between people every day that we’re actually talking about when we say “diversity.” Teams are also where the innovation that creates business value actually happens. Looking at the diversity of teams is the only way to understand whether people with different backgrounds, perspectives, and identities are actually working together on a daily basis.”

Better data is also the solution proposed by Project Include, a “group that hopes to help the industry get more realistic – and more accountable – with diversity assessments.” Writing for Forbes, Katheryn Thayer summarizes the metrics that go beyond hiring that can provide a more accurate picture of diversity, such as bonuses, promotion rates, and equity.

In Fast Company, Adele Peters details one of the ways Google is tackling the diversity problem: by inspiring teenagers of diverse backgrounds to pursue technology. Peters offers readers a look inside Google’s Code Next lab in Oakland, which is “particularly designed to reach black and Latino students, in 8th to 10th grades, about half of whom don’t have access to computer science classes in school.” The program is catching on and having an impact. Peters writes, “Teachers and other organizations are beginning to visit both the Oakland and New York programs to learn from the successes it’s had since it launched in 2016: 97 percent of students have said that the lab provides a better space for hands-on learning than their school, and 80 percent said it has given them the confidence to pursue a tech career. Google hopes to share the curriculum and approach widely, so it can be replicated elsewhere.”