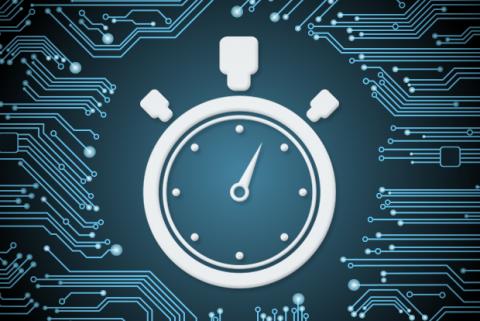 For many years, Facebook’s mantra for developers was “Move fast and break things.” One of Google’s eight pillars for creating a culture of innovation is “Launch, then keep listening.” Though the wording of these two ideas is different, the message from both is the same: Given the pace of innovation today, techno-business agility is essential.

In Ebix, we work similarly, focusing on speed to market first, then collecting feedback and making adjustments to our products and services. This doesn’t mean that we’re lowering the bar on the quality of what we produce – in fact, it’s the opposite. We’re just taking a different path to get to where we want to be.

Because projects change all the time, it’s dangerous to have a set picture of what the end product will look like ... Being agile, flexible, and fast to iterate is key.

Focusing on speed to market requires an agile mindset and adaptability. Because projects change all the time, it’s dangerous to have a set picture of what the end product will look like. Six months from now, influences beyond your control can affect it: The business environment could have changed and/or the technology landscape could have evolved. Being agile, flexible, and fast to iterate is key.

This philosophy of working quickly and receiving feedback quickly isn’t easy for every IT leader to enact. My career began at a startup where everyone wore multiple hats and we lived and breathed this mentality. Startups have a lot at stake; when you’re worried about making the next payroll, you’re forced to think differently. You don’t get involved in silly, ego-driven battles; instead, you’re focused on keeping customers happy. And more often than not, if you wait until something is perfect, you risk failure.

Beginning my career in that environment certainly influenced my thinking and how I prefer to run my department today. It’s also one of the reasons why I love my work at Ebix: We have a startup mentality in which we’re humble, lean, and work quickly to strive for success.

Though this has been my philosophy for quite some time, it’s important that team lives and breathes it, too. The most effective way this happens is by leading by example and communicating this frequently. These two methods help people internalize the concept and philosophy themselves. With this, the agile mindset becomes second nature to everyone in my team.

While it’s important that my team understands why we do this, it’s equally as important that our customers understand why we operate this way because some might not be used to this delivery method. With our customers, we focus on winning their approval and trust. To do this, we might say, “We have this problem that we’re trying to solve, so let’s get started with some quick wins.” It’s a persuasion. You have to make a believer out of them by earning their trust and respect, and explain why you’re taking this approach.

At Ebix, we’ve been successful in adopting the same mindset that governs operations at tech giants and startups. In focusing on business agility,  we protect our innovations and our competitive edge in the marketplace, all while earning the respect of our customers. 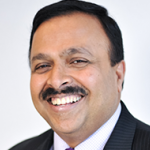