How to choose an emerging technology: 3 factors

Aaron Stibel walks you though his choice for a modernization effort – including culture fit.

Dun & Bradstreet is moving through a transformation effort to consolidate many of its products into fewer platforms. In the past, development teams marched down multiple paths, often creating products as silos. When we looked at the situation we saw a lot of synergies in bringing those products together under a single platform.

Five years ago we created Phoenix, an enterprise modernization effort that integrated our existing technology platforms from several expensive legacy systems into a single platform using SaaS, cloud and open source technologies. While the Phoenix back end has been operating very well, we realized recently that the front end was not as effective in areas such as adapting for new products. As a result, we’ve been able to jettison the front end of that system and replace it with AngularJS, a JavaScript-based open-source client and server-side web application framework.

We’re able to do that because the system was built using web services and open APIs. As a result, we’re not only able to create better and faster changes for our customers, we can roll other legacy products onto this platform amongst sharing teams across our organization. We rolled out our first product in January based on Angular, and followed with U.K. and Irish versions of that product not too long after.

As an emerging technology, then, Angular actually did pay off and sped up our ability to deliver products and re-platform expense products.

How did we choose this technology? It comes down to a few factors you may want to consider in your own efforts.

Making this transition among the technology and product teams was a massive effort. Because we considered all these factors, we are doing a great job delivering products on time and on budget. We’ll continue doing that as we roll out to more countries over the next several quarters. 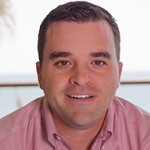 How to bring the best ideas to life: 6 steps
Submitted By Graham Binks
July 03, 2020

Be deliberate about the way you handle ideas, where you focus, and how you innovate with your customers for validation. Consider this six-step process to bring the best ideas to reality.

Read Article
IT careers: How to get a job as a solution delivery architect
Submitted By Michael Del Castillo
July 02, 2020

As a liaison between developers and executives, a solution delivery architect shows strong communication skills. You'll need to listen and translate what you hear into digestible solutions.