Meet the 2017 Chicago CIO of the Year award winners 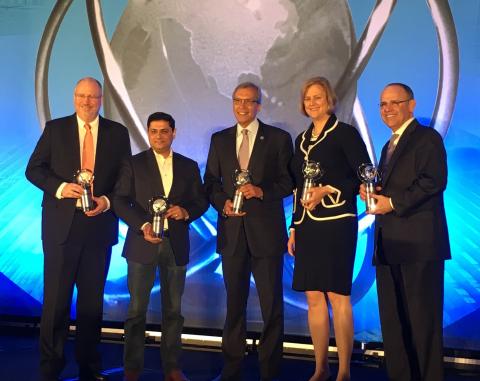 The Chicago CIO of the Year Awards program is the premier technology executive recognition program honoring Chicagoland CIOs who have demonstrated excellence in technology leadership. The Enterprisers Project had the privilege of attending the recent ceremony.

This year, more than 80 CIOs were nominated for the program's ORBIE Awards, which recognize the outstanding accomplishments and leadership of CIOs in five categories: Super Global, Global, Enterprise, Corporate, and Nonprofit. CIOs were judged via a competitive and rigorous process conducted by a panel of previous ORBIE Award winners, CIO peers, and industry experts.

To be considered for the award, CIOs are evaluated against specific criteria including innovation, leadership and management effectiveness, business value creation, and community involvement – both in and outside of their organization. To win is a significant professional distinction. The winners were announced in late March at the organization’s awards event in Chicago.

The Enterprisers Project recently had the opportunity to interview the 2017 winners. We learned more about the achievements that led to their award wins, the challenges they had to overcome, and their advice for other CIOs.

During the next two weeks, we will share that wisdom in a series of Q&A interviews showcasing the 2017 winners, including:

Delve into the series, kicking off today, by checking out our interview with Linda Jojo of United Airlines.