A peek at HBO Go, an IT-led initiative that paid off 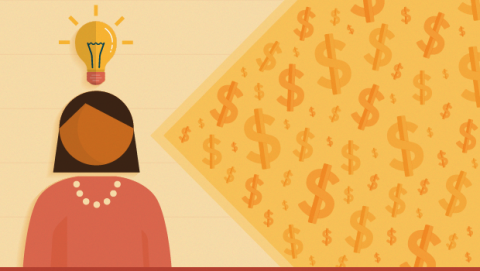 “Game of Thrones” fans will likely recognize the fourth and final in our series of IT revenue-generation strategy snapshots: HBO Go. It’s also a great example of an IT-led initiative that required close collaboration and partnership with teams across the business in order to get off the ground.

According to a recent report from Harvard Business Review Analytic Services, “While a number of HBO’s executives believed in the digital future, others feared its impact on their existing revenue streams.” The ultimate success of HBO Go, led by then-CIO Michael Gabriel, also depended on a shared vision and executive support from CEO Jeff Bewkes (now CEO of Time Warner) and CFO Bill Nelson.

What it is: The streaming service of HBO content launched in 2010 at a time when, according to the report, “it was clear that digital distribution of content would disrupt the video industry just as it already had the music industry.”

Challenge and opportunity: In order to get ahead of this trend, Gabriel needed to convince affiliates that a streaming service would not negatively impact customer relationships. Also, the report notes, “While Gabriel understood what the technology was and wasn’t capable of when they began, they couldn’t predict the timing of when full streaming at high quality would be viable. But by being the leader, they had the opportunity to establish their own standards and do things the way they thought they should be done.”

Outcomes: Partnering with the business to stay one step ahead of digital disruption was a huge success for HBO. As the report highlights, “HBO’s influence in building industry momentum to leverage rather than fall victim to Internet distribution was significant. HBO Go, HBO Now, and the value of HBO’s content were mentioned as key factors in AT&T’s intended acquisition of Time Warner.”