4 container adoption patterns: What you need to know

How is IT using containers, what’s the best adoption pattern for you – and where are the speed bumps?

Containers have quickly won a key role in enterprise IT plans for a practical reason: They help organizations gain speed. And for digital businesses, speed equals revenue. But how are your peers using containers, what’s the best adoption pattern for your company – and what speed bumps should you avoid?

At this time of digital transformation, it’s crystal clear why today’s businesses desire speed. When a rival uses technology to make an unexpected move, or makes a big acquisition, you must react quickly. For example, the recent Amazon acquisition of Whole Foods demands fast action from supermarket competitors. To achieve that kind of business speed, IT leaders want to flip the 80/20 paradigm, where IT traditionally spent 80 percent of its budget on maintenance and 20 percent on innovation. CIOs seek to allocate more budget to help the business be agile and nimble.

Containers, DevOps, and microservices all fit together to help CIOs achieve that goal of agility. In short, containers corral applications in a neat package, isolated from the host system on which they run. Developers can easily move them around during experimentation, which is a fundamental part of DevOps. Containers also prove helpful as you move quickly from development to production environments. (For more, see this background guide on containers.)  Of course, technology alone doesn’t solve the problem. CIOs must also manage the cultural challenges that arise when you start working in cross-functional DevOps groups and rethinking boundaries and process.

But CIOs can learn plenty from their peers’ work on both fronts of culture and technology. On the technology side, when working in the trenches with companies adopting containers, you see many of the same goals and hurdles. Let’s examine the four typical ways companies adopt containers – and what you should know about each pattern.

How companies tap into containers

First, understand that there’s not one perfect container adoption path for your company. You may begin using containers on one path, then hop across to another later. Also, different groups inside a company often use containers in different ways - so it’s common to see multiple usage patterns at once.

Many companies begin using containers and then realize they need a platform. Often, a particular group, say a DevOps group, is working hard to drive change. This group needs an agile technology platform in order to experiment and deploy quickly, so they start working with containers. They get IT leadership on board, convincing them that containers are here to stay. The key question becomes, what platform will we use to deploy and manage the containers? While there are plenty of open source container tools to experiment with, an enterprise-grade container platform typically comprises dozens of open source projects, including Kubernetes orchestration, security, networking, management, build automation and continuous integration and deployment capabilities out of the box. In sum, a platform addresses management, governance, and security concerns.

Some companies seek containers mostly to house cloud-native apps being created by application development teams, including new work and revamps of existing apps. These apps are often microservices-based. The goal is to break up an app into its underlying services, so teams can update the apps independently. Flexible APIs also typically fit in here. You want apps that can engage with other apps, systems, and data - both yours and your customers’ and partners’ – using a secure, well-understood set of APIs. You also need to integrate with existing systems.

Containers, in concert with microservices and APIs, make it easier for the dev teams to develop, collaborate, and deploy cloud-native apps.

In this commonly used pattern, an operations team, or another group managing a large group of apps, has seen the advantages of public cloud. Elasticity, speed, and performance have strong appeal. But the group needs to run some apps in existing on-premises environments - perhaps for historical, regulatory, or security reasons. The group also typically grapples with existing bare metal server or virtualized environments, and perhaps some existing private clouds. They may want more flexible storage options as well. For an IT group thinking about all this, cloud management becomes crucial.

The key questions: How do I get an abstraction level, a platform that runs well in all these environments and lets the operations team manage apps seamlessly? And how do I let developers deploy to one place, which can hide a variety of underlying infrastructures? That convenience is important to speed.

In this pattern, a company starts up a small team to solve a specific business problem - say a mobile app to improve customer experience. The feeling is, “the way we’ve been working we’re not working quickly enough.” We need more modern practices. We need people to be change agents.” The company needs the group to quickly create, iterate, and make sure that IT can later scale out the solution. These groups often get new, enabling technologies and permission to run by different rules.

No two digital transformations look alike. No two DevOps journeys will be the same. And as these four container adoption patterns show, you don’t have to use containers exactly like the company down the street, or like your rival. But you can learn from them. Consider these parting tips for IT leaders trying to move faster, using containers:

Do you have additional advice for IT leaders pursuing speed using containers and/or DevOps? We’d love to hear from you in the comments section of this article. 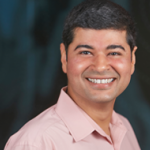 This post is very informative. apps like onebox hd also comes under hybrid cloud. https://oneboxhd.com is a movie streaming app.