The 7 habits of highly effective DevOps

Most people struggle to communicate about DevOps culture and desired results. Use this guide 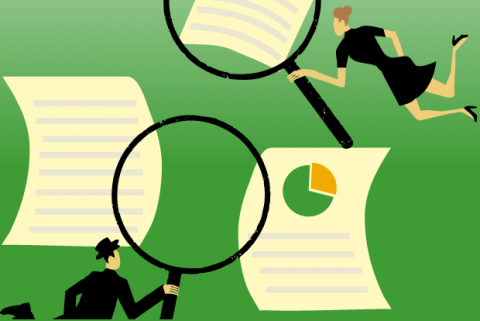 What aspect of DevOps poses the biggest challenge for IT leaders? As I discussed DevOps with hundreds of leaders during a recent event series with Gene Kim, an author of The DevOps Handbook, I heard one answer loud and clear: It’s the culture change. The concepts of blended or shared responsibilities, blameless postmortems, and speed vs. stability often run counter to the principles you’ve been taught about leading IT. You realize that the future of the business will be highly impacted by your ability to deliver software faster (via new features, new products, and new routes-to-market) – but you struggle to find a language or framework to communicate to your teams (and peers) about how to make DevOps and these results happen.

Far too often, we ask IT leaders to learn the language of lean manufacturing or the principles taught by W. Edward Deming. While these approaches are valuable and can draw a parallel between the factories of physical goods and 21st-century bits factories, they require yet another learning curve before change can occur and take hold in an organization.

[ How can you tell a fantastic DevOps organization from a mediocre one? See our related article, DevOps Jobs: How to spot a great DevOps shop. ]

So with that in mind, I thought it would be useful to adapt a popular business framework – Steven Covey’s “The 7 Habits of Highly Effective People” – into a model that can be used by business leaders trying to bring DevOps culture into their organizations. Let’s see if this can help solve your language struggle.

Let’s start with the one constant in IT: Change happens, constantly. If you started 20 years ago, client-server was just beginning to gain momentum. If you started 10 years ago, the iPhone had barely been introduced and AWS had two services. If you started five years ago, Linux containers were still overly complicated to use and web-scale companies weren’t open sourcing important frameworks.

We’ve seen massive changes over the last 50 years regarding which companies lead their respective industries, and which market segments are the most valuable (hint: today it’s technology). Business leaders must recognize that technology is driving these changes at a more rapid pace than ever before and be proactive at being prepared for the next round(s) of changes. Be the change agent the business requires. Be responsible for behavior, results, and growth.

2. Begin with the end in mind

No business executive wakes up and says, “We have a DevOps problem!”

No business executive wakes up and says, “We have a DevOps problem!” Instead, you lose sleep over reducing time-to-market for new capabilities, reducing security risks, and other metrics that can be directly tied to the top or bottom line. This is why I believe that “Confidence in Shipping Software into Production” is the most important DevOps metric.

At its core, this metric begins with the end in mind: Can we get software into production safely and reliably? From there, you work backward to determine how frequently this can happen, which leads to an examination of existing skills (people), ability to manage deployment frequency (culture), and if the right tools and platforms are in place (technology). Focus your time and energy on things that can be controlled.

You need to execute on the most important business priorities. While it’s easy to imagine what a greenfield organization would do to make “DevOps” the default technology culture, the reality is this is not an immediate reality for most organizations. Their org charts are optimized for yesterday’s business model and distribution strategy. They have many application platforms, often siloed for different lines of business. And they need to adapt their applications to become mobile-native in order to address emerging customer expectations.

Putting first things first, these core elements need to be in place before the business can expect to be successful at rapidly deploying software into production.

Once these elements are in place, many IT teams are ready to start containerizing their existing and modern applications.

Far too often, the DevOps discussion is framed as the tension and disconnect between Development and Operations teams. I often call it an “impedance mismatch” between the speed that developers can push new code and the speed that operators can accept the updates and make sure that production environments are ready.

Before we blame all the problems on operations being too slow, it’s important to look at why it’s believed that developers are so fast. From the 2017 State of DevOps report, we see that Gene Kim (and team) measure the speed at the point when developers push code into source control (e.g. Git, GitHub.)

They aren’t measuring the speed of design and development. Even in a microservices environment, it can take several weeks or months to actually develop the software features.

So how do teams potentially get to a win-win scenario? Here are a few suggestions:

5. Seek first to understand, then be understood

Six or seven years ago, nearly every CIO said they wanted to try and emulate the output of web scale giants like Google in terms of operational efficiency (1,000 servers per 1 engineer) and be more responsive to developers and the business. Unfortunately, at the time, it was difficult to find examples of companies outside of Silicon Valley that could actually execute at a similar level. And the technology Google used was not publicly available. But times have changed significantly over the last few years. Not only is Google’s technology (e.g. Kubernetes) readily available via open source projects, but the examples of enterprise companies implementing similar success are plentiful.

So before you send a few architects out to Silicon Valley to study with the masters, it might be more valuable to study similar companies to your own. This will surface experiences that are industry-specific, region-specific, and use-case-similar. It will also help answer the question of, “But, how can we do that without hiring 100+ PhD-level engineers, or $1M+ salaried employees?” Sometimes the right answer is to leverage the broad set of engineers working on popular open source projects.

Everything someone needs to be successful in DevOps they learned in first grade.

I’ve often said that everything someone needs to be successful in DevOps they learned in first grade. For example, “play nicely with others,” “share,” and “use your manners.” The challenge is that org charts and financial incentives (such as salaries, bonuses, and promotions) are often not aligned between Dev and Ops teams in order to accomplish these basic goals.

Some knowledge of Conway’s Law comes in handy here. If the goal is a specific output (e.g. faster deployment of software into production), make sure that the organizational model is not the top barrier to accomplishing the goal. Cross-pollination of ideas becomes critical. Teams need to share their goals, challenges, and resource availability with other teams. You want to innovate and problem solve with those who have a different point of view.

It would be easy to say that IT organizations need to make sure their teams are keeping up-to-date on training and new skills. But all too often, this becomes a budget line-item that sometimes get ignored. The proper way to address the need for “skills improvement” is not to think about it as “training” (perhaps attend a course, get a certification), but rather to incorporate it into an actual work activity.

We’re moving into an era in IT where all the rules and best practices that have been stable for the last 15 to 20 years are being re-written. This means that it’s critical to leverage modern ways to learn new skills. Encourage employees to seek the best way for them to learn (such as side projects, meetups, and online learning) and then have them bring those new skills back to the rest of the team. Make it a KPI to improve the skill levels and skill diversity of the entire team, with incentives for individuals and the overall team to get better. Bottom line: Seek continuous improvement and renewal professionally and personally.

The importance of storytelling

The 7 Habits framework has proven to be successful in helping individuals and groups improve interpersonal skills. Those skills are at the core of any cultural transformation.

Beyond the 7 habits, one more skill should be on every leader’s mind. One of the most important skills that IT leaders can leverage as they drive transformation is the ability to tell stories of success and change. The storytelling skill can inspire emotions and can help spread successes from group to group. Storytelling also helps a group to personalize its challenges, and adapt solutions to suit the group’s particular cultural nuances.

A version of this article was originally published on the OpenShift blog; this is republished with permission. 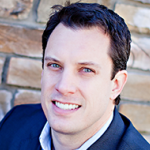 Brian Gracely (@bgracely) is Director of Product Strategy at Red Hat, focused on OpenShift. He brings 20 years of experience in Strategy, Product Management, Systems Engineering, Marketing and M&A. He is recognized as an industry thought-leader in Cloud Computing, as well as being co-host of the award-winning podcast, The Cloudcast (@thecloudcastnet) and weekly Kubernetes podcast @PodCTL.
More about me