Leading IT through a merger: CIO lessons learned 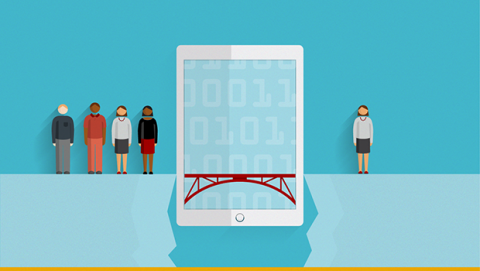 When Eversource Energy announced that it was going into a merger, CIO Kathy Kountze thought it might be a good time to step down. “As with most mergers, there was two of everybody, including CIOs.” Kountze said. “My concern with the merger was that the competing cultures from multiple companies coming together were going to be a roadblock to tackling any meaningful challenges for the business. The budgets were all over the place, the leadership was fragmented, etc. I thought I was ready to move on.”

But when her CEO communicated his vision to move to a centralized organization, which included moving all technology budgets and projects under one CIO, and she was asked to lead the charge, she rose to the challenge. Kountze recently won the Enterprise CIO of the Year award from the Boston CIO Leadership Association for these efforts and more. We asked Kountze to share her approach and lessons learned along the way.

The Enterprisers Project (TEP): Your team was given the opportunity to lead Eversource in its “one company” transformation post-merger. How did you approach that challenge?

Kountze: When our CEO announced his “one company” vision to the entire organization, I needed to figure out how IT would support that vision. It was a very different model than what we were used to. Not only did I need to convince the IT organization and get them to understand what that meant for us, I needed to engage with my business partners and discuss how we were going to work together collaboratively moving forward to begin integrating and transforming the organization. The latter was difficult because it hadn’t been the role of the CIO to initiate those discussions in the past, at either organization. It was breaking new ground to go to my peers in the business and ask, “How can IT support your vision on how you would like to operate in this new world?”

This required more meetings and conversations than I’ve ever had in my whole career with my peers in the organization to constantly communicate that things were going to have to change for us to succeed and move towards the corporate vision. For example, we now needed to discuss new solutions that would cut across all operating companies and not just meet the needs of one. Everyone needed to be in the room for these conversations: IT and all relevant business areas and operating companies. It was initially a challenge and a surprise for many in the company that we weren’t going to move forward with new solutions unless we went about it the right way – the more collaborative way. And it was a very different model to have these discussions being initiated and sometimes even led by IT.

Moving to a “one company” approach was just as difficult within the IT organization as it was in other parts of the organization. I told them that 90 percent of what we had historically was going greenfield; we were starting from scratch. All of our processes needed to be better defined. We needed more discipline around how we implement projects and worked with our business partners. We needed both IT and business partners to be fully engaged, at the table, or we weren’t going to move forward with implementing solutions. Bottom line, we needed to start showing that we could deliver in a meaningful way in order to gain the trust and support necessary to achieve our “one company” goal.

TEP: You've described your IT organization as a change agent for the company. How did you cultivate this mindset in IT?

Kountze: It was tough. One of the first things I did after the merger was reorganize and restructure our support model, which meant I outsourced a tremendous amount of what I considered the non-core work. It was things like managing servers, managing databases, managing storage...it was the work that we just didn’t have the bandwidth to pay attention to while we were going through this big transformation in the company.

The other first step was communication. We were making big changes in IT and it needed to be communicated both within IT and throughout the organization.  So over and over again I explained, “This is what we’re doing. This is why we’re doing it. This is the only way that I can envision that we can be successful going forward.” I needed everyone in IT to understand their role as change agent for the company, and that they’d each be instrumental in leading that change. And fundamentally, it started with changing how we operated in IT.

I’d love to say that everyone got immediately on board, but some did not. Some left; some were asked to leave. And the remaining folks, whether they were fully on board or not, recognized that change was going to happen and the expectation was that they were going to set the example for the rest of the business. I was adamant with my leadership team that I wanted them to always explain the why. I had a meeting with them every week to repeat and reinforce the reasoning behind the change, then I’d say, “Go forth and spread the message.”

TEP: What are the biggest leadership lessons you’ve learned on your journey?

Kountze: Never underestimate the impact of and resistance to change. Personally, I’m so open to change, and I made the mistake of assuming others would be too, especially if it would move us to a good place.

What I learned from this is that there is no such thing as over communicating and working closely with your business partners. If you are not in lockstep partnership with the business in this day and age, you will never succeed as a CIO or IT organization. Every successful project that we’ve completed since the merger has been done with a business partner where we were both fully engaged, fully committed, fully accountable, and communicating the same messages. That business partnership is absolutely critical.

TEP: What's your best advice for other IT leaders who are trying to establish a seat at the table and that business partnership?

Kountze: First, do a reality check to determine if you really can. You have to ask, “Is this a company and an organization that is even open to that?” You could do everything in your power, everything right, everything that you think you should do to deserve that seat. But if the culture won’t allow it and isn’t open to it, it’s never going to happen and you should move on.

However, if there is a recognition that IT needs to be at that table, then it’s fairly simple. It’s all about contributing and delivering. It’s making sure that you are not just the technology expert in the room, but that you can talk about how technology moves the needle for your company. You can’t just chime in when a conversation turns to IT. Chime in when they’re talking about growing earnings, or improving customer experience, or when operational efficiencies are needed. You should ask questions like, “What are you trying to do? How are you trying to make shifts in your organization?” And then you can offer advice on how technology fits in to support and move the needle for them. If you’re only talking about technology and not effectively communicating how it contributes to the companies goals and vision, you probably shouldn’t be at the table.

TEP: What is one of the most important relationships in your current role and how do you maintain it?

Kountze: I have two important relationships. My relationship with my leadership team is critical to me. I have to trust that they’re on board in messaging what I want messaged, and they’re pushing my agenda throughout not just IT, but the rest of the business community, because I can’t be everywhere. I also need strong leadership to speak up when I’m making a mistake. We work as a team. I don’t want to feel like their boss; I want to feel like their partner and that we're all driving to the same goal.

The other important relationship is with some of my peers in the organization. I would not be able to get done what I need to get done without the relationship I have with other key executives at Eversource with whom I work closely with on projects and initiatives. When I go to them and say, “Hey, we’re being challenged a little bit with some folks on your team,” or, “I need more engagement,” or “I know you are having IT issues”  they are front and center. They get us what we need, they understand and support the challenges IT often faces, and they work with me, not against me. Again, I am very grateful for that partnership I have with them.

And the key to keeping these relationships strong? Genuinely wanting to work with the business and listen to what their business challenges are, setting realistic expectations and then delivering on promises, and, most importantly, trust and integrity by being fully transparent. I want our business partners to trust that IT will communicate not just our successes but also our failures. 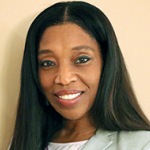