Getting started with automation: 6 tips

Taking the first steps from manual IT processes to automation? Use these tactics to beat the challenges 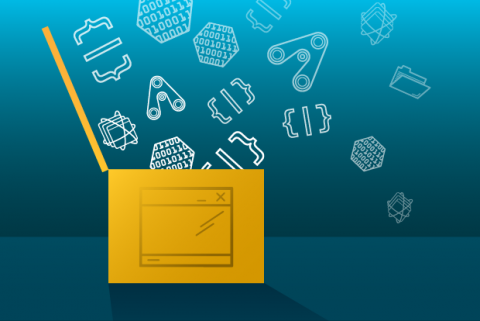 With forward-looking CIOs and their teams embracing automation instead of treating it like a boogeyman, 2018 appears to be an important year for this trend. Red Hat chief technology strategist E.G. Nadhan recently examined six ways automation is likely to impact the enterprise in the year ahead: Think customer experience, for starters.

But what if you’re still largely – if not entirely – mired in manual, legacy processes? Taking the first meaningful, results-oriented steps toward increasing automation can be a significant challenge.

We’re here to help. We asked a variety of automation experts for actionable, results-oriented advice on getting started with automation. Let’s take a closer look at their tips:

1. Start with low-skill work that gobbles up time

As ServiceNow CIO Chris Bedi recently wrote, IT teams continue to spend too much time just keeping the lights on – or managing the day-to-day tasks involved in keeping the business up and running. ServiceNow’s State of Work survey, for example, found skilled IT workers spend 40 percent of their time on administrative work. In Bedi’s own shop, IT was spending nearly three-quarters of its time on day-to-day operations, and just a quarter of its resources on innovation. Automation was key to flipping that script.

Indeed, this kind of manual, repeatable work is a great early candidate for automation.

“While the starting point for automation will be specific to each business, identifying tasks that are low-skill and repeatable are likely to yield early returns for businesses and provide valuable experiences with automation,” says Mark Kirstein, VP, products at BitTitan. “These tasks often consume the most amount of time from IT teams and restrict these individuals from working on more important tasks.”

Kirstein notes that identifying manual processes ripe for automation requires a more thorough understanding and measurement of your organization’s workflows and services delivery – rather than a basic “pass-fail” metric.

“Successful businesses will have a deeper understanding of individual tasks and performance between employees, which will enable them to undertake opportunities to improve people, processes, and profitability,” Kirstein explains. “Ultimately, these businesses will see the most significant savings from automation.”

He also recommends beginning with internal IT processes to build up your team’s knowledge base before expanding your automation strategy.

“This method enables IT departments to gain experience with automation – its benefits and its pitfalls – and reduces the risk of disrupting customer experience if errors arise,” Kirstein says. “With smaller, short-term wins to show, service providers and enterprise IT teams are more likely to invest in larger, longer-term projects where automation holds the most potential.”

In some IT shops, these manual and repeatable tasks might be obvious. But if you’re just getting going with automation, you may also have some blind spots in how your team spends its time. As Kirstein points out, identifying processes that are good candidates for automation requires a deeper, holistic understanding of how IT and the greater business operates.

Ned Bellavance, director of cloud solutions at Anexinet, advises methodically mapping out your workflows. Then, with that in hand, you should be asking two questions to inform your early automation decisions:

“Whatever meets those two criteria should be the first target[s] for automation,” Bellavance says.

3. Identify a key metric and automate the feedback loop

Tricentis CEO Sandeep Johri recommends looking at not only IT processes but also critical feedback about those processes as another good early step. He offers up an example scenario of a mobile app for which the company has determined that the most important metric is end-user acceptance.

Today, Johri notes, end-user acceptance testing remains highly manual in many organizations. As a result, the feedback loop is much less useful from a continuous process improvement standpoint, partly because the team responsible for the app receives the feedback too late.

4. Start early in the pipeline and move right

The full scope of the traditional software development pipeline, from build to test to deployment and ongoing operations, offers myriad opportunities for increasing automation, especially in the context of DevOps culture. But if you’re still at or near the starting line, looking at the whole pipeline is inevitably daunting.

“Automating the entire pipeline may seem overwhelming at first,” says James Dumay, director of product management at CloudBees. “That’s why it’s best for teams to start automating facets early in the process and then tackle those closer to production later.”

“Replacing a system at the lowest level helps force the automation of every deployment step that follows,” Dumay says.

As your automation adoption moves closer to production, it’s time to consider automation-enabling technologies such as configuration management tools or containers and orchestration.

5. Treat automation as a long-term investment

Bellavance points to a xkcd cartoon about automation done wrong: The essential “joke” is that, misconstrued, automation creates as much new manual work as it eliminates.

In Bellavance’s view, this comes from unreasonable expectations – and especially a belief that automation will be an immediate boon for the business. Automating a process doesn’t mean IT gets to kick up its collective feet and wait for the fountain of innovation to overflow. IT leaders can avoid this scenario by taking the long view.

“Creating automation is an investment of time and energy, and you may not realize a return on that investment for weeks or months,” Bellavance says. “The key to getting started and keeping the effort going is to be cognizant of the investment factor, and to target tasks that are easy to automate and add significant value to the business.”

6. Help others help themselves

Automation is, of course, not limited to IT, especially not in the age of digital transformation. But for workflows that span multiple business units, Bellavance advises automating and optimizing the IT piece before expanding to other departments, similar to Kirstein’s advice on building up your automation chops with internal processes first.

“If the task involves more than just your department, then try to automate only your side first, and show other groups how you accomplished it,” Bellavance advises. “Offer to help automate their side of the process as well, and give realistic estimates on the amount of effort required to achieve that goal.”

One hidden benefit of IT automation: Automation will probably engender a far deeper knowledge of your systems and processes than you ever had before.

“The exercise of automating a task quickly shows you how little you understand the actual task,” Bellavance says. “Don't be surprised if you come away with a far greater understanding of your internal systems and processes.”