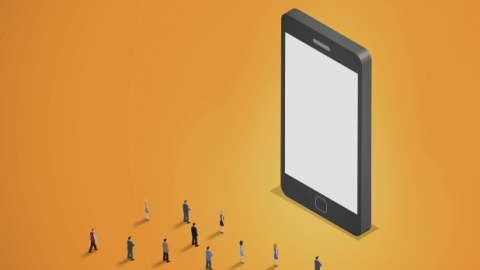 The limitations of battery power have long held back full mobile enterprise transformation – and caused personal frustration to all professionals on the go. In fact, it’s been more than a quarter century since the lithium-ion (Li-ion) battery was introduced. This now industry-standard mobile phone energy technology was welcomed as a more stable energy source, but it came at the cost of performance.

[ What's next for microprocessors? Read our related article, What comes after Moore's Law? ]

However, scientists have been hard at work on innovations in a number of areas that could soon have a positive impact on mobile phone power. Here are five developments worth keeping an eye on as CIOs and IT leaders consider future mobile strategies – and their own phones:

Li-ion batteries replaced lithium metal with graphite anodes that could absorb the lithium and prevent the formation of the dendrites that can reduce a battery’s capacity, shorten its life, or even cause fires. However, graphite has a limited capacity for absorbing lithium; current Li-ion batteries have a maximum energy density of around 600 watts per liter. By comparison, lithium metal alone had twice that.

Anodes made of tiny silicon particles are emerging as an alternative. “Silicon offers a potential tenfold increase in capacity over incumbent graphite, leading to a higher specific energy,” says Chloe Holzinger, a senior research associate on the energy team at Lux Research. “Higher specific capacity could result in lower costs if material costs are not too high.”

The National Renewable Energy Laboratory has partnered with four other national labs to form the Silicon Anode Consortium, funded by the U.S. Department of Energy’s Vehicle Technologies Office and dedicated to “understanding and eliminating barriers to implementing silicon-based anodes in Li-ion cells.”

Amprius is one notable company targeting mobile phones and consumer electronics specifically, according to Holzinger. It's mass producing next-generation Li-ion batteries equipped with composite silicon-graphite anodes at a cost comparable to existing Li-ion batteries. “Amprius’s technology and competitive cost is impressive,” Holzinger says, “and it could break Li-ion’s dominance in the consumer electronics battery market.”

Another start-up, Sila Nanotechnologies, says it will produce silicon anode batteries with 10 to 15 percent more capacity for wearable devices in 2019. According to Sila, what sets their research apart is that they believe they’ve solved the “expansion” problem. One problem with silicon is its propensity to swell and cause wear on the battery over time, but Sila’s innovation, in development over seven years according to company leaders, leaves room for expansion by encasing the microscopic silicon particles into tiny spherical structures.

They also enable the use of metallic lithium anodes and energy densities of up to 900 watts per liter. “By combining these two innovations, solid-state batteries offer both improved safety and energy density, making them an extremely rare innovation in the battery industry," Holzinger says.

Researchers at the University of Michigan, for example, have developed a rechargeable battery technology that uses a ceramic solid-state electrolyte to harness the advantages of lithium metal batteries while eliminating many of its disadvantages – like spontaneous combustion. The mechanical engineers behind the project said it could double the output of today’s lithium-ion cells without taking up any added space, meaning they could leverage existing battery manufacturing infrastructure and potentially create drop-in replacements for current batteries.

Ionic Materials has gone a different route, using plastic instead. The company has created a solid polymer that is both flame-resistant and capable of conducting ions at room temperature. However, the company will have to work with battery makers to get them to adjust how they build batteries to incorporate Ionic’s plastic electrolyte.

Electric car maker Fisker is building a multi-layered version of so-called “thin film” batteries (manufactured in much the same way as solar panels) that the company says will enable twice the energy density of current lithium-ion batteries and can last for thousands of charge cycles.

Mobile phone users may themselves become a power source for their devices.

It’s possible that in the not-so-distant future, mobile phone users may themselves become a power source for their devices. There has been some recent progress around the power-generating potential of triboelectric nanogenerators (TENGs). TENGs, which harvest electricity from mechanical energy created by friction, body movements, or vibrations created by wind, waves, or machines, were first introduced several years ago and have been used to power LEDs, for example. But until recently, their output seemed too low to make a significant impact in the mobile device space.

That may be about to change. A research team from the University of Surrey and Surrey’s Advanced Technology Institute have been looking at ways to optimize TENGs so that someday people can serve as their own power sources by wearing clothing (like smart shirts or shoes) that can gather and store electricity. That energy can then be stored in batteries and used to charge mobile phones and wearables. Last year, the researchers introduced a set of tools to help others improve the design of TENGs for maximum power output and predicted that TENGs would hit the consumer market in the next few years.

This is false or there was a mistake when writing an artictle.

We don't even have to adapt all these technologies to get better battery life. Just re-write Android so we can shut down and *remove* all those apps that insist they must constantly run in the background. Because even if you had all of these enhanced battery technologies, developers would make sure their next generation of sloppy coding will use up all and *more* of the extra battery life you thought you gained.