DevOps: If you build it, will they come?

“If you build it, they will come.” Despite its promise and intrigue, this iconic line from “Field of Dreams” proves to be quite a misnomer when the story’s main character Ray Kinsella realizes that simply building a baseball diamond in his Iowa cornfield is not enough to draw in people. Instead, he must go to great lengths to prove its magic…to get others to “see” it – to make people believe.

Though this notion doesn’t have the panache as it did in this Hollywood moment, it holds true for anyone working in the DevOps arena. Getting a DevOps program off the ground within your organization (building it) is, of course, a critical first step. However, in order to gain the full value of a DevOps pipeline, you must be able to scale it. And in order to scale it, you must first sell it.

But how? After Ray’s failed attempt to kidnap James Earl Jones’ character, Terrence Mann, we learn in “Field of Dreams” that brute force is not the best way to get buy-in. Instead, by showcasing the benefits of DevOps, we can create intrigue, gain trust, and create demand from those who don’t understand or are resistant to it. Here are a few ways to go about that.

As with any important and far-reaching corporate initiative, garnering support and dispelling fears or skepticism around DevOps must go beyond a mention in the company newsletter. Exposing people to DevOps in a face-to-face setting, such as a lunch and learn, can help change perceptions of DevOps as an extremely complex endeavor, while also signifying it as a priority within the organization.

This type of informal setting is best for showcasing straight-forward, non-mission critical examples of DevOps success within the organization. If you are looking to dig a bit deeper, a full or half-day DevOps event can provide an opportunity for multiple presentations on successful projects coupled with hands-on workshops and advice on getting started.

2. Place the power in their hands

Following a face-to-face training, there is nothing better than stoking curiosity with some hands-on tinkering time. The opportunity to test drive DevOps tools allows IT professionals to gain a real understanding of how the system and processes operate – where to publish code, processes to maintain compliance, what flex controls are in place, how to open a ticket, etc.

When your stakeholders can see for themselves what will change, what will not change, and how DevOps may impact their individual roles or department, they will buy in more openly and willingly and be less resistant to the change.

Convincing others to believe in “The Field of Dreams” – something they could not see or imagine – was a task that Ray could not do on his own. While not on an ethereal level, selling DevOps within an organization does require a challenging cultural shift. When proof of concept has been achieved in one area of the company, identifying influential individuals who can help advocate across the organization is an essential next step.

An ideal internal evangelist is recognized among their peers as a smart, savvy, and forward-thinking individual who is not down-trodden by corporate bureaucracy. Armed with an inherent knowledge of the company’s systems, policies, etc., this evangelist can offer a higher level of credibility when called upon to show and tell how one area of the company has used and benefited from DevOps. (Read our related article by Monsanto CIO Jim Swanson: Why CIOs should hire evangelists. )

Even if your organization has bought into the DevOps concept or has integrated the approach in a particular area, scaling the program across the enterprise is a hurdle you now have to clear. As your organization navigates this process, remember: “If you build it, sell it, prove it, and get them to believe in it… they will come.”

Digital transformation: It takes a village

Why IT operations needs new metrics

The missing link in many data science projects: Decision intelligence 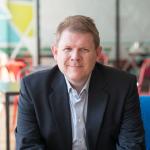 Tim Stone, Director of Operations for Prime TSR, leads a wide range of projects, including helping clients migrate and operate technology infrastructure in the cloud.
» More about me

At a time when CIOs can use cloud infratsructure to turn on new money-making services for customers overnight, how should should we measure IT success? Hint: It's not about uptime

Why are the principles of the Standard Operating Environment (SOE) even more relevant in the age of containers, Kubernetes, CI/CD, and automation? Let's explore efficiency, security, and related challenges