3 reasons blockchain will live up to its hype in healthcare

Despite some challenges, IT leaders in healthcare shouldn't ignore blockchain. Here's why 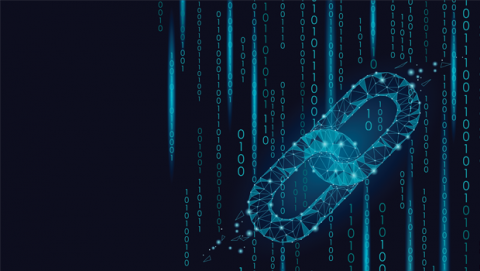 Blockchain has emerged as one of the most promising technologies to address the fragmentation and inefficiencies that plague current healthcare delivery systems. Its distributed, real-time architecture promises faster processing and settlement of claims, lower transaction costs, easier management, and stronger security for electronic health records (EHRs), and improved patient outcomes.

Achieving all this is obviously a tall order, but blockchain may be one of those rare technologies that lives up to its hype. Here's a look at how.

Smart contracts, sometimes referred to as “decentralized applications,” consist of code that can trigger an action once a specific set of conditions have been met.

One of the central problems in healthcare management today is the lack of interoperability among IT systems. In a typical mid-sized city, for example, patients may have relationships with primary care physicians, a regional hospital, multiple labs, outpatient clinics, and pharmacies, all of which could use different, incompatible IT systems. When payers enter the picture with their own proprietary IT systems, the situation becomes even more complex and difficult to manage.

With blockchain, all the members of these various groups can be on the same system with the same data in the same formats, effectively eliminating the duplication of effort, manual matching, and reconciliation that’s now an unfortunate fact of life in claims processing.

In addition, blockchain has a “smart contracts” feature that can automate virtually any type of transaction. Smart contracts, sometimes referred to as “decentralized applications,” consist of code that can trigger an action once a specific set of conditions have been met. An obvious example would be the triggering of payments to providers once the proper documentation is in the blockchain.

The net result of these capabilities is faster, more efficient processing at a lower cost.

The average patient in the U.S. accumulates medical records from 19 different providers over his or her lifetime.

Blockchain brings benefits to the management of EHRs as well, where fragmentation is also a significant problem. The average patient in the U.S. accumulates medical records from 19 different providers over his or her lifetime. Often, not all of these records are available to providers at the time of treatment because of incompatibility issues. In a blockchain network, where records for every patient reside on every participant’s node and are updated in real time, providers can base clinical decisions on comprehensive data they know they can trust.

In addition to increasing clinicians’ access to EHRs, blockchain strengthens EHR security. Each data block in the chain can be encrypted using public key cryptography. In one proposed model to ensure HIPPA compliance, the patient holds the private key that unlocks the data, and grants access (by sharing the key) with various providers as required.

Another area where blockchain can contribute to healthcare is in health plan provider directories. Insured members regularly turn to these directories to select participating physicians, but directory accuracy has been a problem for years. Recent regulatory changes have made the problem more acute. More than a dozen states have passed laws that require monthly catalog updates, and the Centers for Medicare and Medicaid Services can now impose fines of up to $25,000 for inaccuracies. A blockchain involving payers, providers, and certification bodies could quickly resolve accuracy issues.

Too good to be true?

For many, the benefits of blockchain seem too good to be true, and in fact, there are several non-trivial challenges blockchain faces before it can win broad acceptance in the healthcare community.

The first is scalability. The earliest instantiation of blockchain, Bitcoin, averages roughly seven transactions per second (tps). In comparison, PayPal achieves 193 tps and Visa claims 24,000 tps. While the accuracy of these numbers is a matter of some debate, it’s fair to say that blockchain technology in its current state lacks adequate throughput for many applications. Its speed will surely increase over time, but the rate of progress can’t be predicted.

The second challenge is financial. Blockchain clearly has the capability to reduce operating costs, but it does require a substantial front-end investment that may be a barrier to many classes of participants.

The third challenge is convincing the various groups of stakeholders to participate, establishing effective governance, and equitably apportioning the costs of the system once it’s in place.

In spite of these challenges, blockchain clearly has momentum. Five leading healthcare organizations – United Healthcare, Humana, Optum, Quest Diagnostics, and MultiPlan – have launched a pilot program that will use blockchain technology to meet government mandates related to accurate provider directories. AWS has released blockchain templates specifically targeting developers in the healthcare industry. The FDA has launched a blockchain-based pilot program for secure sharing of data with healthcare providers and hospitals. A 2017 survey of 200 healthcare organizations revealed that 16 percent of the participants expected to have a commercial blockchain solution in place by the end of the year.

What healthcare IT leaders need to know

As blockchain continues to pervade mainstream business activities, healthcare IT leaders must prepare their teams to make the most of this new technology. When considering how to best introduce blockchain into your business, it’s important to keep in mind that:

Blockchain is poised to make a major impact in healthcare over time. Its ability to simplify processes while increasing security is particularly attractive to a sector where complexity and privacy issues are central. The support it has received from large enterprises and government lend it credibility. It has the mystique to attract brilliant coders, who will surely overcome its technical limitations. Finally, by ensuring the availability of up-to-the-minute clinical data, it serves the people for whom the whole healthcare system was ultimately created: the patients.

[ Where else is blockchain making tangible progress? See our related story: Blockchain in action: 5 interesting examples. ] 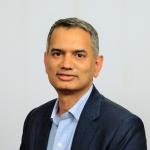