Kubernetes in 2019: 6 developments to expect

If you thought there was a lot of chatter about Kubernetes in 2018, you ain’t seen nothing yet 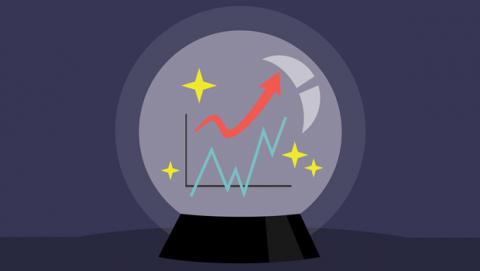 Plenty of emerging technologies get hyped. Few seem to gain the tangible kind of enthusiasm and traction that Kubernetes has enjoyed to this point.

Yet for all of the attention paid to the container orchestration tool, widespread usage is really just beginning. Kubernetes resides at an increasingly high-traffic intersection of legacy and modern software development. So expect 2019 to include a mix of Kubernetes-related trends as more and more companies see Kubernetes as a signpost indicating that turn toward “modern” is imminent.

Here are six particular developments to anticipate in the new year.

1. Kubernetes will be everywhere

OK, maybe everywhere is an exaggeration. But if you thought there was a lot of chatter about Kubernetes in 2018, you ain’t seen nothing yet.

“In 2019, Kubernetes will be as ubiquitous as public cloud,” says Ranga Rajagopalan, CTO and co-founder at Avi Networks. “Kubernetes is the primary enabler of cloud-native applications and it's only a matter of when – not if – enterprises will adopt it to deploy applications.”

“Kubernetes, with its rich community involvement and breadth of managed service offerings, will finalize its dominance as the orchestrator of choice” in 2019, says Wei Lien Dang, VP of product at StackRox.

There are multiple reasons why. For one – and it’s a big one – the move to containers and orchestration is virtually guaranteed to grow as multi-cloud and hybrid cloud environments become the norm.

Rajagopalan expects 2019 to bring a groundswell of organizations move from experimenting with cloud and cloud-native technologies to actually running them in production, which will further expand Kubernetes’ footprint in IT.

“After a few years in test and dev, enterprises are finally putting microservices in production and lifting and shifting their traditional apps into containers,” Rajagopalan says. (Cloud experts also expect more software teams to begin refactoring monolithic applications for cloud in 2019, too.) “As they do, the use of Kubernetes will soar as it's by far the most capable tool for managing and orchestrating containerized apps.”

2. Standardization will be one key reason for that

The industry is effectively standardizing on Kubernetes as its go-to container orchestrator, according to Dang, and that is simultaneously a force behind and a product of the “Kubernetes everywhere” phenomenon.

“Much like we saw with cloud computing workloads, operating systems, and networking protocols, anointing Kubernetes as the OS of the cloud will simplify many challenges,” Dang says.

Dang points to the significant support for Kubernetes among the biggest names in technology, as well a growing number of commercial platforms and services built on top of the open source project, as a sign of this standardization. He also expects this trend to bring benefits to companies and end users as they adopt.

“This standardization will serve organizations well in many dimensions,” Dang says. “Adjacent technology providers can deepen their capabilities when their support matrix shrinks to one platform. Businesses can share information and best practices, and they can hire from a common pool of talent with a core set of skills and experience. And security and other related technologies will improve, as the combination of built-in Kubernetes capabilities and add-on technologies tied to Kubernetes continue to thrive.”

3. So will ease-of-use improvements and experience

One of the common misunderstandings about Kubernetes is that it’s easy. In fact, you’re more likely to hear some grumbling about the initial learning curve. That’s a reason why some organizations turn to commercial Kubernetes platforms and services for help.

“As an open source project, Kubernetes has had phenomenal traction with developers and this popularity has led to the increase in a lot of features of the same,” says Raghu Kishore Vempati, principal systems engineer, innovation, at Aricent. “While a rich feature set is available, getting a fairly large-size cluster to launch with the required configuration is still quite a task.”

“In the upcoming release of [Kubernetes] K8s, we expect that there will be simplification in the way the clusters are created by providing templated configuration options via configuration repositories,” Vempati says, as one possible example.

Moreover, the value of dirty-hands experience can’t be overstated. As IT pros learn from their dev/test experimentation – and subsequently move into production – their overall usage will almost inevitably expand, sometimes dramatically.

"Our experience as a Red Hat OpenShift partner is that once an organization starts to use Kubernetes, then usage builds [from there], including deployment of multiple clusters,” says Andy Kennedy, managing director at Tier 2 Consulting in the UK.