Top soft skills for IT leaders and how to master them

Communication. Empathy. EQ. They’re must-haves for IT leaders. Use these strategies to improve your soft skills 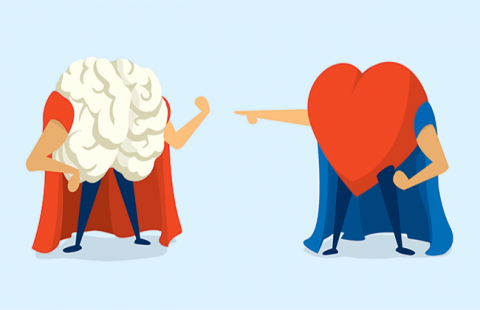 IT pros, from the seasoned CIO to the developer fresh out of school, are bombarded with advice on the importance of soft skills to their career success. But the term suffers from a fundamental branding problem. Soft skills sound, well, soft: As in easy to come by, or more replaceable than “hard” skills.

“It's funny that we even talk about these skills as ‘soft,’ because they are very hard to master and are frequently the cause of more trouble than lack of ‘hard’ skills,” says Anders Wallgren, CTO at Electric Cloud.

Take a trait like empathy: It’s increasingly necessary in modern IT shops and digital businesses in general. But telling someone to “learn” empathy? That makes developing a “hard” skill like being able to code in Python sound pretty straightforward in comparison.

However, learning and honing new soft skills is not optional, as these qualities are increasingly in demand. We tapped IT leaders, as well as a technology recruiting and staffing pro, for their take on what soft skills really matter today, why they matter – and how IT professionals can build this part of their overall skill set.

Which soft skills matter most in modern IT

Let’s first drum up a general definition of “soft skills.” The phrase typically refers to a wide range of characteristics and abilities that are valuable in many job roles, not just IT. Deep expertise in container orchestration (e.g. a hard skill) might make you a star in IT, but it’s probably not going to do you much good if you work in finance or HR. Strong written and oral communication skills, however, matter to just about any role or department.

In the past, many IT pros could skate by – or even thrive – on their technical chops alone. But in the digital age, with the line between IT and “the business” all but gone, that’s no longer true. Let’s hear about the soft skills that IT leaders and recruiters say matter the most:

Anders Wallgren, CTO at Electric Cloud: “They are really crucial for any team, but software organizations especially need communication and openness,” he says. He also points to curiosity and tenacity as two other critical soft skills for IT pros.

Kitty Brandtner, manager of major accounts for technology, LaSalle Network: “It really comes down to communication,” Brandtner says. She adds patience and empathy as other soft skills that are increasing factors in IT recruiting and staffing decisions.

[ Put yourself out there. Read How allowing myself to be vulnerable made me a better leader. ]

Why are these skills so crucial? Sure, strong communication skills sound like a good thing, but what makes them really important for IT?

Empathy is commonly cited as a key ingredient of a healthy DevOps culture.

They’re wholly necessary to help IT change from a back-office support arm to a strategic business unit. Back when “the business” was some separate, almost mythical beast to be supported in reactive, monolithic fashion, you didn’t really need sharp communication skills or empathy. Maybe you didn’t interact in meaningful ways with anyone outside of IT. Heck, you might have barely interacted with your colleagues in IT, thanks to the IT silos of old.

“IT is getting less and less siloed, and is bleeding into all areas of a company in this data age,” Brandtner says. “Tech professionals have to adapt and be able to work across teams and departments, and explain the value they bring to different stakeholders.”

As CYBRIC CTO Kail puts it, "I believe that all of the soft skills that I addressed [above] are important and meaningful in driving digital transformation, as well as adopting new technologies such as cloud, AI/ML, blockchain, and all other facets of modern IT teams. Having the ability to clearly communicate the ‘why’ to all stakeholders, for example, is paramount to success."

Consider empathy: It’s commonly cited as a key ingredient of a healthy DevOps culture. If a developer can’t put themselves in a sysadmin’s shoes, for example, by doing a tour of pager duty or getting their hands dirty with infrastructure, then the team probably isn’t going to click.

IT pros must be able to work – and communicate – with a much wider range of people and personality types than ever before. If you dream in Linux OCI runtimes and hybrid cloud architectures, that may be easier said than done. But it’s absolutely necessary.

“For modern IT departments, employees are increasingly bridging gaps and communicating with non-technical leaders and others within the organization,” Brandtner says. “Because of this, patience and empathy are important skills to hone in on.”

Other soft skills are generating greater value in an era when IT departments are much more likely to be viewed as innovation hubs rather than support centers.

“Curiosity and tenacity are like gold,” Electric Cloud’s Wallgren says. "They really are the drivers behind many real improvements. ‘Hey, why does that thing fail all the time? Can we improve that? I'm going to dig into it, and I'm not going to stop until it's better than it is now.’”

How to improve your soft skills

Let’s say that communication – or any other soft skill – doesn’t come naturally to you. It might feel like you’re doomed; if you have a difficult time connecting with or understanding non-technical folks, for instance, there’s not necessarily a course or a certification for that.

Nonetheless, you can develop any skill, hard or soft, with ongoing work and effort. Let’s consider five strategies for building soft skills: