As we provided new value for the university's athletic department, the whole experience created positive effects on my IT team 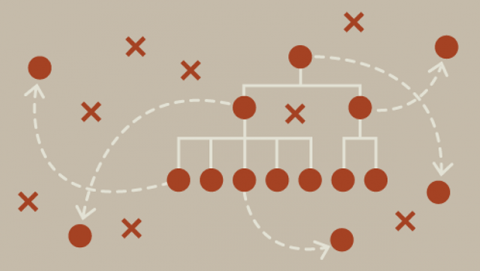 When it comes to college football, you likely don’t think of the university’s Chief Information Officer as being an honorary coach for the first game of the season. But that’s what happened to me last year when the University of Alabama Birmingham Blazers took to the field. It was a huge honor for me, and an endorsement of all the hard work our IT organization invested in meeting their needs.

Here’s how it happened:

When I arrived at the University of Alabama Birmingham three years ago, I sat down with members of the athletic program and asked how IT could meet their needs. I learned they had outsourced their IT support to a mom-and-pop operation that offered desktop support after 9 p.m. with a two-day return period. They weren’t happy with the service they were receiving, and I knew they wouldn’t be successful with that level of support.

[ Read our related story: 8 ways to fight burnout on IT teams. ]

We spent a lot of time listening to head football coach Bill Clark, his assistant coaches, and the new athletic director, Mark Ingram, about what IT could do to create a competitive advantage for them that complied with NCAA rules.

What could IT do to create a competitive advantage for football coaches?

Most of what they wanted was about getting the basics right: bringing an IT support person into their building, where he or she would be available all day and attend their meetings to better understand their needs. We did that, but we also wanted to deliver the technology and new capabilities to give them that competitive edge they were seeking.

One area in which we did this was recruiting. Traditionally, coaches used chalkboards to track recruits, and they’d flip the chalkboard around when people visited so no one could see the names. We digitized this recruit-tracking process, moving it onto an iPad.

Equipping coaches and assistant coaches with iPads transformed their coaching capabilities, too. The iPads were equipped with unlimited cloud storage, which meant the coaches could instantly access video from games and practices to review with players. This was far more effective than trying to describe to the athletes what they did well or needed to improve.

Instant access to video anywhere anytime also meant that they could view video from various angles from the sidelines, at halftime, or during practices. These capabilities came with discussions about what was legal and NCAA-compliant, of course, they but completely transformed the way the teams operated.

Creating a world-class IT organization

The level of support that we provided to the athletic department and the initiatives that we took on to create a competitive advantage for them were beyond well-received. We would see coaches block the doorway to the IT person’s office at the end of the day because they didn’t want them to leave. The coaches were thrilled that someone was genuinely interested in helping to move their endeavors forward. That’s when the football team appointed me as the honorary coach for the first game.

One of my initiatives when I first joined UAB was to create a world-class IT organization that our customers wanted to work with. Those examples are certainly indicators that we were succeeding, but we didn’t get there by accident. We focused on co-authoring solutions: We’d take a blank sheet of paper, learn about their needs and requirements, then create value for them that was both legal and ethical.

By creating and delivering these nuanced services to our customers better than anyone else, coaches and staff developed a natural inclination to partner with us to solve their problems. We moved beyond just providing infrastructure; instead, we became key to the transformation process and the creation of business value.

Our goal is to make their lives easier by enabling them to more efficiently complete their day-to-day tasks. Most everyone is working the same kind of frenzied lives that we all work, and if you can take something off their plate that allows them to focus their disciplinary expertise on solving a problem, then you’re doing your job.

While we provided value for the athletic department, the whole experience had a positive effect on my IT team, too. Many of my staff members are big football fans, so being around the team, creating business value for them, and helping to drive these initiatives forward in a meaningful way was their dream job. I often had volunteers lined up to work mundane weekend jobs like support for the ticket processing because they wanted to attend the game.

Creating this positive culture and environment in IT has been key to our success. Every year, for example, we take our 250-person team to see the latest Star Wars movie as a way to extend our gratitude for all the hard work they do.

They know they’re agents of innovation. Their job is to create business value by optimizing, creating capacity, and working on projects that create a self-service approach. We aim to be the example of a thriving IT department filled with Sith lords and Jedi knights working to solve problems for the university – not the downtrodden IT staff that’s overwhelmed with demands and a lack of funding.

If you’re embarking on your own mission to become a first-choice IT organization that your customers choose, you need to focus on a few things: Partner with the business units to create joint solutions that move the institution forward, and listen intently and act intentionally based on their feedback. You also can’t forget to thank and appreciate your team; they’re the ones coming with you on this journey. 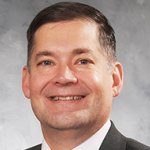