The art of finding a good data scientist

Are you ignoring some of the best data scientist candidates during your searches? Mist CTO Bob Friday shares his hiring advice 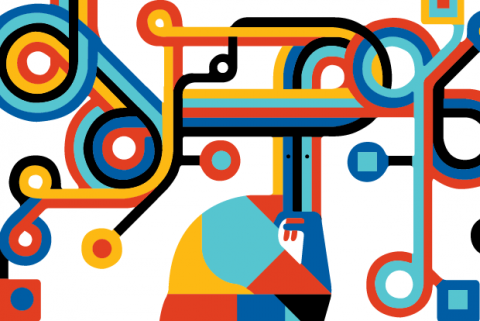 In an era when data processing and storage have become cheap and artificial intelligence is coming of age to deliver new insights, data scientists have become a white-hot commodity.

A great scientist understands both the science and math behind algorithms and is a deft computer programmer. This hard-to-find combination makes a top-notch data scientist rare in both startups and large organizations alike.

[ Want to create a more agile IT organization? Get the digital transformation Ebook: Teaching an elephant to dance. ]

The demand for data scientists will increase 28 percent by 2020, according to a report by IBM. This surge is creating a shortage of workers with these specialized skills at a time when data-savvy organizations need them most.

To close the gap, companies should be imaginative about where they search for data scientists.

Data scientists tend to come in two flavors: The first group is people with traditional computer science backgrounds who later developed an interest in data science, and learned about overlapping technologies such as artificial intelligence and machine learning. The second group of people are scientists or data scientists first – men and women with hard-core training in mathematics, statistics, and algorithms, who have learned programming to support their research.

In my experience, the best data scientists often come from the second group, yet most companies focus on the first during their candidate searches.

I have two physicists and a mathematician on my team, and they’re strong contributors to our company’s artificial intelligence-driven mission.

Now don’t get me wrong. Plenty of excellent data scientists started their careers as computer scientists with strong programming skills, and there are some great computer science programs at schools around the country. And companies, especially startups with only so many resources, must be mindful of the right balance between theoretically-oriented data experts and those adept at the programming needed to develop a product that a customer can use. Startups ideally want a person who understands the science and can productize the algorithms they create.

But by looking beyond the “usual suspect” talent pools toward straight scientists, organizations may attract thinkers with the creative curiosity and problem-solving orientation needed to achieve data science’s ultimate goal – finding out what is not known and turning those insights into strategic business action.

Also, it’s simply easier to take someone who is highly skilled at science and math and teach them how to program than the reverse, in my experience. I have two physicists and a mathematician on my team, and they’re strong contributors to our company’s artificial intelligence-driven mission.

Fish in new pools of talent

In the heated competition for data science talent, it’s important to fish in the ponds where not everyone else is fishing, so we’ve found ourselves focusing less on the expected targets like those Stanford and MIT computer science types and more on schools that seem to produce graduates with a robust outlook on applying science in daily life.

Carnegie Mellon University and the University of California, Berkeley, are among the institutions that have particularly impressed us. In fact, on May 10, Carnegie Mellon announced it would launch the nation’s first Bachelor of Science program in AI this fall. Many U.S. universities offer an AI track within their computer science or engineering programs, but Carnegie Mellon is establishing a distinct undergraduate major, with a practical focus.

Meanwhile, the University of California, San Diego, announced it will begin limiting enrollment in the data science major it started in fall 2017 due to overwhelming demand. What a terrific indication of the soaring interest in data science and a much-needed boost for the pipeline of data science expertise.

I said earlier that it’s important for companies to be thoughtful and creative about the kinds of people being hired as data scientists. While seeking out candidates with scientifically curious minds is smart, other qualities matter as well.

While looking for talent, companies shouldn’t underestimate the value of other skills like communication. Data scientists must be able to explain the complex concepts they’re working on to colleagues who are trying to implement their findings in a way that ultimately impacts customers. If your data scientists can’t translate those concepts, their value is severely diminished. (At our company, we feel this relationship between theory and real-world application is so vital that the data science team is located in the office next to the customer support team.)

The data scientist you want on your team is a good communicator, able to translate a problem and its solution, and tell the stories that data reveals, to people of varying technical knowledge.

A good data scientist is quite a rare beast – part scientist and numbers whiz, part technologist, and part communicator. But they’re out there, if you know how to spot them. 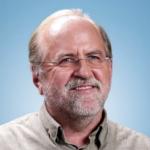 Bob Friday is CTO and co-founder of Mist, which develops self-learning wireless networks using artificial intelligence. Bob started his career in wireless at Metricom (Ricochet wireless network) developing and deploying wireless mesh networks across the country to connect the first generation of Internet browsers.
More about me