What do hybrid cloud pros need to get hired – and what should hiring managers prioritize? Check out this expert advice 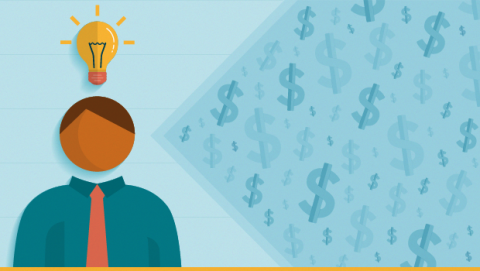 As hybrid cloud's popularity grows, so does the need for IT pros who can effectively design, implement, and optimize this modern approach to computing.

As the term hybrid suggests, cloud computing now requires a mix of hands-on skills. And all the cloud certifications in the world probably won’t make you a hybrid cloud expert if you’ve never had to deal with on-premises infrastructure. (Here’s a primer on hybrid cloud for additional context.)

Think of your hybrid cloud career development – or from the leadership perspective, your hybrid cloud talent – in terms of specific skills rather than particular job titles. Whereas related areas like DevOps have become popular job titles unto themselves, that’s not necessarily true for “hybrid cloud” – the latter spans and intersects with a wide range of roles in IT.

By most yardsticks, hybrid is the future of IT. In fact, research firm 451 Research said just that in describing the results of a recent cloud survey: “The future of IT is multi-cloud and hybrid with 69 percent of respondents planning to have some type of multi-cloud environment by 2019.”

[ Are you ready to discuss cloud security concerns? Get our concise guide (PDF): Hybrid cloud security: 5 questions skeptics will ask. ]

That translates to growing competition for talent: “Hybrid cloud talent in general is in high demand,” Blake Angove, director of technology services at staffing and recruiting firm LaSalle Network.

We asked Angove and other experts for their input on the most wanted hybrid cloud skills. Savvy IT pros, though, don’t just chase a hot trend – instead, they invest in skills likely to future-proof their resumes. So we also asked our experts to highlight the skills likely to either have staying power or to appear on hiring managers’ future wish lists. Here’s what they had to say (in no particular order.)

Hybrid cloud and multi-cloud environments introduce new operational considerations and complexity, almost by definition. Automation is a key part of most successful strategies for achieving the goals and benefits of hybrid cloud while mitigating that complexity; it could be thought of as an umbrella for more specific needs, such as scripting and automation of your application configurations or your various infrastructure environments.

“Automation at all layers is key,” says Lee Whalen, principal at Fuzzy Logic.

In that vein, experience with configuration management tools is commonly sought-after in hybrid cloud environments.

“We still see a considerable amount of demand for configuration management skills,” says Michael Kowal, cloud practice leader at AHEAD, noting that these tools and skills address both on-premises and off-premises consumption models.

In general, scripting and coding skills play an increasing role in hybrid cloud data centers, as infrastructure itself has become far more programmable – giving rise to the term and practice of “infrastructure as code” (or “data center as code,” in some contexts.)

[ Need to learn more on automation? Get the free eBook: The Automated Enterprise. ]

Hansen adds that all of this code this creates a related need: The ability to effectively and efficiently manage source (or version) control.

“Understanding how to manage these artifacts and store/version them properly in source control is critical,” he says.

As we noted at the outset, the term “hybrid” itself says something about the required skills: You’ll need to develop skills and experience with multiple environment types, including traditional physical infrastructure.

Chris Gutierrez, director of cloud engineering at OneNeck IT Solutions, notes that core IT skills around compute, networking, storage, and security are still very relevant in the cloud era. But there’s a rub for IT pros and hiring managers alike.

“The ability to leverage these skills in the cloud and on-premises is the tricky part,” Gutierrez says.

If you’re coming from a traditional infrastructure background, that likely means investing in training and experience with one or more cloud platforms.

On the flip side, if you see yourself as a “cloud native,” you might have some catching up to do on traditional, physical infrastructure skills that typically remain relevant in hybrid cloud environments.

In fact, Whalen throws a curveball at the conventional thinking around the IT skills shortage.

“A lot of the 'old school' skills around physical hardware provisioning and inventory/lifecycle management are even harder – [meaning] more expensive – to find than your standard experienced DevOps engineer [or] Site Reliability Engineer,” he says.

Gutierrez points to a related trait that too often gets overlooked, and can help different a hybrid cloud all-star: Properly matching the right workloads to the right environment.

It’s a good thing to have experience with multiple environment types. It’s far better when you understand the optimal use cases of those different environments.

“The ability to recognize when a platform should be in the cloud or on a traditional stack is also important,” Gutierrez says.