Can you end meeting dread by having stand-up meetings? IT leaders say it's not as hard as you'd think - and delivers big benefits 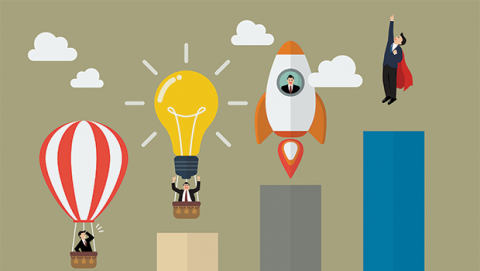 Meetings are a necessary evil in most professionals’ lives. We need them for collaboration and to stay up to speed on strategic initiatives. But it’s hard to deny that often, they feel like a waste of time. That’s especially true when your calendar is packed with back-to-back, seemingly needless status meetings.

“One of the largest complaints I hear from developers and agile teams, in general, is being dragged out to endless status type meetings,” says Carmen DeArdo, DevOps leader for insurance and finance company Nationwide. “As Dominica DeGrandis writes about in her book ‘Making Work Visible,’ there is a need to allow teams to have two-hour blocks of work time focused on delivering value.”

If finding two meeting-free hours on your calendar sounds like a dream, there is an alternative to traditional meetings – one that could not only free up more time, but also infuse more energy, creativity, and effective problem-solving into your team. Enter the stand-up meeting.

“A short regular stand-up meeting enables a focus on the system of work, a focus on ‘stop starting, start finishing,’ a focus on blockers to the work,” explains Jon Smart, head of ways of working for Barclays Group. “It enables the team to hear from each other on progress and issues, with a regular cadence. This tends to then lead to the team swarming to resolve any issues, or enables team members to build on new learnings.”

Stand-ups are a mainstay of agile and DevOps methodologies. But at most organizations, stand-up meetings are more common among groups of developers than in leadership circles. However, with all the benefits that come with shorter, more purposeful meetings, there are good reasons to at least apply stand-up best practices to traditional meetings.

[ Read our related story: How to build a strong DevSecOps culture: 5 tips. ]

We asked IT leaders and experts to weigh in on the five best reasons to ditch traditional meeting formats in favor of stand-ups. Crank up Bob Marley’s “Get up, stand up” and dive in:

“Think about all the things someone typically does before walking into a meeting."

“A formal, time-boxed meeting is the biggest interruption to productivity one could project onto an organization,” argues Chris Short, senior DevOps advocate for SJ Technologies. “Think about all the things someone typically does before walking into a meeting: organize notes, use the restroom, get coffee, grab water, and make sure whatever work is in progress prior to the meeting can be picked back up after. Productive work stops, time is taken to prepare for a meeting, and then folks sit around discussing work that's done or work that needs to be done.”

All of that preparation is a killer of team members’ most precious resource – their time. “A shorter, purpose-driven meeting results in less of an interruption and more purposeful discussions. Having everyone go over what they accomplished, what they're working on, and whether or not they have any blockers is liberating. It enables teams to create better situational awareness of the various moving parts on their team,” says Short.

The name matters, says Short, and teams shouldn’t discredit the actual standing part of the meeting. “This forces people to keep their comments pithy, due to the fact no one likes standing for an hour,” he says.

2. Deliver value to the business faster

Nationwide’s DeArdo outlines the essential components of effective standups: "Stand-ups cut to the essential needs that teams have, ” he says. “Delivering more quickly for the business is about removing waste, blockers, and empowering teams to move more quickly. Stand-ups and visual system management are practices that support those goals."

DeArdo adds that stand-ups support the goals of IT leaders. “This isn't a practice just for agile teams. It also allows leadership to be agile in making decisions and providing systems thinking,” he says.

3. Connect teams to a shared vision

Stand-up meetings offer a daily reminder on common goals and what is expected.

“Stand-up meetings are great checkpoints for the team and the project(s) they are working on. They help them identify problems as soon as they happen, connect the team when working on similar tasks, keep the team members focused, and offer a daily reminder on the common goals and what is expected from them,” she says.

If you are worried that every day sounds like even more of a time burden than traditional meetings, remember these gatherings are designed to be a brief as five minutes in length. “They don’t take as much time as traditional meetings, which means that team members can almost immediately go back into anything they started before it,” says Laketic. “From my personal experience with traditional meetings, it would take me at least 30 minutes after it to get back into ‘programming mode.’”