How to avoid cloud sticker shock

Without planning and oversight, you could not only miss out on cloud savings but also get some surprise bills. Consider these five preventative tips 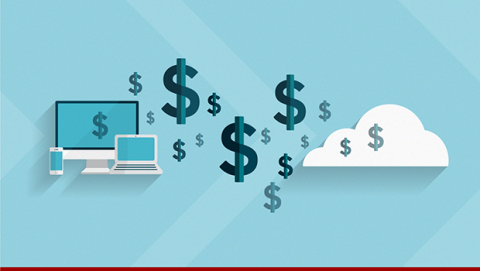 The promise of pay-as-you-go cloud computing comes with a catch: If you’re not paying careful attention, you could be in for a nasty surprise when the bill arrives.

It’s not all that different from your utility bills at home: Leave the lights on constantly and your tab from the electric company goes up.

With cloud, the problem of a runaway bill could be exponentially worse, contributed to by many machines and users. Unpleasant billing surprises are especially galling because reduced costs have long been the siren call of cloud computing. This creates a compounding problem: First, organizations assume they’ll save money in the cloud rather than developing a detailed plan for how exactly they’ll achieve those cost savings.

Then that assumption often leads to a lack of visibility and oversight because, hey, it’s automatic, right?

“I think the biggest myth is that going to the cloud will magically result in cost savings,” says Ed Featherston, VP and principal architect at Cloud Technology Partners.

Featherston elaborates on this mindset: “‘Oh, I’m just going to take this workload, I’m going to drop it in [a public cloud], I just log into the console, fire up a couple instances – boom, I’m off to the races,’ assuming the magic will just happen,” he says. “Then they get the bill at the end of the month and go, ‘Oh my God, what happened?’”

We’re here to help you avoid that moment. Even if your hybrid cloud strategy is motivated more by factors other than cost – such as flexibility and speed – you’ll still want to keep tabs on your usage and spending to prevent unexpected surprises when the bill arrives. Here’s a starting point: Don’t believe in magic – or rather, understand that you have to be the magician if you’re going to keep costs in check.

“The magic doesn't happen by itself,” says Featherson. “You actually need to plan.”

In many cases, runaway cloud bills happen because there are few (or no) rules in place to prevent them – no guardrails to save a developer from accidentally leaving a slew of machines running non-stop over the weekend, for example, running up your cloud spend in the process.

Putting at least basic governance in place is a smart starting point before any move to a public cloud environment, according to Ned Bellavance, director of cloud solutions at Anexinet.

This includes determining a structure and rules for how teams consume resources, access accounts and subscriptions, and more. (Consider the perspective that “shadow IT” is simply a fancy way of saying “we didn’t put enough rules in place governing our cloud usage” as additional food for thought.)

Cloud sprawl, which almost invariably drives up spending, is a key challenge in multi-cloud environments.

The importance of governance grows as your cloud footprint expands to multiple services and platforms. Cloud sprawl, which almost invariably drives up spending, is a key challenge in multi-cloud environments, but one that can be mitigated with proper governance and accountability.

“Having a cohesive plan around governance before doing a mass cloud adoption can save thousands or more in the long run,” Bellavance says.

Cloud’s great selling points – speed, flexibility, and scalability, to name a few – actually increase the likelihood of an unexpected bill, underscoring the need for effective governance.

“The cloud is deceptively easy to scale and there needs to be governance set up around it before deployments start,” says Scott Morley, principal application architect at OneNeck IT Solutions. “Locking down the environment, so only specific users can add resources, is critical.”

There’s a difference, of course, between making rules and enforcing them. As a starting point for the latter, make sure you do a thorough review of the tools your vendors offer for creating and enforcing policy, often from within your cloud account dashboard.

“The terminology varies by public cloud, but each one has a set of services that help you govern access, permissions, and spending,” Bellavance says.

He shares an example of a governance structure that begins with the creation of a development account for each development group in your organization. From there, you can tailor rules to the team based on its use cases and needs.

“Within [each] account, you can place restrictions on what services the users in the account can consume, what product SKUs they can deploy, and what type of budget the account has,” Bellavance explains.

There are also a growing number of third-party tools out there for monitoring and optimizing cloud spend.

Morley also notes that many cloud vendors offer some type of billing alert feature, which can ping administrators when you’re approaching a specified usage or spending amount.

“This will provide an early warning, which then allows for review of what is driving the cost as well as adjustments in a timely manner,” Morley says.

Be smart about your data

Most cloud vendors have an “egress charge” – the cost of taking your data out of their cloud.

By this, he means that you need to make cloud decisions that make sense for your data requirements. Consider that most cloud vendors have an “egress charge” – the cost of taking your data out of their cloud. If you have to pull data back down from that cloud environment to make it consumable to end users, for example, you’ve got a formula for ungainly bills at the end of the month.