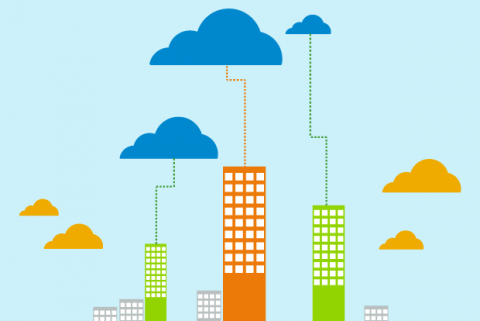 As companies increasingly consume public cloud services as part of their broader IT portfolio, a parallel spike in stats tells the story.

Sure, at the end of the day, they’re just a collection of numbers. But they come in handy if you’re trying to make a public cloud-related case in your company, or otherwise underline the transformative role that cloud – across public, private, and hybrid models – plays in today’s business world.

We sought out some of the most eye-catching and thought-provoking stats as a quick check on the state of public cloud. Unsurprisingly, you won’t find many harbingers of cloud doom here – as organizations continue to not only embrace cloud but also optimize their strategies.

Let’s dig into 10 notable numbers and then some:

$186.4 billion: The amount expected to be spent on public cloud services globally in 2018, according to a recent Gartner forecast.

21.4 percent: The rate that the global public services market will grow this year, according to Gartner, up from $153.5 billion in 2017.

$277 billion: The amount IDC expects to be spent on public cloud services worldwide in 2021. While IDC says that public cloud spending will “slow somewhat” from 2016 through 2021, this still represents a 21.9 percent compound annual growth rate over the five-year period.

52 percent: The percentage of “digital leaders” who say their organizations have made investments in cloud, according to the 2018 Harvey Nash/KPMG CIO Survey. That compares with just 29 percent of other respondents. The report defines “digital leaders” as IT leaders who self-identify as working for organizations that are “very effective” or “extremely effective” at using digital technologies to advance their business strategies.

70 percent of organizations overall in that same survey report making significant or moderate investments in cloud.

$40.8 billion on IaaS: The portion of the overall public cloud market that will be spent on infrastructure-as-a-service (IaaS) in 2018, according to Gartner. While SaaS is the top dog and will remain so through 2021, according to Gartner, IaaS is the fastest-growing segment: 2018 spending reflects a 35.9 percent jump from 2017.

95 percent: By 2020, the percentage of cloud security failures that will ultimately be the customer’s fault, according to a Gartner prediction. In other words: It’s time to retire the cloud security scarecrows and instead develop smart strategies for public and hybrid cloud security. As Gartner notes in a recent blog post, “‘CIOs must change their line of questioning from ‘Is the cloud secure?’ to “Am I using the cloud securely?’”

[ Want to separate fact from fiction in cloud security? Check out our related article, Public cloud security: 4 myths and realities. ]

$19.7 billion: The discrete manufacturing industry will spend this much on public cloud services in 2018, according to IDC, making it the top single industry consumer of public cloud. It’s followed by professional services ($18.1 billion) and banking ($16.7 billion) in the top three; IDC attributes their spending to each industry’s embrace of the intersection between cloud computing and areas such as big data, analytics, and IoT.

The process manufacturing and retail industries are expected to spend north of $10 billion apiece this year, according to IDC, rounding out the top five industries in terms of public cloud consumption. The research firm expects these to remain the top five public cloud buyers through 2021.

69 percent go multi-cloud: The percentage of organizations that plan to be running a multi-cloud environment – meaning two or more cloud services from two or more cloud providers – by 2019, according to a 451 Research survey. As public cloud consumption rises, it’s a logical assumption that hybrid cloud and multi-cloud environments will also increase. While 451 Research notes that this will make cloud spending analysis and optimization more challenging, it’s the new reality: “The future of IT is multi-cloud and hybrid,” the firm said in a press release.

[ Are you ready to discuss cloud security concerns? Get our concise guide (.PDF) to learn from the experts: Hybrid cloud security: 5 questions skeptics will ask. ]