Bad Blood: 4 lessons from Theranos for IT leaders

What can you learn from the tale of Theranos about leadership, culture, and broken promises? Plenty 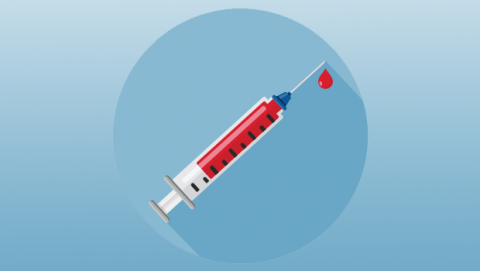 In “Bad Blood: Secrets and Lies in a Silicon Valley Startup,” Wall Street Journal reporter John Carreyrou tells the tale of the fraud that ultimately brought down Silicon Valley sensation Theranos, its CEO Elizabeth Holmes, and president Ramesh “Sunny” Balwani. The company and its leadership duo had assembled a “who’s who” board of directors, won over many in the media, and raised more than $700 million in funding on the promise of new technology to revolutionize the blood-testing industry. But Carreyrou’s investigative reporting, dating back to 2015, began to reveal the truth about the startup’s unrealized promises and ability to spin.

[ Why is adaptability the new power skill? Read our new report from HBR Analytic Services: Transformation Masters: The New Rules of CIO Leadership ]

“Bad Blood” details the rise and fall of Theranos since its founding in 2004. Reading between the lines, it also provides valuable leadership advice for CIOs about the nature of innovation and disruption, the perils of overpromising results, the risk of confirmation bias, and – above all – the value of a collaborative and transparent culture to long-term success. If you haven’t put this on your summer reading list yet, consider it. Let’s look at four key lessons:

In the era of digital disruption, it’s become fashionable to suggest that incremental change is no longer enough – that exponential change is required. Holmes built her company on the idea of revolutionizing an entire industry, using droplets of blood and a “lab-on-a-chip” to accomplish what to date has required phlebotomists, vials, and a massive infrastructure of testing labs to achieve.

The only problem was, the company wasn’t actually able to achieve such a feat. The Theranos’ story serves as a reminder that most innovation, in IT and elsewhere, remains incremental – and that’s ok. A valuable evolution that actually works is worth far more than pie-in-the-sky promises of transformation.

Holmes once told Theranos’ employees that the company’s miniLab was “the most important thing humanity has ever produced.” Such hyperbole created incredible hype around the company, but was ultimately its undoing when it became clear the company’s products did not actually deliver on such mega-marketing, the book says. Holmes fell into the trap of over-promising and under-delivering, Robert Glazer, founder and CEO of Acceleration Partners, wrote in a recent article on “Bad Blood”’s lessons for entrepreneurs:  “It’s so easy to overpromise results that doing so is something of an occupational hazard for CEOs of fast-growing companies. But be forewarned: Once a promise is on the table, it creates serious pressure for the company to meet potentially unrealistic goals – and that’s the danger zone.”

CIOs, who are facing their own intense pressure to deliver digital transformation, would be wise to temper their promises. Stakeholders are ultimately much happier when IT exceeds expectations than when it fails to produce previously advertised outcomes.

Do you ask the tough questions – or demand data and evidence when those questions are sidestepped?

By all accounts, Holmes was a skilled salesperson for the big idea behind her venture: She won over everyone from venture capitalists to her star-studded board, which included former Secretary of State Henry Kissinger, former Secretary of State James Mattis, former Wells Fargo CEO Richard Kovacevich, and Bechtel Group chairman Riley Bechtel. What they all bought into was little more than digital snake oil, the book says.

Do you ask the tough questions – or demand data and evidence when those questions are sidestepped? Beware of confirmation bias, warned Dr. Eric Topol, founder & director, Scripps Translational Science Institute, in a recent article in which he recalled his own gullibility when conducting a video interview with Holmes in 2013. “I gave a fingerstick nanotainer blood sample, and within 30 minutes received my results for many routine tests… Little did I know that they were run on a standard Siemens machine (I was not allowed to see the lab area) in the back room of Theranos and had nothing to do with the miniLab. Like so many others, I had confirmation bias, wanting this young, ambitious woman with a great idea to succeed.”

“If your mother tells you she loves you,” budding journalists are taught, “check it out.” In other words, don’t take anyone at their word, and never just accept the accepted wisdom. CIOs, just as vulnerable to confirmation bias as anyone, must always push for proof – from vendors, team members, peers, and bosses.

Ultimately, “Bad Blood” is the story not only of the hype perpetrated by Theranos’ top leaders but also of the corporate culture they built. It was, in a word, dysfunctional. As Carreyrou wrote in a May 2018 Wired article, “Holmes and Balwani regarded anyone who raised a concern or an objection as a cynic and a naysayer. Employees who persisted in doing so were usually marginalized or fired, while sycophants were promoted.” There were non-competes, non-disclosures, and ultimately legal threats delivered by powerful Silicon Valley litigators.

The most sustainably successful companies – and IT organizations – have cultures that sit on the opposite end of the spectrum. Their leaders encourage diversity of thought and constructive dissent. They value collaboration and transparency. They recognize that true team players will point out when something is wrong rather than go along with it. They create an emotionally safe environment rather than one that fosters fear.

CIOs should seek out such surroundings in which to operate and work hard to build open and collaborative cultures. [ For more advice on how to do that, get The Open Organization Workbook, a free download with advice from more than 25 experts on building transparent organizations. ]