6 DevOps culture mistakes holding you back

You're not listening. You have a revolving door problem. You're drowning in heroism. Read up on six factors blocking your DevOps success – and how to fix them

Having a strong DevOps culture is like having good taste. Everyone wants it – but is everyone equipped with the skills, instincts, and sheer luck needed to actually have it?

The reality is, building a great DevOps culture is easier said than done. Here are the major challenges facing strong DevOps cultures and how to overcome them.

1. Inability to give and listen to feedback

Teams must learn how to give and receive feedback if they are to improve and take each other forward in the process. Engineers and operators are smart cookies with high IQs, but many need to improve their EQs to collaborate more effectively as a team. Teams with high EQ will always destroy those with low EQ because they can learn and achieve more.   Feedback is about sharing what is working and what can be improved every single day. It’s important that teams don’t just focus on the good or the bad, but rather keep a sharp focus on feedback and bias.

The average tenure of a DevOps engineer is less than three years.

Part of the challenge facing DevOps culture is the short tenure of DevOps professionals themselves. The average tenure of a DevOps engineer is less than three years. Engineers often find themselves lured away for the promise of better compensation, better equity, or the “next hot startup company.”

This doesn’t do any favors to the ongoing battle to achieve true alignment between Dev and Ops teams: How they can play together when team members are constantly jumping ship, leaving behind unfinished projects, and forcing new people to join and ramp up quickly? If there were more stability in engineering teams, it might be easier to build the foundations of a stable and durable DevOps culture.

3. Well-meaning but time-wasting acts of heroism

Often you’ll be at a developer conference and an enthusiastic, well-meaning presenter is gushing about the unbelievably complex, bespoke platform that her team has built – one that has nothing to do with their core competency. She demonstrates how they spent six months and $300,000 to create it and the whole room bursts into applause.

The “build it not buy It” mentality is one that truly holds back top-performing engineering teams. In 2018, the platform you need has likely been built – and built extremely well – by a third party. Save your engineering heroics for what your customer actually requires; the rest is a needless waste of time and resources. Be an expert in your business, not the tools business.

If you ask many high-performing engineering teams about DevOps, the response you’ll often get is an eye roll – even if those teams are uncommonly good at DevOps. The word has been beaten down, over-publicized, and over-discussed. (I know, this article doesn’t help that situation.)

If DevOps refers to the cultural alignment of development and operations so that both teams are responsible for the success of production environments, then the term has enormous value. But if the word has been drained of all meaning by a tsunami of think pieces and keynote presentations, then it’s difficult to have a meaningful discussion about it.

Try to remember that the concept has value, even if it’s been beaten down by so many analyses, conversations, and misunderstandings. 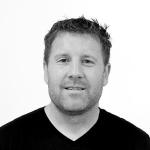 Steve Burton is a CI/CD and DevOps evangelist at Harness. Prior to Harness, he was at AppDynamics, Moogsoft and Glassdoor. Steve started his career as a Java developer in 2004 at Sapient. When he's not playing around with tech, he's normally watching F1 or researching cars on the web.
More about me

Your good knowledge and kindness in playing with all the pieces were very useful. I don’t know what I would have done if I had not encountered such a step like this.
https://www.besanttechnologies.com/training-courses/other-training-courses/devops-training-institute-in-chennai

Your new valuable key points imply much a person like me and extremely more to my office workers. With thanks from every one of us.