Kubernetes jobs - some of today’s hottest IT roles - pay a national average of $144,648. What else should IT pros and hiring managers know? 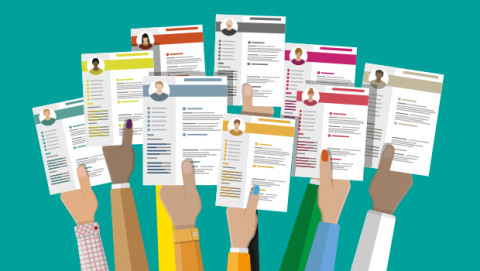 As Kubernetes use grows in concert with containers, cloud-native development, and other concurrent trends, so will hiring demand for technology professionals who have the skills necessary to help companies achieve their goals. That’s science.

OK, it’s not really science, but it’s backed by the history of IT hiring. It’s also backed by some recent – albeit unscientific – data. The growth of Kubernetes and its role in IT infrastructure and development is already evident in the job market, more visibly in some ways than others.

IT pros and IT leaders should be aware of Kubernetes’ influence on the IT job market and IT career path – even if you’re not actively looking or hiring right now.

We gathered nine facts and figures that speak to Kubernetes’ emerging influence in the IT job market, starting with a necessary clarification about the word “job” itself.

The phrase “Kubernetes job” can be confusing, because the word “job” has a particular meaning in the lexicon that describes how Kubernetes manages containerized application, much like “pod,” “node,” or “cluster.”

In this case, a job is a controller that enables you to create and run one or more pods (the fundamental building block of container orchestration with Kubernetes) to completion. Here’s a complete definition from the official Kubernetes documentation.

So it’s a context-specific term. In this post, we’re referring to the virtually inevitable growth of demand for IT pros with Kubernetes skills on the job market. Just keep in mind that when someone uses the term “job” – especially if it’s a developer or engineer on your team – when discussing Kubernetes, they’re probably referring to the technology itself, not an employment position.

Consider the relatively recent proliferation of the “DevOps engineer” title.

The tech job market has a fondness for creating new job titles by merging [name of technology or trend] with [name of traditional role or discipline]. The relatively recent proliferation of the “DevOps engineer” title is a good example, and there are countless others.

This hasn’t really happened yet with Kubernetes. It’s possible we could see titles like “Kubernetes administrator” or “Kubernetes engineer,” similar to how companies commonly advertise positions like “Java developer” instead of broader terms like “software developer.”

The current reality is that “Kubernetes jobs” comprise a variety of different roles that actively seek out Kubernetes skills and experience but don’t necessarily reflect this in their job titles. This is, of course, totally fine. It’s just a reminder to IT pros on the job market and the executive and hiring managers who are looking for them to keep an open mind about titles. (We’ll share some examples below.)

That's the number of results for a recent national job search for “Kubernetes” on the jobs site Glassdoor. While Kubernetes is not (and may never be) a common title, it is most definitely becoming a sought-after skill on IT teams.

Figure: 8,338 jobs appear in a national search for Kubernetes on jobs site Indeed.com

That includes 315 positions that were brand-new listings in our most recent search.

Bear in mind the numbers change regularly. And with Kubernetes, expect them to increase for the foreseeable future.

Fact: These positions are represented by a range of popular IT job titles

Focus less on the titles and more on the actual job description to maximize the value of your Kubernetes skills.

If Kubernetes hiring isn’t often explicitly reflected in job titles, what titles do increasingly pair well with the container management platform? For starters, some of IT’s most ubiquitous and generalized titles, such as “software engineer,” now include the technology in their job descriptions.

Here’s a list of other popular or growing titles that showed up in recent job searches for Kubernetes-related roles. You can add the word “senior” in front of almost any of these for roles that expect a particularly deep level of professional experience:

And that’s just a representative sample. You may also note the persistence of the term “engineer” in roles currently demanding Kubernetes know-how.

One takeaway: Focus less on the titles and more on the actual job description to maximize the value of your Kubernetes skills.

Any info on training?