How to explain augmented reality in plain English

Augmented reality (AR) has moved beyond headsets and gaming and into industries like manufacturing and healthcare. Here’s how to explain what AR is – and isn’t – to a variety of audiences 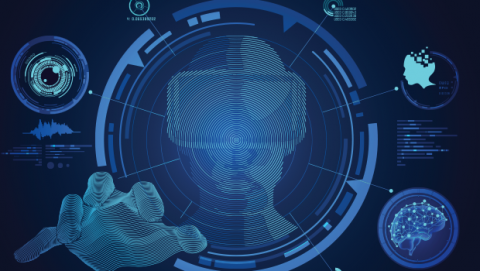 When you say augmented reality, people often think of movies like “Iron Man.” But augmented reality (AR) has moved beyond Hollywood, headsets, and gaming and into use cases such as inspection and repair. As interest in AR grows, IT leaders will need to discuss what AR can and can’t do in terms that colleagues, customers, and other audiences will understand.

IDC predicts that worldwide spending on augmented reality (AR) and virtual reality (VR) will reach $160 billion in 2023, up significantly from their $16.8 billion forecast for 2019. “Augmented reality is gaining share in the commercial market due to its ability to facilitate tasks, provide access to resources, and solve complex problems,” says Marcus Torchia, IDC’s research director for Customer Insights & Analysis.

Industries like manufacturing, utilities, telecommunications, retail, healthcare, and logistics are increasingly adopting AR for a variety of uses, including assembly, maintenance and repair, education and training, retail showcasing, and diagnostics.

[ What are some real-world examples? Read our related article: 5 interesting AR/VR projects in action. ]

Yet AR may not be that well understood by others in the enterprise. Many people mistakenly equate AR with virtual reality, although the two offer distinctly different ways of shifting a user’s experience. Some people assume it’s a futuristic tech. Others may have no idea that AR could have broad applicability in the enterprise and that it can be delivered in any number of ways.

Let’s break AR down and cut through the misunderstandings in plain terms.

What is augmented reality? 5 ways to explain

At its most basic level, AR capabilities layer digital information in some form or another atop the analog world in which we live. Here are five simple definitions that may prove useful when engaging in conversations around the potential business value of AR:

Unlike VR, Gartner says, AR is not a simulation of reality – rather, it integrates and adds value to the user’s interaction with the real world.

AR examples, beyond headsets and Hololens

“If anything, phones and tablets are much more common, even if they are not hands-free like a headset.”

Microsoft’s HoloLens headset has been a very visible AR tool, but as experts point out, AR is a much more versatile technology. “Microsoft HoloLens is a poster child for AR, but one has to keep in mind that headsets are not the only way to render it,” says Ma. “If anything, phones and tablets are much more common, even if they are not hands-free like a headset.”

Indeed, that’s one of the most common misperceptions about AR ­­­– and one that can worry users who aren’t keen to wear a headset. Emrich points out, “AR can be experienced today at scale on handheld devices like smartphones and tablets, on magic mirrors and smart displays, as part of projection mapping experiences, as well as wearable devices currently available (and soon to launch) to the market such as smart glasses and hearables.”

Another false assumption is that all AR experiences resemble or are intended to look like something out of “Minority Report” or “Iron Man.” “The fact of the matter is that AR comes in various forms,” says Laroue. “Pokemon Go showed us location-based AR on smartphones. SnapChat gave us video-see-through facial filters (i.e., digital overlays on top of a digital video feed)." Transparent smart glasses enable optical-see-through AR experiences.

Bose, for one, prototyped AR glasses that layered in sound rather than images. In addition, AR experiences vary in terms of their user interfaces, adds Laroue. Some involve physical controllers, while others may integrate voice or gesture controls.

AR use cases in the enterprise market

Emrich likes to explain the value of AR as giving workers “superpowers” via the additional layer of knowledge and insight that AR tools can provide: "AR is already enhancing the workforce in pharmaceuticals, oil and gas, military, aerospace, automotive, manufacturing, and more.”

Industrial use cases are likely to continue to be the most widely adopted for a time, Emrich adds, and were among the first to deliver real benefits.

“In the near term, enterprise AR use cases will be relatively simple and widely applicable,” Laroue says.

One example: The “remote assistance” or the “see-what-I-see” use case.

One example of that is AR for “remote assistance” or the “see-what-I-see” use case. Consider an inspector or repair person in the field: “Enterprise AR adoption within the remote assistance space can be beneficial across a wide range of industries that require inspection, maintenance, and repair out in the field,” Laroue says. “AR remote assistance can be deployed across a wide range of industries, including HVAC and appliance repair, utilities, restaurant, retail, manufacturing, insurance, and many more.”

When will AR become more ubiquitous in the enterprise? Some factors to watch, according to Laroue: more of the physical world getting digitally mapped (using GPS, computer vision, and motion sensing); glasses becoming light, immersive, and cheap (less than $1,000); and 3D content creation and authoring going mainstream.

For now, business leaders need to consider what their actual needs are and what problems they’re looking to solve with AR. “It’s very easy to chase flashy AR or mixed-reality features and lose sight of the true goal of improving efficiency or reducing costs,” Laroue notes.

As with many emerging technologies, you can’t lose sight of the business goal. Some problems may be better solved with a smartphone/tablet solution than a hands-free option like smart glasses. “This is all will factor into finding the right AR solution at the right price,” Laroue says.