Has DevOps lost its groove?

The noise around the term “DevOps” just grows. But cultural shifts don’t happen overnight – and can’t be packaged

More than a decade has passed since the DevOps movement was born, but its practitioners continue to struggle to define this combination of philosophies, practices, and tools. The lack of a common meaning has in many ways turned DevOps into an empty buzzword.

But for companies like Google, Netflix, and Facebook that have internalized it as a philosophy, DevOps is far from a meaningless term: Its practices have the ability to fuel transformation and boost the bottom line.

How DevOps lost its groove

It’s notoriously hard to measure the ROI of cultural shifts.

DevOps is a movement that aims to help enterprise businesses increase their ability to generate features and launch products at a high velocity. As DevOps was brought into the mainstream, however, several challenges arose. So-called DevOps experts repeatedly failed to operationalize and scale DevOps in enterprises. Many DevOps initiatives stalled due to teams’ inability to justify the expense; it’s notoriously hard to measure the ROI of cultural shifts.

And as developers looked for on-the-ground tools to bring to life what had largely been an intellectual pursuit, the market responded with a catalog of products geared toward aligning teams around their interpretation of the software development lifecycle. Instead of DevOps being promoted only in books and meeting rooms, developers had a way to download it, and product companies turned “DevOps” into a marketing slogan.

A web search for “DevOps solutions” yields pages upon pages of providers that pepper their promo materials with vague references to DevOps. They assert that their company alone has the secret sauce: “We know the DevOps philosophy and have you covered,” “Get a common language to successfully adopt DevOps practices,” and “Learn how our solution can help you implement DevOps at any stage.” DevOps has become a cure-all, something to solve all your software development problems – all you need to get your products to market faster is a software license.

If only it were that easy.

We now embrace a healthy cynicism when we hear the term “DevOps.” There are worse fates than becoming a buzzword, but all the noise distracts from what DevOps is really about.

What we know about DevOps: Velocity creates value

Google’s internal development team can run more than 500 million tests on 4 million builds a day because of DevOps. DevOps’ core principles – collaboration, automation, and improvement – enable generally accepted truths of doing business: Improvements to software delivery requires the ability to measure results and share those results across the organization to realize incremental improvements, and getting features and products to customers faster generates competitive advantages and greater market share.

There are worse fates than becoming a buzzword, but all the noise distracts from what DevOps is really about.

But while speed to market is the “do or die” of DevOps, it’s not that easy in practice. Organizations have found DevOps’ benefits to be elusive and difficult to realize.

In part, that’s because DevOps provides a loose set of principles and cultural philosophies but stops short of providing the “how.” Implementation of its principles, and the tools and new ways of working it leverages, is left up to interpretation. To benefit from DevOps, you must take into consideration this limitation. Because it’s not prescriptive around the precise management of services, looking to DevOps for answers on how to execute software delivery will send you down a dead-end road.

Google has tackled this challenge head-on. When Google published its manifesto on site reliability engineering (SRE) in 2016, the company took the philosophy of DevOps and activated it, turning it into an instructional guide. Like the agile movement, which espoused a set of principles; and scrum, which came along later to provide the foundation, SRE brought the synergy between operations and development teams into the mainstream, giving Google the blueprint to be able to run those 500 million daily tests.

And new structured frameworks are emerging that enable organizations to benchmark their success with DevOps. In the 2019 State of DevOps report by Google’s DevOps Research and Assessment group (DORA), a new set of metrics enables enterprise leaders to identify from low to elite where they rank on a number of aspects of delivery performance. The report also provides a handful of strategies to scale DevOps, such as creating a training center, multiple proof-of-concept phases, and forming communities of practices. Forging new DevOps practices that accelerate software development has never been more achievable.

Moving beyond the buzzword in your organization

DevOps is more than hype. It enables organizations to culturally ingrain speed and agility, rapid development, the ability to scale, and collaboration across the organization. It’s not one-size-fits-all: It’s built upon the notion that a solution is determined by the structure of an organization. Netflix and Amazon, for example, now orient dev teams into small squads, each of which is responsible for executing an elemental piece of the overall system.

DevOps is part of a journey to learn, iterate, and improve – and that means success won’t be found overnight.

DevOps can be transformative only if adoption is not embraced as a set of tools but as a set of practices, principles, and disciplines that extend throughout the organization, shaping the culture as well as the process. DevOps is part of a journey to learn, iterate, and improve – and that means success won’t be found overnight.

The DevOps movement is also rapidly expanding to become DevSecOps, bringing privacy, security, and controls under the umbrella of DevOps. Don’t fall into the same trap of quick fixes and cure-alls. The need to identify cyber threats before they happen demands operational rigor that can’t be supplanted with an off-the-shelf product.

The same holds true with the future of AIOps. To achieve artificially intelligent operations where big data can be analyzed by bots to automatically resolve issues in real-time requires significant organizational adaptation. The lessons learned from DevOps is that these types of cultural shifts don’t happen overnight and can’t be packaged.

DevOps doesn’t have to be a buzzword in your organization. The meaning it has for your teams will be determined by how you turn its key principles of collaboration, automation, and improvement into practice. 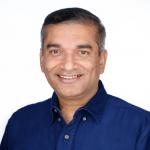 Raja Roy is vice president of technology at PK. As the experience engineering firm, PK works with world’s most customer-obsessed companies to create pioneering experiences and accelerate outcomes. Raja has nearly 20 years of experience leading technology strategy, initiatives and innovation for Fortune 500 brands.
More about me

Dear Raja, Very relevant article especially when IT orgs is at crosspaths to continue reinventing itself or look "cool" while talking about newer trends like AI/ML, BlockChain, DevOps etc.

Its important for IT orgs to realize relevance and need for DevOps in their arena and pick up right use-cases to test the waters.
Security, AI are good extensions of DevOps you talked about. Even Blockchain too.

Great article. As stated, DevOps adoption requires far more than a software license for everyone on the team. It's a mindset, and one that needs to be shared across the entire team to fully recognize the benefits.

One of the best DevOps articles I've ever read

Nicely written article , highlighting that focus needs to be on the process and not some tools that DevOps provide. Bringing in some examples re-iterates the problem that is so often seen/heard in the discussion. Insightful thought presentation.