CIO role: Does a CIO need a tech degree anymore?

A technical degree used to be a must-have, but recruiters and some CIOs say that’s changed. Economics, history, and psychology majors are climbing the ladder to the CIO role 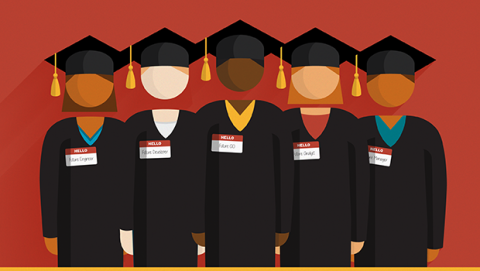 There’s little debate that the CIO’s role has morphed from head of the tech order-takers to strategic business leader in most organizations. As part of digital transformation work, CIOs are refashioning business processes, creating new lines of revenue, and ensuring better communication with customers. That begs the question: Does the CIO even need a tech degree anymore?

Many IT leaders say the answer is no ­– with some important caveats. CIOs don’t need to have an engineering or technology-related diploma, says Larry Bonfante, veteran CIO and founder of executive coaching and consulting practice CIO Bench Coach, but they do need an understanding of what’s possible and how to leverage technology.

Melissa Swift, leader of Korn Ferry’s Digital Advisory for North America and Global Accounts, pointed out in a recent Enterprisers Project article about increasing the number of female CIOs that businesses such as Cisco, GE, and Petco have appointed top IT leaders from finance, marketing, and supply chain backgrounds – with success.

An overwhelming majority of technology hiring professionals say it has become more acceptable to hire candidates with alternative qualifications.

An overwhelming majority – 96 percent – of technology hiring professionals said that over the past two years it has become more acceptable to hire technology candidates with alternative qualifications, according to a survey conducted by talent management software maker iCIMS. “We’re seeing that it’s no longer a requirement for CIOs or other tech leaders to have a technology-related degree,” says iCIMS CTO Al Smith.

A strategic role demands a candidate skilled in much more than engineering. However, those CIOs without a tech education must take important steps to ensure they have sufficient technical understanding to lead the IT organization. For some, it means constant learning on the job and a brain trust of tech experts in various areas, for example.

Why STEM degrees are less important

“Modern CIOs are much more the archers than the arrows.”

Many IT leaders and recruiters believe there are significant benefits to having a broader background than simply technology. “Modern CIOs are much more the archers than the arrows,” says Joe Olson, VP at retained executive search firm ON Partners. “They are expected to have solid financial discipline paired with commercial strategy in order to understand both the how and the why.”

One of the most important skills a CIO must possess today has nothing to do with tech, according to Shawn Lehocky, who oversees IT as chief strategy officer at law firm Pond Lehocky Stern Giordano and CEO of Legal Ops – it’s communication.

“It doesn’t matter how many tech-related degrees I have if I can’t communicate the impact my department has on the overall business,” says Lehocky, who got his degree in economics and later earned an MBA with a concentration in data analytics.

Critical thinking is also more important than whether one took programming classes in college, he says. “The rate of change in technology is happening so rapidly that the platforms and techniques we learned in school a decade ago may now be obsolete.

“When I’m interviewing prospective team members, for example, I’m not as concerned about their background or experience,” Lehocky adds. “I care most about their understanding of the business, how they break down problems, and how they can react and create solutions when technology is down.”

AMAG Pharmaceuticals CIO Shannon Gath studied mechanical engineering, but she says some of the best CIOs she’s encountered have psychology degrees. “Everything technology does creates change within an organization. In order to be a successful CIO, you need to be able to create a vision, mobilize and inspire your team, and get buy-in from important stakeholders throughout the organization,” Gath says. “An effective CIO will understand all areas of the business and will prioritize and focus on building relationships in order to build trust.”

In fact, recruiters say the reality of today’s talent market compels companies to look at candidates with varying degrees.