CIO role: Who should the CIO report to?

Fifty-one percent of CIOs now report to the CEO. With the CIO wearing the hat of digital transformation leader, why are so many still reporting to the CFO or COO? 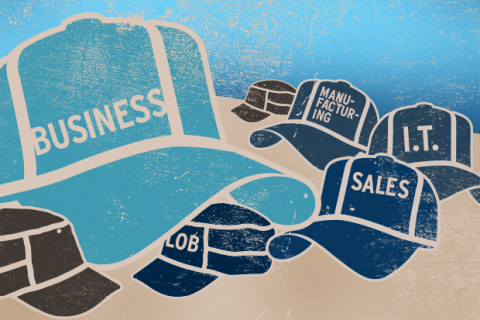 Today’s IT leaders either lead or take a key role in the ongoing digital transformation required to remain viable in today’s marketplace. As CIOs take on more – and more visible – responsibilities in the enterprise, it makes sense to examine the prevailing reporting structures for the CIO role.

Once upon a time, CIOs were most likely to report up through finance, a choice that some say was a sign of the times: IT was viewed as overhead to be minimized rather than a strategic asset for the business. Today, many argue that a direct line reporting to the CEO is the ideal structure for the strategic CIO. Indeed, a recent study by Deloitte’s U.S. CIO Program found that just over half (51 percent) of CIOs in the U.S. were reporting to the chief executive (as were 40 percent of global CIOs overall).

While the number of CIOs reporting to C-suite executives other than the CEO has been declining through the years, Forrester found that almost half still do. Its Predictions 2020: CIO report went further, suggesting that companies that failed to change their CIO reporting structure to reflect the business-critical nature of the role would struggle to hit their growth targets.

“These numbers will only increase in coming years as there is an increased focus on areas like AI.”

Early last year, Spencer Stuart also looked at three years of CIO data and painted a picture of a rapidly advancing position. Finding that 41 percent of CIOs reported to the CEO at the time, the report noted that that number didn’t tell the full story. “These numbers will only increase in coming years as there is an increased focus on areas like AI and digital infrastructure, and technology evolves from a tertiary function to a business necessity,” the authors noted.

[ What's next for the CIO role? Read also: CIO role: Everything you need to know about today’s Chief Information Officers. ]

Right now, however, it’s a mixed bag of reporting relationships for the head of IT. “The top four reporting structures for a CIO are to the CEO, COO, CFO, and – at times – the CAO,” says Carol Lynn Thistle, managing director at CIO recruiting firm Heller Search Associates. Answering to the CEO might seem, to most IT leaders, the ideal situation.

“The CIO is required to know every aspect of operations in a company, and in order to do that they must be situated correctly on the org chart,” Thistle says. “With every company essentially becoming a technology company, the CIO reporting to the CEO makes the most sense, regardless of industry.”

However, there are scenarios in which the other reporting relationships may make more sense – and there are pros and cons to each option.

1. CIO reporting to the CEO

“In the eyes of the CIO talent market, reporting to the CEO is the most desirable.”

This is a clear sign that the company values IT as a business enabler, says Larry Bonfante, veteran CIO and founder of executive coaching and consulting practice CIO Bench Coach. As a result, most job-hunting CIOs are attracted to this situation. “In the eyes of the CIO talent market, reporting to the CEO is the most desirable because it demonstrates the value that a company places on technology as an enabler of business performance,” Thistle says. Forrester found that in financial services and life sciences, a higher percentage of CIOs report to the CEO because IT plays a more critical role in such industries, given the infrastructure needs and sensitive data involved.

Pros: CIOs who report to the CEO usually have a seat on the executive committee, regular opportunities to present to the board, and involvement in critical business decisions and strategic planning. “CIOs I have worked with over the years feel strongly that with this reporting structure, IT is viewed as a true business partner,” Thistle says.

Cons: If the CEO is juggling too many direct reports, the CIO might not have the support or direction he or she needs.

2. CIO reporting to the COO

This may indicate that the organization sees IT as key to operational performance, says Bonfante.

In many cases, this reporting structure has less to do with industry and more to do with the CEO’s focus.

In many cases, however, this reporting structure has less to do with industry and more to do with the CEO’s focus, according to Thistle. In those cases where a business has a very broad organizational chart and the CEO has multiple direct reports, having the CIO report to the COO makes sense, Thistle says.

Pros: When the COO is boss, the CIO may still have the opportunity to present to the board. “The COO has deep involvement and knowledge of the operations of the business, and the strategic focus on growth and/or transformation for the company,” says Thistle. “CIOs may view this as the next best reporting structure next to the CEO.”

Cons: Forrester has noted that working for the COO can lead to an overweighting of operational goals or metrics, with less focus on growth-oriented metrics such as, say, NPS [net promoter score] or a customer experience index.