Sometimes, digital transformation means getting bagels in customers’ hands faster. Listen to real-world stories of how to get – and stay – closer to customers 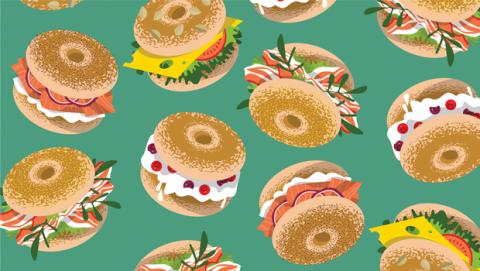 Organizations engage in digital transformation as much out of necessity as desire, scrambling to keep up with the opportunities promised by technology and threats from technology-enabled competition.

No matter your industry, that transformation should be laser-focused on customers. IT leaders shared these three principles that work, based on real-world digital transformation projects:

Whether you are the CEO, CFO, a department head, or a team leader, take aim at the biggest obstacles to success.

“It really does center around the why, making sure you’re centering a team on the why,” says Chris Laping, Chief Innovation Officer of Coffee and Bagel Brands, the parent company of Einstein Bros., Bruegger’s, Noah’s NY, and Manhattan Bagels. With “innovation” versus “information” in his title, his role includes traditional CIO duties but also reimagining company operations. He is the author of the book “People Before Things: Change Isn’t an End-User Problem.”

The company had a loyalty app: What it really needed was an order-ahead app.

When Laping arrived at the company in 2018, it already had a mobile app, but that app was created for a loyalty program. Giving people points for repeated visits didn’t solve the company’s biggest problem, which was that too many customers weren’t coming back after their first visit. Laping boils all the company’s customer research down to one sentence: “They love us for our bagels, they like us and love us because we’re friendly, and they hate us and leave us because we’re slow.”

Laping is working with the rest of the leadership team to change the perception of slow service in many ways, including digital, training, and operational changes.

That meant the mobile app it most needed was an order-ahead app, so the customer’s meal would be waiting for them when they arrived. Getting that app out the door meant setting aside for later many other desirable features, including dozens of behind-the-scenes integrations.

The IT team had to be instructed on achieving the goal that would make the biggest difference for customers, as soon as possible, rather than letting the list of requirements balloon. “When we start with IT, we tend to complicate things,” Laping says. Issues like scalability and integration will become more important as usage grows, but focusing on them prematurely would have gotten in the way of beginning to solve the slow service problem as soon as possible.

At the same time, Laping encourages his team not to think of shipping a “minimum viable product” but a “minimum loveable product.” In a world of word-of-mouth marketing, positive buzz is important, he says, “so it has to be worth talking about.”

“One thing I see that is very, very clear is that instead of organizing around top-down directives, we need to think of digital leaders as organizers,” says Dion Hinchcliffe, VP and principal analyst with Constellation Research.

One of the biggest initiatives in many organizations is redesigning the customer experience. While that is not limited to digital interactions with customers through websites or apps, even the offline interactions between employees and customers are frequently enhanced by digital tools that help employees understand and meet customer needs better. “The problem is no one is in charge of the customer experience at these organizations – people are in charge of pieces of it,” Hinchcliffe says.

That means if an organization is to improve the total customer experience, everyone involved must be much more collaborative, Hinchcliffe explains. Good ideas for improving the customer experience could come from the CIO, the CMO, the Chief Digital Officer, or someone farther down in the organizational hierarchy, he adds, but whoever it is will need to seek influence over leaders who control other pieces of the puzzle.

The exception is when the initiative starts with the CEO – as some research suggests the best digital transformation efforts do. Hinchcliffe points to the turnaround at Ford Motor Company under former CEO Alan Mulally as an example: “He came out with a statement that said essentially, ‘We are a software company. We also make drive trains, but software is going to be the primary way we engage with customers inside the car and outside of the car.’ “

Big-picture leadership from the top makes a difference but still leaves many details to be sorted out through cross-functional collaboration, Hinchcliffe says. “You have to understand that leadership can come from anywhere, and digital is a force multiplier.”

3. Keep up with information flows

Interconnected digital systems mean information flows more freely than ever before, which is one of the main factors reshaping businesses and business processes.

Jonathan Feldman, CIO of the city of Asheville, NC, says that, like businesses, municipal governments are feeling pressure to meet the expectations of their customers, the citizens, and businesses in town – and getting punished when they don’t on social media.

What happens when a city thinks like Cars.com? Citizens can ask to be emailed whenever a developer applies to construct a new building.

When negative information can flow so freely, encouraging positive information flows is even more important, Feldman says. One of his favorite recent initiatives came not from IT but from the department that oversees new commercial development in the city. Its leaders realized that requiring the developer to post a sign on the property where a new building was planned is a slow and inefficient way of getting the word out. Not only is that bad for people in town who might object, Feldman points out, but it is arguably bad for the developer not to flush those objections out sooner.

For example, suppose community pressure prompts the city to rule that a building is too tall, he says. “That may mean the builder has to increase the footprint to get the same square footage to make the building economically viable. If that comes out late in the process, it costs a lot of money because you’ve got to redesign the building.”

Now citizens can register on the city’s website to receive an email notification whenever an application is submitted, either for the whole city or in their neighborhood. Citizens can have the same level of access to information as the best-connected developers and attorneys – so immediate, in fact, that citizens may find out about an application before Development Services Department personnel have had an opportunity to review it.

<a href="https://testleaf.com/course/selenium-training-institute-in-chennai-weekends">Selenium Training In Chennai </a>

You completed a number of nice points there. I did a search on the issue and found <a href="https://www.excelr.com/data-analytics-certification-training-course-in-pune/">ExcelR Data Analytics Course Pune</a> nearly all people will have the same opinion with your blog.

<p>one day we are finding <a href="https://punjabistatuss.com/c/punjabi-

Great post I must say and thanks for the information. Education is definitely a sticky subject. However. I have learn lot from your blog thanks to update.
<a href="https://www.analyticspath.com/machine-learning-training-in-hyderabad/"> Machine Learning Training In Hyderabad </a>

Welcome to OneBarkPlaza's Puppy Finder! All kinds of dog and puppy breeds are available in our stock. Take them home now! <a href="https://onebarkplaza.com/puppy-breed/golden-doodle/"> Goldendoodle Puppies for Sale </a></b>