The chief data officer position is growing not only more prevalent, but also more prominent, as part of digital transformation work. Here’s how and why CIOs should cultivate this partnership 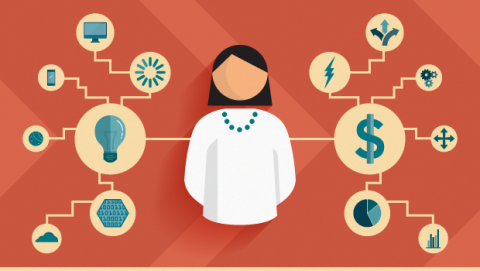 As more organizations recognize the importance of leveraging big data and analytics to drive smarter business decisions, the role of the chief data officer (CDO) has taken center stage. (That’s chief data officer, not to be confused with chief digital officer, a role for which hiring has slowed.)

Nearly 63 percent of senior Fortune 1000 business and tech decision-makers said their organizations had an appointed chief data officers in 2018, compared to 12 percent in 2012, according to a survey by NewVantage Partners. Gartner predicts that three-quarters of large organizations will have a CDO by 2021.

The role is 100 percent necessary as data and the intelligence it can provide continues to grow, says Dave Castellani, senior vice president and business information officer for New York Life. “Data is a business asset that technology can protect but provides value directly to the business,” he adds.

The chief data officer position is growing not only more prevalent but also more prominent. According to Gonzalo Zarza, Ph. D., Globant‘s AI & Big Data Studios technical director, today’s CDO is now responsible for not only developing and enforcing a consistent data strategy but also helping the businesses view data as an enterprise asset with strategic value.

Most chief data officers now report directly to the CEO.

“In 2019, what was a concept of a CDO role has become reality,” says Todd Wright, head of data management and data privacy solutions at SAS. “What was first viewed as a tactical cost center role has evolved into one responsible for utilizing data to increase efficiencies, strengthening operations, and contributing to the organization’s financial growth.”

Given the magnitude and impact of their work, most CDOs now report directly to the CEO, whereas in the past the data organization typically reported up through the CFO or CIO. That means the CDO is now a peer of the CIO ­­– one that it makes sense for smart CIOs to ally with in order to further their digital transformation goals.

[ What’s next for the CIO role? Read also: CIO role: Everything you need to know about today’s Chief Information Officers. ]

What the chief data officer does: 5 responsibilities

“The CDO is essential in creating an accelerated path forward to digital transformation,” says Vijay Anand, vice president of product marketing and enterprise analytics at MicroStrategy. CDOs generally have five major responsibilities in the enterprise:

1. Leading the organization’s overall data strategy. “It is critical that CDOs working with line-of-business departments establish overall goals for each department, including how data management and analytics can help meet the goals,” Wright says.

2. Evaluating and prioritizing data-driven initiatives. “Pursuing endeavors that require more than six months to a year to implement and launch can ballast the entire company data strategy,” says Zarza. CDOs play a critical role in deciding which investments make sense for the organization.

“The CDO and CIO should be partners with equal power across the company.”

3. Developing and harnessing new data and analytics solutions. “CDOs must work from beginning to end with IT and/or the CIO to ensure that the right technology components are in place to get data-driven programs off the ground,” Wright says. “The CDO and CIO should be partners with equal power across the company.” They will be balancing tactical and strategic initiatives, especially when it comes to technology implementation (the emphasis is not on implementation, which CDOs should leave to the CIO).

[ Are you stuck on the road to more data-driven decisions? Read also: 5 steps to becoming a data-driven leader. ]

4. Establishing an analytics culture and data literacy. The CDO must be the leader – and even the evangelist – of the organization’s data culture, Zarza says. In MicroStrategy’s Global State of Enterprise Report 2020, 60 percent of those surveyed said it takes hours or days to get the information they need. “We recommend CDOs work toward building an insights-first culture that rewards data-driven decision-making and continuous transformation,” Anand says.

5. Measuring and communicating data’s value. Transparency is key as CDOs demonstrate the value of data, analytics, and AI. “The more data wins that can be shared around the company, the more likely the enterprise will embrace using data,” Wright says.

Why is the CDO-CIO partnership important – and what’s next? Let’s explore: