How will AI reshape your career? Your health? Your ability to tell real from fake video? Recent TED talks explore some fascinating AI questions 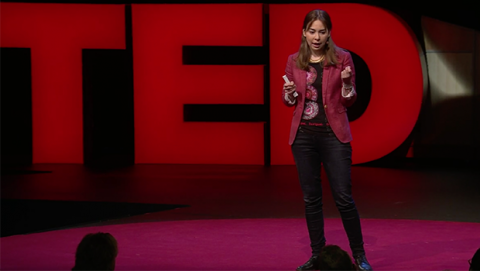 Artificial intelligence as a topic has long been a mix of both fascination and fantasy, the realm of both computer science and Hollywood movies. As AI and related sub-disciplines such as machine learning become a reality in our everyday lives, that fascination grows.

Now, though, we’re increasingly focused on how AI will actually impact us, from its applications in enterprise IT to much broader effects on jobs and the global economy, healthcare, government, and more.

A recent string of TED Talks speak to this shift from the speculative to the practical: How will humans and omnipresent AI actually coexist? What benefits will AI bring, now and later? How will AI revamp industries?

We’ve collected 10 recent TED Talks that explore these and similar issues in thought-provoking fashion. (OK, it’s really 9 serious TED Talks, plus a fun imagining of one future AI scenario.) This isn’t the stuff of movies and Netflix shows, but the real AI issues of our present and future.

1. How machine learning can teach us to build more effective teams

Former U.S. Marine Corps officer and current UPS manager Drew Humphreys shares ideas – based on both his experiences on the battlefield and as well in corporate environments – on how executives and managers can better prepare to lead in an increasingly automated, machine-driven future. Modern leadership, Humphreys shares, isn’t about control – it’s about empowering other people. “When I got out of the way, I unlocked human potential that I didn’t know existed,” Humphreys says. He notes that, somewhat ironically, some of the best leadership lessons can be learned from machine learning: For example, ML algorithms are only as good as the data we feed them. A similar principle holds true for how leaders share information with their teams.

2. How to be “Team Human” in the digital future

In an absolutely enthralling talk, media theorist Douglas Rushkoff warns of a world in which people are valued solely for their data rather than their creativity, one in which education is viewed as jobs training rather than, as he says, a reward for a job well done. It’s a contrarian look at the value of some of the key features of the digital landscape, such as social media and other ubiquitous apps, and how this landscape is devaluing humanity. “We have to stop using technology to optimize human beings for the market and start optimizing technology for the human future,” Rushkoff says. “But that’s a really hard argument to make these days because humans are not popular beings.”

3. How AI can save our humanity

Chinese venture capitalist and technologist Kai-Fu Lee explores how one of the fear factors around AI – that it will put many of us out of jobs – should actually be one its most empowering facets, provided we use the power of AI to help us re-embrace core human values such as love. Instead of mythologizing working around the clock (or “996,” as Lee puts it) as a virtue, we should be considering how AI can free us to spend more time with our families and other important people in our lives – instead of defining ourselves largely through work. “The Industrial Age has brainwashed us into thinking that work is the reason we exist, that work defined the meaning of our lives,” Lee says. “And I was a prime and willing victim to that type of workaholic thinking.”

4. A new way to monitor vital signs (that can see through walls)

One of the ways in which AI will increasingly move from the stuff of overwrought speculation into everyday reality is when people better understand how AI (and disciples such as machine learning and deep learning) might have monumental impacts in specific contexts, such as healthcare and health monitoring. MIT researcher Dina Katabi demonstrates how advances in wireless technologies and machine learning could soon revolutionize healthcare monitoring – which today often requires invasive procedures or bulky wearables, and often in-person visits.

5. Can we protect AI from our biases?

There are many vital social, economic, and ethical questions about a future that is increasingly dependent on algorithms in so many facets of life. Here’s one of the urgent ones: What happens when those algorithms are injected with human biases and prejudices? Documentary filmmaker Robin Hauser explores this problem, noting that once our AI systems are injected with human bias, it will be challenging to remove. We also recommend “How I’m fighting bias in algorithms,” a TED Talk given by MIT researcher Joy Buolamwini, as a must-watch on the critical issue of AI bias.