Celebrate Pi Day, March 14, by doing one of these Raspberry Pi projects with your team – or your kids 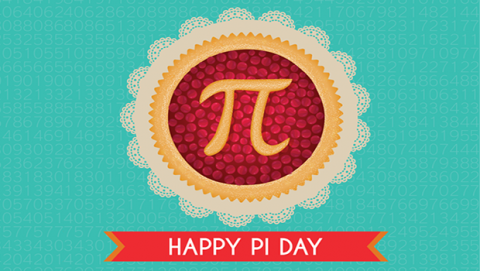 People have been celebrating Pi Day on March 14 for more than 30 years, and 10 years ago it became an official national holiday in the United States. A quick Twitter or Google search will likely uncover dozens of pizza and pie deals in your area from retailers getting into the spirit. But many people like to take the celebration a step further by engaging a budding mathematician or technologist in a Pi-related project or challenge.

We thought we’d focus on another popular Pi in the tech world: the Raspberry Pi – a small computer that aims to put the power of digital tinkering into the hands of everyone. Below are five projects you can take on with your team or your kids on Pi Day or any day of the year. Of course, feel free to eat a slice of pie while you work.

But first – You’ll need to gear up. Anderson Silva put together a helpful guide for Raspberry Pi beginners on Opensource.com. If you’re not sure which model to buy, start here.

Build a RetroPie – A Raspberry Pi can magically transport you back to your childhood living room sofa and re-connect you with your favorite classic video games. This is a perfect project for kids or for team building at work (Mario tournament, anyone?).

“My son, 17, like many of his generation, is enamored with video games,” says Jason Crowley, business lead at Dexter Edward LLC. “I had the same affinity when I was younger. Today, I don't have the time, energy, or desire to invest the hours today's games require. This shift in our respective maturities has led to a noticeable decline in our ability to communicate and interact.”

“The idea of building his own gaming system, regardless of graphics and age, appealed to my son, who became extremely focused on the build."

Crowley discovered RetroPi, and he and his son used items they had on hand as well as equipment easily purchased online for about $50 to get to work. “The idea of building his own gaming system, regardless of graphics and age, appealed to my son, who became extremely focused on the build. Instructions and troubleshooting guides are everywhere online and easy to follow. All in all, we were done within a few hours,” he says.

“In the end, I was able to play games that were familiar to me and new to him. I even won a few. More importantly, I get to bond with him again. Easily worth $50,” says Crowley.

Make art – Using a 3D-printer, a Raspberry Pi, and some LED lights, Zack Akil built a mesmerizing work of art to decorate his wall. He detailed the steps here. If you tackle this project with your kids, you won’t just be creating the most unique night light on the block. You’ll be teaching them about the neural networks that power AI and machine learning.

“The light network is a glorified WiFi lamp,” Akil explains. “The real AI is running on a laptop connected to the same WiFi network. I wrote a handy bit of code that plugs into my standard neural network programming environment, and while I train my algorithm, it sends the connection values (green = high value, red = low value, blue = near zero) to the light network in real time. Then I get to see my neural network learning. It will now live happily on my wall as an illuminating symbol of AI,” he writes.

[ Can AI solve that problem? Read also: How to identify an AI opportunity: 5 questions to ask. ]

Hack your chores – IT teams are accustomed to automating all their routine tasks at work. Have you tried bringing the magic of automation home to your family? There are Raspberry Pi tutorials on everything from watering the plants, to feeding the pets, to turning out the light. Check out five more home automation hacks here.

Run a VPN – This project most likely won’t appeal to kids, but IT teams might be interested to know they can run an open VPN server on a Raspberry Pi.

“I review VPNs with my team, and we did a small test on running our own OpenVPN server – just because we thought it would be cool,” says Jamie Cambell, a cybersecurity expert and founder of gobestvpn.com. “It was relatively easy to do and just goes to show that you don't need to pay a crazy high subscription fee to use a VPN. I recommend it for traveling or for those who want Netflix access in geo-blocked cases.”

Stephen Bancroft recently shared instructions for turning a Raspberry Pi 3B+ into a PriTunl VPN on Opensource.com.

You can build musical instruments with Raspberry Pi.

Pump up the jams – Whether at work or home, a Raspberry Pi can bring more music to your life. Angus Young (Gus) at Pi My Life Up details the steps for building an FM radio here. Before you get started, Gus says you should check radio laws in your country as there may be some restrictions around frequencies and broadcast range.

If you get tired of radio stations, you can make your own original music with a Raspberry Pi. Here are five instruments you can build.

And much more – Not a beginner with Raspberry Pi? There are more complex projects on everything from deploying Kubernetes to hosting your own cloud.